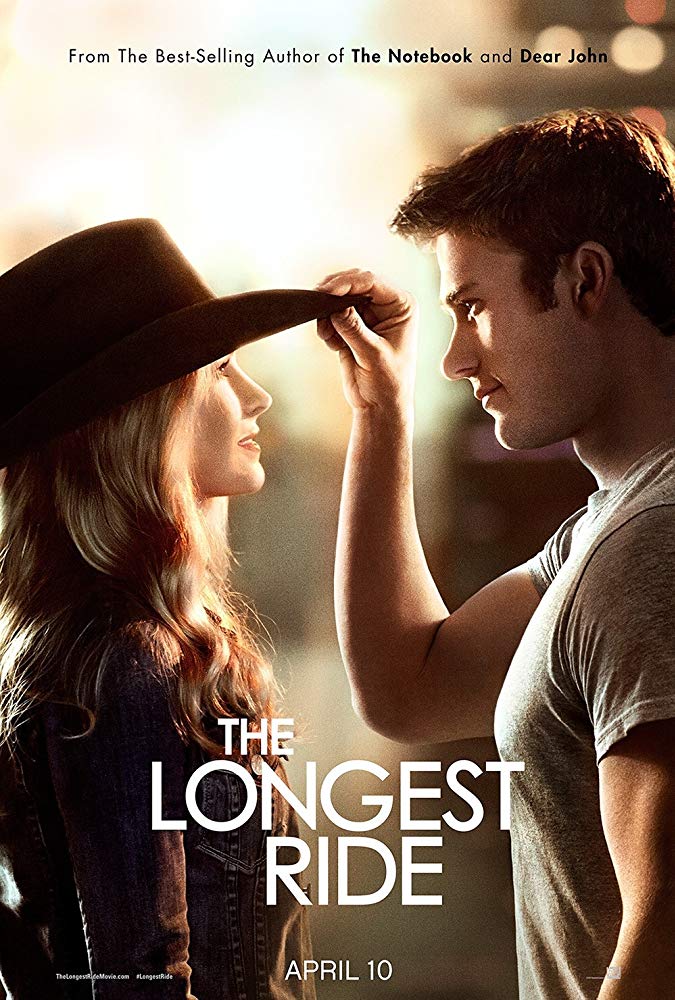 The Longest Ride truly lives up to its name; it’s a long, bumpy and dull ride. Par for the course as far as Sparks films are concerned.

Synopsis: The lives of a young couple intertwine with a much older man, as he reflects back on a past love. (IMDB)

There’s nothing worse than a boring movie. Even if a film is laughably bad, at least you have something to laugh about for the entire running time as it’s at least entertaining for the viewer. The Longest Ride can only be described as boring. There’s not much going on, and unlike most Sparks films of the past, it breaks the threshold and runs over 2 hours long. That’s the real killer of the film; its runtime. There’s just not enough material here to warrant such a long runtime. If it had been cut down 20-30 minutes, it may have made a decent entry in the Sparks canon. But, the end product of The Longest Ride is, unfortunately, an overlong, tedious and cliche film.

Another issue here is that Eastwood as Luke isn’t quite as good as the other leading men of past Sparks films; for example, Zac Efron was pretty great in The Lucky One, and Liam Hemsworth was the highlight of The Last Song. Eastwood isn’t nearly as charismatic as the other leading men have been, deterring from his character as a result. Not that there is much going on with his character either, but nevertheless, Eastwood doesn’t seem like the best casting choice.

The story itself is something we’ve seen before. There’s nothing particularly new here, but that’s not a nitpick that should be made when watching a Nicholas Sparks film. Sparks doesn’t really care if his material is new; he simply cares that the viewer enjoys the story, however familiar it may be. That’s a fair way to make a film, but The Longest Ride misses on both of those points. It’s cliche, yet still thoroughly unenjoyable. However, it is difficult to think of one noteworthy aspect about the film. The only thing that comes to mind is Robertson as Sophia. Her character was the best one in the film and managed to save it from being completely terrible.

The Longest Ride isn’t necessarily the worst movie, but it’s definitely one of the most dull ones. It brings nothing new to the table, butchering the good parts from other Sparks films. As usual, the characters weren’t the strongest part of the film, but after watching so many Sparks adaptations, that’s to be expected. Overall, if you’re a hardcore fan of romcoms or even Sparks films, The Longest Ride might do something for you. Ultimately, it was yet another unnecessary entry in the long line of Sparks films.