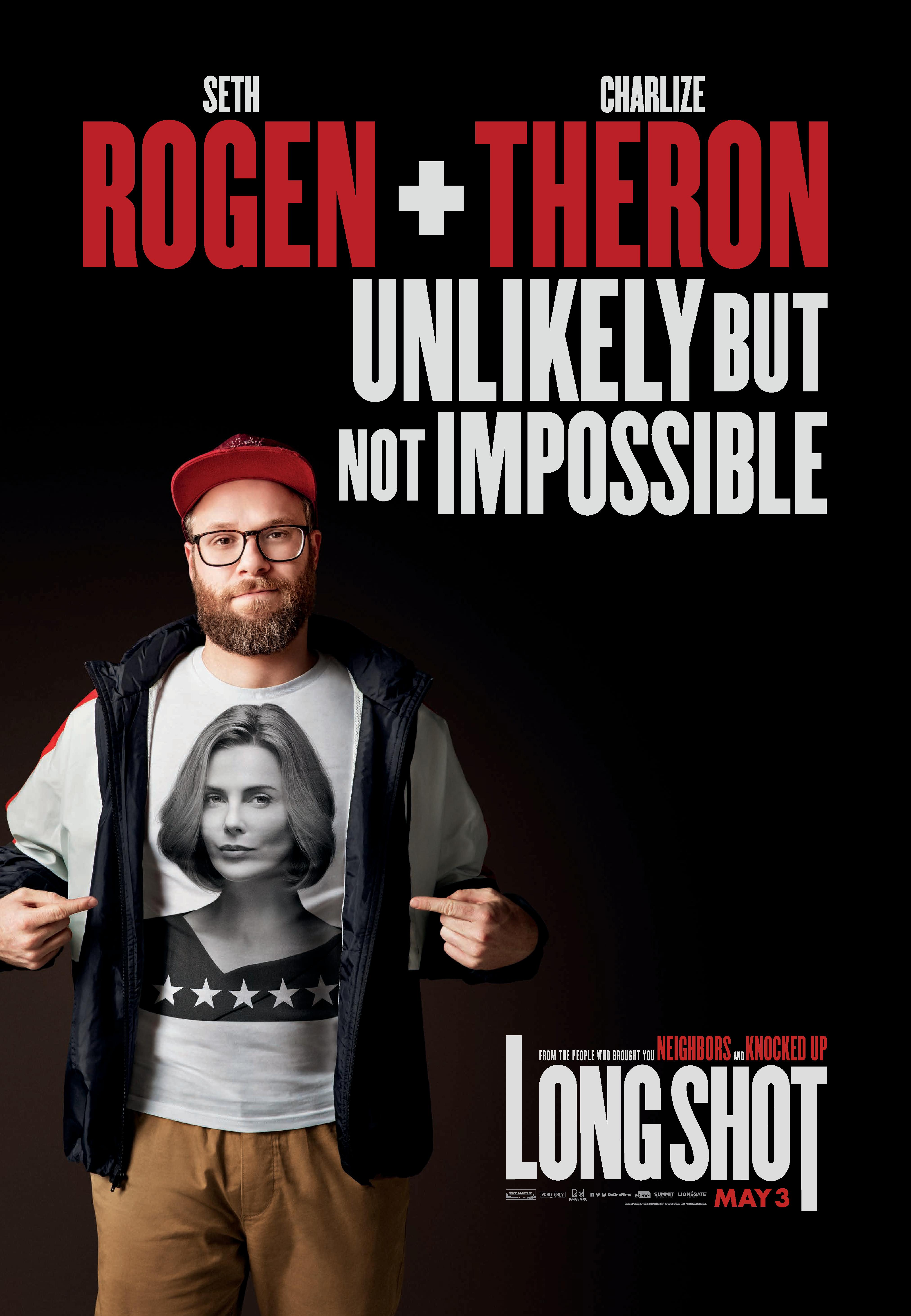 Long Shot was an arguably formulaic yet hilarious comedy that overdoes its premise perhaps a little too much but is ultimately driven by the excellent chemistry between Seth Rogen and Charlize Theron.

Most of the promotional material for Long Shot likes to mention how Seth Rogen and Charlize Theron’s characters in the film form an unlikely combination. Both actors are clearly mismatched in real life, anyone can see that. In fact, the film arguably goes too far out of its way to reinforce that fact. The film was about a hard-nosed political writer named Fred Flarsky (Rogen). Down on his luck, he would reunite with his childhood crush named Charlotte Field (Theron), a woman who just happened to be the U.S. Secretary of State who would also hold higher political aspirations. Needing help with her speeches, Field hired Flarsky.

Over the course of their time together, Flarsky and Field’s relationship would quickly evolve. Flarsky did not fit into Field’s inner circle whatsoever which was perhaps why she wanted him and none of her inner circle did. He stood out and the film would go out of its way to point that out. While funny at first, this would get old fast but his outsider-ness at least made him endearing to watch. Meanwhile, Field was a complex character in her own right. She was an ambitious and determined politician who would encounter the usual opposition when it came to being a woman in politics. To keep her from succumbing to the broken political climate, Flarsky would help to keep Field in check.

The best part of the film was Rogen and Theron’s excellent chemistry as Flarsky and Field respectively. The story may be formulaic and predictable but they made it fun to watch. Rogen was his usual self here as Flarsky wasn’t that much of a stretch from his usual comedic roles. Despite this, he was hilarious. Not known for comedies, Theron will surprise viewers here. She was hilarious here and her performance as a frustrated female politician was great as well. On a side note, Alexander Skarsgård can do no wrong as the caricaturish Canadian Prime Minister.

Perhaps this pairing wasn’t as much of a long shot as we thought.