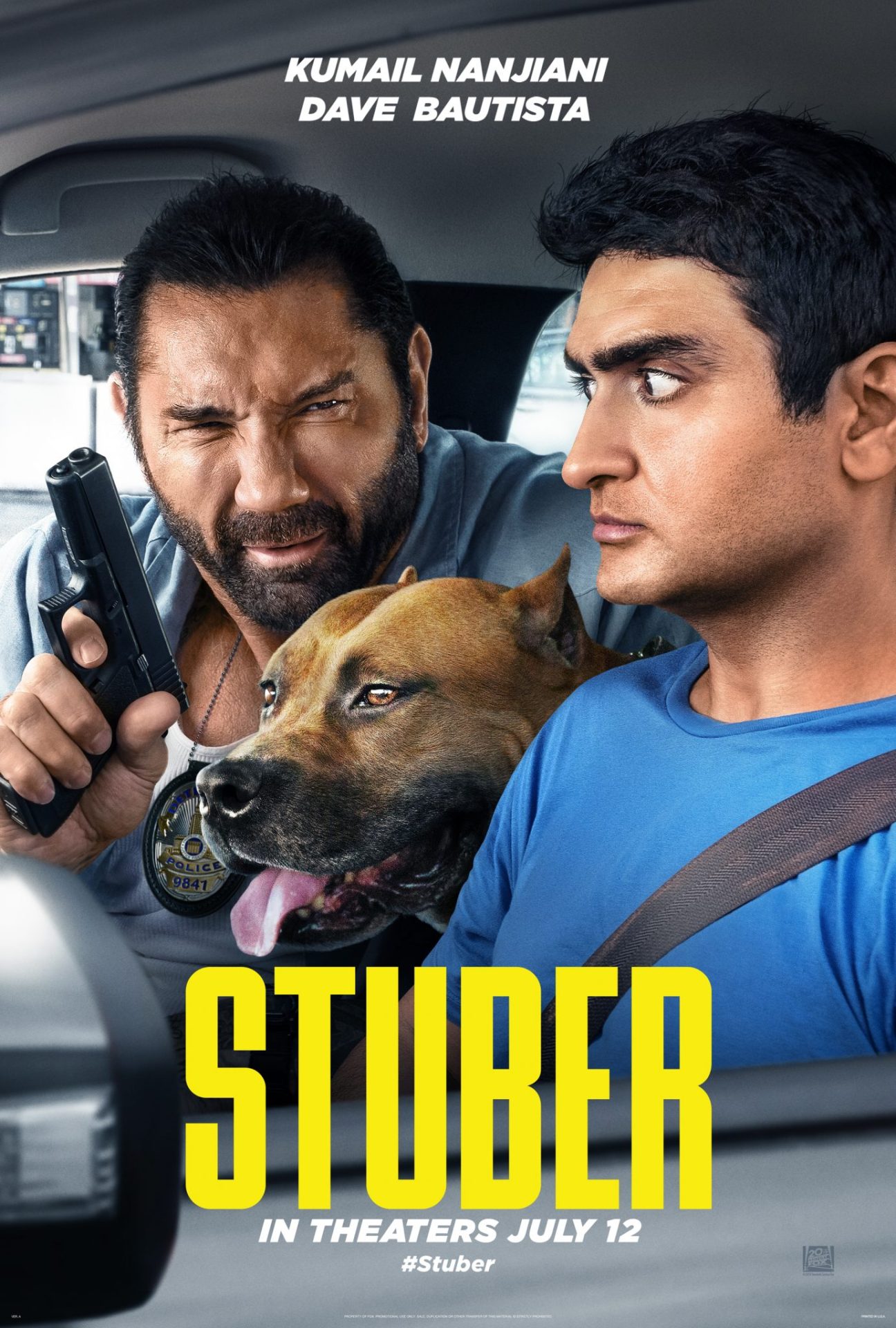 Stuber is a good action comedy with some exciting action, a lot of laughs, and plenty of heart. Nanjiani and Bautista were awesome and could do no wrong despite underdeveloped characters.

We haven’t had too many great buddy cop films as of late. Stuber hopes to buck that trend and is thankfully more than just a witty pun. The film was of course about an Uber driver named Stu (Nanjiani) who would unwillingly find himself trapped in the middle of a rogue police investigation led by a detective named Vic (Bautista). Clearly the two men couldn’t be anymore different as each would hold different motivations for continuing their relationship though the story could arguably have used a little more character development in that regard for both men.

The premise and thus the story of Stuber may have been predictable but it was still very entertaining to watch. Stu would obviously be out of his element compared to the much more physically imposing Vic. Is was these subtle and not so subtle differences between them that made them so fun to watch. Each man would have a different way of doing things. Watching their contrast in styles was often hilarious to watch as they would consistently keep finding themselves in trouble. In terms of action, there would be just enough to be had. Whether it was driving or fight/shooting sequences, each were well shot and exciting.

Ultimately, the performances were the best part of Stuber because it would not nearly have worked as well if not for Nanjiani and Bautista’s great chemistry as Stu and Vic respectively. Stu may be the type of character that Nanjiani has played countless times before but he was still very likable here and his great comedic timing was again on display here. The same was the case for Bautista who plays another action-oriented character. He could definitely handle himself with action, however, his comedic timing may surprise here as he was often hilarious as well.