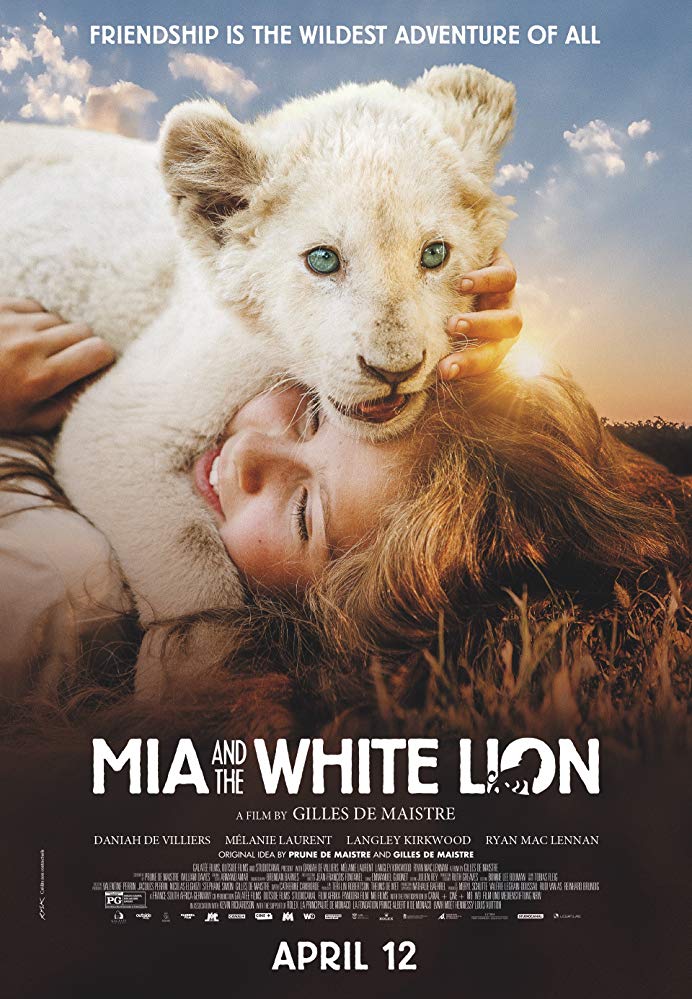 Mia and The White Lion is a predictable and somewhat ridiculous children's film full of eye-rolling shlock that may have its heart in the right place but fails to go beyond the shlock and deliver a satisfying story.

Children’s films about kids and their animal companions have existed since the advent of film and viewers could expect pretty much more of the same in Mia and the White Lion. From there, suffice it to say that this will be a predictable one. As the title suggests, the film tackles the relationship between a teen girl named Mia (De Villiers) and a rare white lion named Charlie. The simple idea of a teen girl and a lion may seem implausible and it still sort of was here but it somehow works better than expected as she grew up with the lion from the time it was a mere cub to a near full-size lion (both figuratively and literally as the film was shot over the course of 2.5 years in order to acclimate De Villiers with a real lion).

Mia along with her family, including her mother Alice (Laurent), her father John (Kirkwood), and her brother Mick (Ryan Mac Lennan), begrudgingly lived on a farm in South Africa full of countless wild animals. She missed her former home in London but her life would change after Charlie came into her life. Over time, the two would grow closer together as Charlie significantly grew in size. Despite this, Mia was unfazed by this and what it would obviously mean for their relationship. Even after her father’s many attempts to separate them, she was clearly unwilling to finally move on and let him go.

With a teen girl as a main character, expect plenty her to do plenty of teen girl things. Being a children’s film, younger audiences members will likely relate more to Mia but enjoyment of the film as a whole will depend on her relatability. She would of course have her moments on either end of the spectrum but regardless of what you may think of her as a character, her relationship with Charlie was the best part of the film. One of the downsides of this was the film’s incessant need to play cheesy. eyeroll-inducing uplifting music over these moments which will get annoying quickly.

The film would miss out on a big opportunity to make a real statement (not really making one) once the inevitable truth about the dangers of hunting would surface. This subject matter is arguably inappropriate for a children’s film and will possibly not make this for sensitive viewers. Do not fret, however, as this is a childen’s film that would attempt to wrap everything together in a bow for an ending that could be seen from a mile away.

The acting was fine for the most part, going as far as the material could take it. De Villiers was okay as Mia and was somewhat compelling to watch despite some arguably annoying moments. She did have great chemistry with the lion who she would essentially grow up with while making the film. Laurent and Kirkwood were also okay as Mia’s parents Amy and John respectively, filling their roles nicely. Rounding out the family, Mac Lennan was okay as Mick while having good chemistry with De Villiers’ Mia.

While you have more than likely seen this before, fans of child and animal friendship films may find enough to enjoy here.