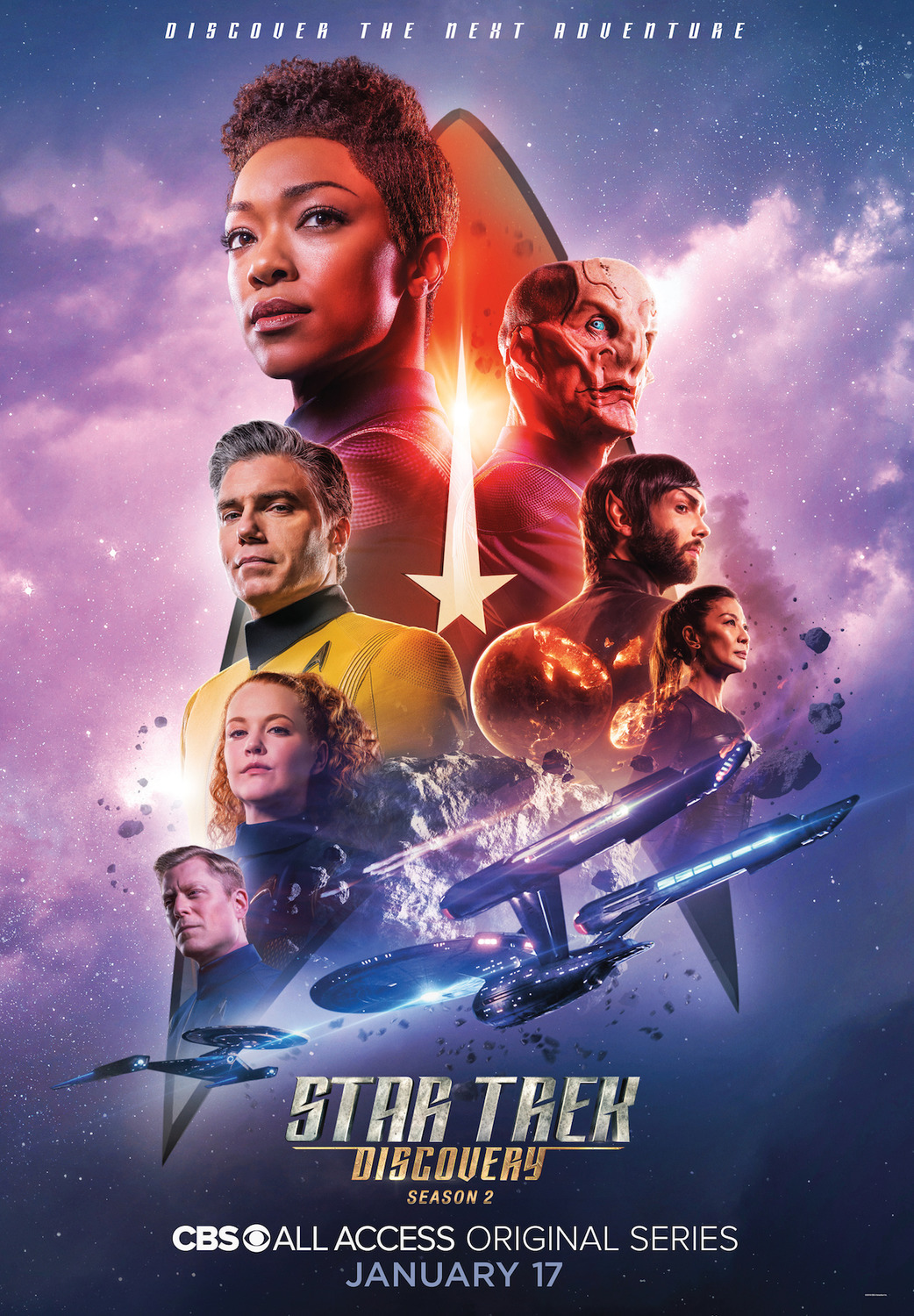 This season of Star Trek: Discovery takes the successful elements of its freshman year and manages to focus on those aspects in a smarter, yet still action-heavy second showing. Again, the tone feels a bit off as episodes feel unevenly paced and distributed throughout the season as the narrative jumps around in its focus. Thankfully, the strong ensemble, writing, direction and thematic elements all bring the best of what Star Trek has to offer making for a promising start to a reinvented television universe. From its more scientific storylines to its cast of characters, Discovery finally makes sense of its place in the Star Trek Universe.

And so ends the second season of Star Trek: Discovery. While it is slightly shorter than its predecessor, it manages to do a lot more with this time thanks to a newfound focus on its uniquely Star Trek elements. Before checking out my season review, be sure to read my individual episode reviews here as well as my recap and review of season one. Let’s hit it.

The main story of Star Trek Discovery season two revolves around the interaction between the USS Discovery and the USS Enterprise as they investigate mysterious red signals that have appeared throughout the universe. Under the leadership of Captain Pike (Anson Mount), Discovery is tasked with searching for the cause of these anomalies, the appearance of a Red Angel and the mysterious disappearance of his science officer Mr. Spock (Ethan Peck). Meanwhile the crew has their own slew of problems. Commander Burnham (Sonequa Martin-Green) deals with her estrangement to her Vulcan brother, Saru (Doug Jones) learns more about his species’ history and Stamets (Anthony Rapp) continues to deal with the death of his beloved Hugh (Wilson Cruz). On this mission, Discovery is forced to team up with Section 31 including the Terran Georgiou (Michelle Yeoh) and the newly returned Tyler (Shazad Latif). As they work towards figuring out the mysteries of the Red Angel, the true enemy is slowly revealed showing that the problem may be closer to home than they initially thought.

In its sophomore season, Star Trek: Discovery went through a few changes both behind the scenes and in its general premise. The show runners were dropped midway through production which seemed like a sure-fire foreshadowing of a tonally off season, but thankfully this wasn’t the case. This 14-episode narrative took everything audiences wanted more of from the first season, the Star Trek lore, the familial aspect of the crew and the scientific and moral themes of space exploration, and managed to integrate them into the season while also tackling the biggest question of the series: Where does Discovery fit into the Star Trek Canon?

Now don’t get me wrong, there are some tonal issues throughout this season. Many of the episodes try to be standalone, bottle stories with underlying serialized elements, but this causes some of these stories to feel rushed and underdeveloped for the sake of plot progression. The attempt to develop characters at breakneck speed for tragic purposes seems like a fault with the writing in delaying their development throughout the earlier parts of the season. This along with the continued accent on action-heavy sci-fi are the minor negatives that Discovery faces in pushing it away from the beloved Star Trek mold.

However, beyond these two issues, this season is generally a step up from the foundational freshman year. The overarching story is complex, yet simple to understand, with layers of Star Trek history and lore wrapped into it. The increased look at morality, sacrifice, bravery and scientific exploration which was missing from its first season imbues the ideals that set Star Trek apart from other sci-fi series. This all culminates into a tense, emotional and gripping finale that finally gives some answers to where this ship and its crew fit into the Star Trek Universe.

The other notable aspect of this season is the characters and by extension the performance of the ensemble. Returning major crew members further enhance their characters giving depth that helps set up their strong bond with their fellow shipmates. However, it is through the expansion of the other bridge crew that this show helps reinforce the relationship of its crew members. Characters like Detmer, Owosekun, Bryce, Rhys and Airiam all become more prominent making this feel more like an ensemble and less the Michael Burnham show. While season one felt like these characters barely communicated outside of work hours, these episodes showed the interwoven lives of these people. However, the biggest additions that helped to elevate this season were that of Anson Mount and Ethan Peck as Captain Pike and Mr. Spock.

Peck’s Spock takes a while to feel fully formed, but through his performance he manages to embody the iconic character of Leonard Nimoy while bringing his own style to the beloved Vulcan. While this makes for an entertaining and familiar addition, it is Mount’s Pike that drives Discovery to greater heights. His persona is the complete opposite of the war-centric Lorca bringing the expected courage and stoicism of a Star Trek Captain. This character’s fate is known to fans of this universe, but Mount’s reserved, charming and calculated performance created a much deeper character than we could have expected. He was the highlight of the season and it would be a shame if the show runners didn’t create a spinoff series following this version of Pike and Spock before the events of The Original Series.

What did you think of the second season of Star Trek: Discovery? Let me know in the comments!

The Neighborhood Season One Review

Game of Thrones (8x04) The Last of The Starks Review