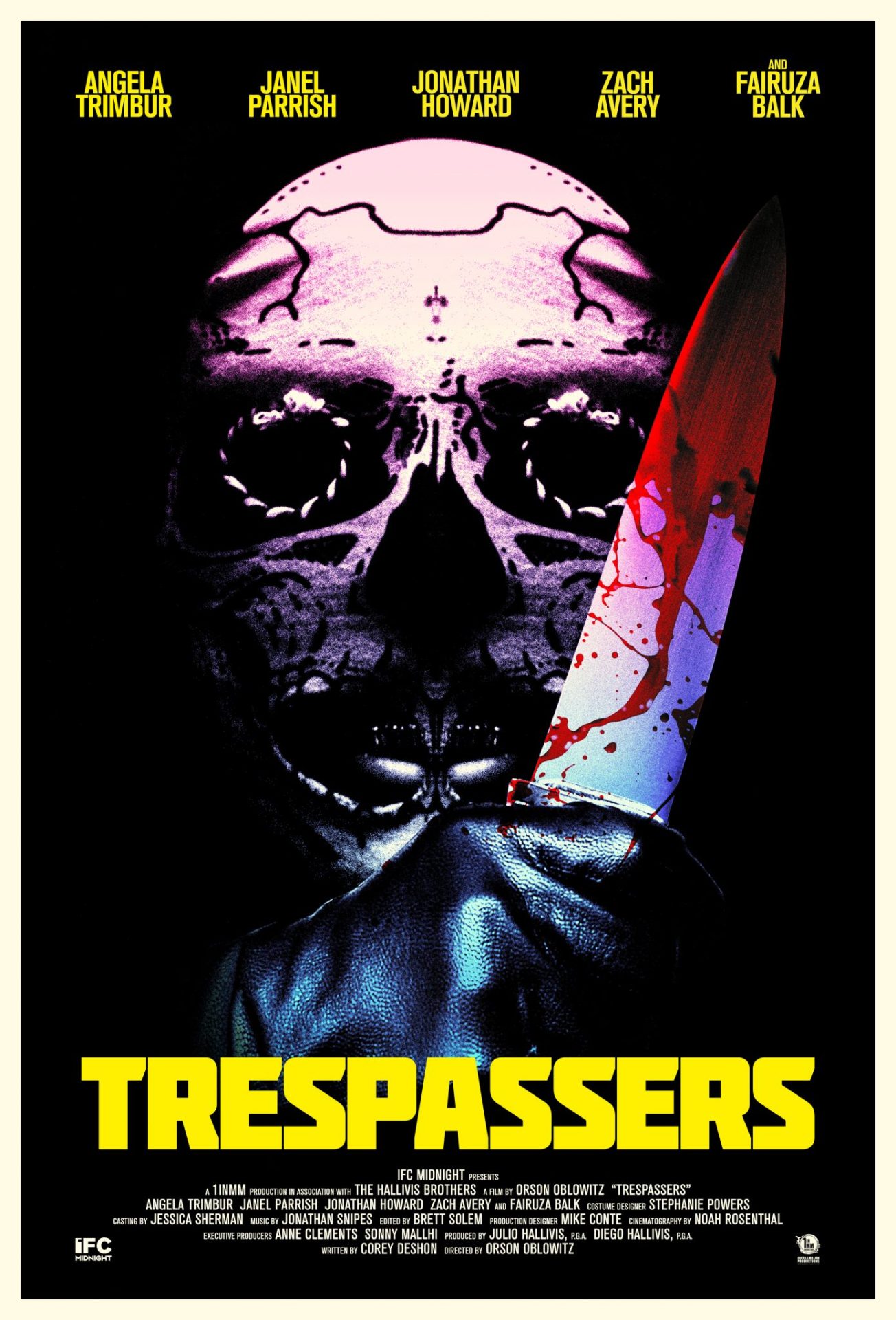 Trespassers almost squeaks by as a "so bad it's good" film featuring a somewhat entertaining level of badness that it can't quite sustain over its relatively short running time.

Every once in a while, there are times when audiences want to turn off their minds and just enjoy some mindless trash. Now being mindless trash isn’t necessarily a bad thing sometimes seeing that not everything can be a highbrow prestige piece. However, these types of films are a fine line, often struggling with not going too far in either direction. Trespassers may have its entertainingly bad moments but just like many similar films before it, it can’t quite sustain that level as the film would find itself falling off the rails with an incredibly ridiculous final act. While it will surely destined to be a “so bad that it’s good” film, many audiences will just find it bad.

When it comes to these kinds of films, the story is usually irrelevant and this will certainly be the case here in Trespassers. It features plenty of insufferable characters delivering plenty of laughably bad dialog while dealing with laughably bad melodrama. This combination may sound all that great on paper but in this film manages to be quite entertaining for what will surely not be for the right reasons. The film implies underdeveloped friction and tension between a pair of dysfunctional couples named Sarah (Trimbur) and Joseph (Zach Avery) and Estelle (Parish) and Victor (Howard), however, it’s difficult to care about any of it especially since it doesn’t particularly matter in the grand scheme of the plot.

Of course things would eventually get worse for these couples because it wouldn’t be much of a film otherwise. In reality, Trespassers was rather a mess as it would find itself shifting tones multiple times over the course of its sub 90 minute running time. Being on the predictable side, nothing should come as too much of a surprise but despite this, the first few acts still managed to be somewhat entertaining mostly for the reasons mentioned above and also out of curiosity to see how much worse it could get which it obviously does. As the film went on, the more ridiculous it got and by the time of the film’s insane final act, it simply became too much.

Trespassers was clearly trying to build up to that ridiculously over-the-top final act but the problem with that its predictable, cliche-ridden story full of insufferable and underdeveloped characters failed to make an impact so once the final act did arrive, it was difficult to follow, because the story was a mess, or even care. Dealing with these characters and this script was mindless, however, the final act would take it to another level thanks to plenty of questionable plot decisions (which is already a given) and some laughably atrocious special effects, camera work, and editing.

Despite everything else going on, the acting was still the best part of Trespassers as it kept the film from falling even further off the rails. Ultimately, this isn’t really saying much as Sarah, Joseph, Estelle, and Victor were all insufferable for different reasons but this could be more attributed to the writing and directing than their individual performances. The story for the most part consisted of playing their cliched nature against each other in an incredibly contrived way in order to advance the plot. All four leads were bad in a somewhat entertaining way, however, Howard as Victor took it to another level.

At the end of the day, genre fans or those looking for something mindless and easy to watch will find plenty to enjoy with Trespassers but those looking for a little more from their thrillers may be disappointed.