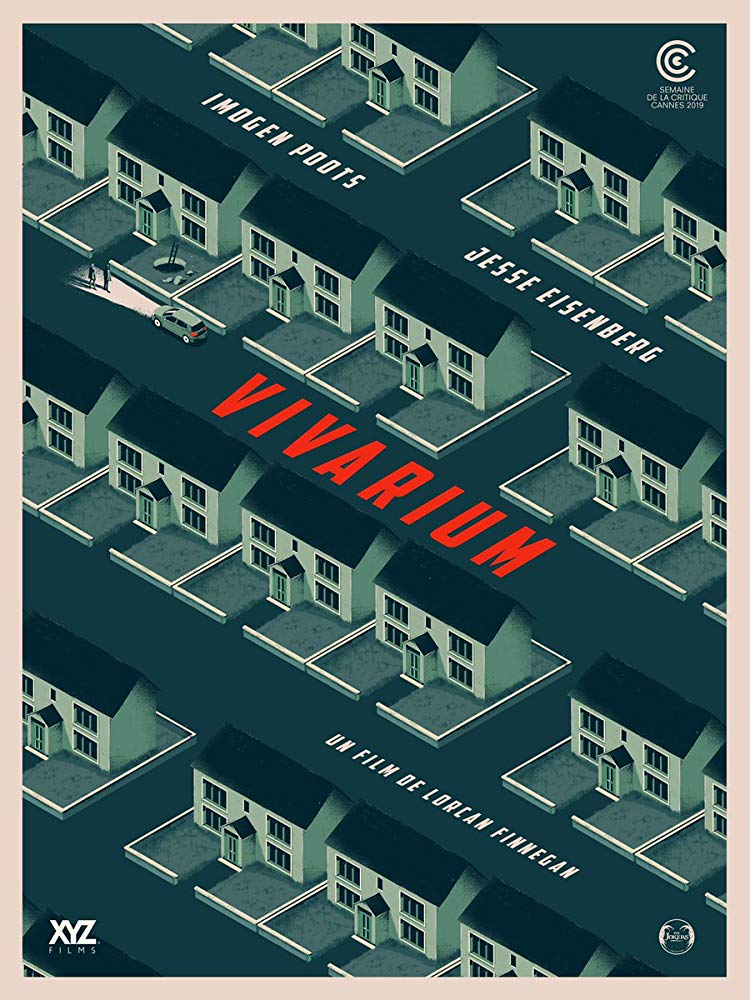 Vivarium is a strange and wacky film that utilizes these in an exceptional way until its premise becomes too far-fetched for it's own good while thankfully sustaining a sense of originality and entertainment throughout.

Now this was unexpected but because of Vivarium, I’m scared of the color green.

Vivarium is one of those films that makes it clear right from the start that it is going to be a messed up ride. From the opening frame, featuring the birth of birds, is unlike anything you’ve seen in recent memory and sets the tone fairly well for what would end up a strong movie, for the most part.

The first act of Vivarium is brilliant, making it seem as if it’s the setup to what could be a perfect film. Everything that leads up to the main couple, fantastically played by Eisenberg and Poots, realizing their new suburb which they’ve chosen to live in is an absolute nightmare, is exceptionally captivating and unique. It’s hard to say anything beyond that without giving anything away, particularly due to the shocking direction the story goes, and some of the unique ideas that unfolded from there – but let’s just say that those who will be into that ridiculous first act will likely be invested for the film’s full 97 minute running time.

On paper, Vivarium is a very strange movie. It’s a film that is particularly hard to explain to someone who hasn’t seen it. In every single aspect, it is wacky as hell and it really wants you to know that. A majority of this film uses this quality in an exceptional way. The repetitive nature of it wanting you to know it’s strange is good until this leads to the film faltering by its second half a bit too much to consider it fantastic.

Trespassers - An Almost So Bad It's Good Film