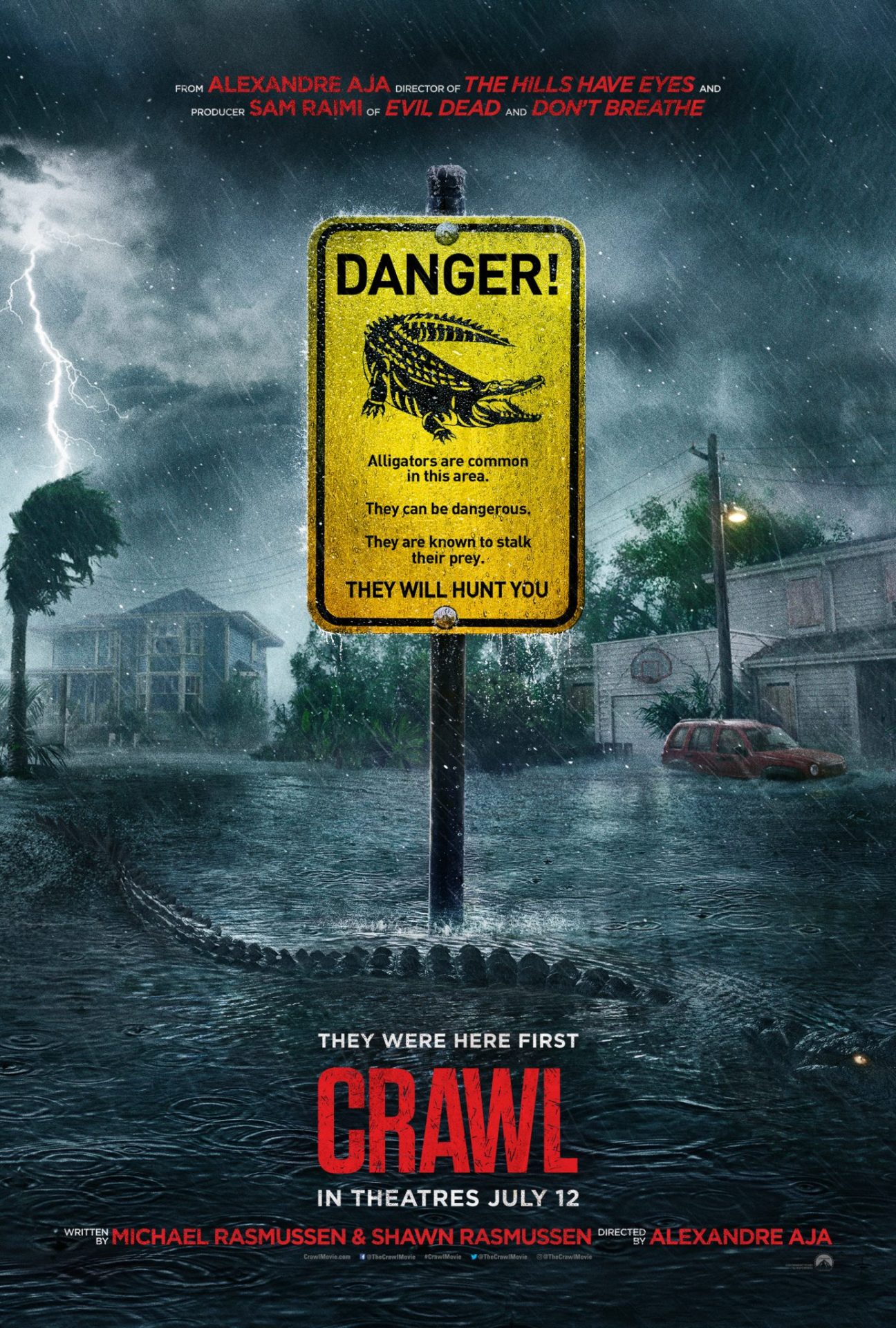 Crawl was a decent creature feature with an obviously silly premise that provides just enough thrills over its short running time despite being a little too simple and predictable and lagging at times.

Every once in a while (though more often as of late), there comes films that audiences pretty much know what to expect from them. Crawl is one of those films and thus should not come as that much of a surprise to anyone watching. It may be simple to a fault which may bore some but what it does do, it does surprisingly well. Ever since its release, it has surprised many critics and audiences alike. While this praise is definitely warranted, the film failed to take its premise far enough and instead attempts to ground it with a family story which would add stakes to the proceedings that didn’t always work (not quite finding the right balance), however, it would also weigh the film down at times.

Now anyone who has seen any type of promotional material whatsoever for Crawl can for the most part figure out what the film is about but for the few who haven’t. The story was about a young woman named Haley (Scodelario) who becomes trapped in a house with several alligators while trying to save her father Dave (Pepper) in the midst of a category five hurricane. Suffice it to say that the premise is silly, however, those willing to look past this (as many others seem to have so far) will find a decent time to be had over its sub 90 minute running time. In essence, this was a story about survival as Haley and Dave would have to outwit and outlast their current predicament in order to survive.

Right from the start, the film’s low-budget nature will become very evident. The poor CGI alligators and other weather effects may become a distraction for some while the limited number of locations leads to the film dragging at times in the middle which is more noticeable in such a short film to begin with. Now this doesn’t necessarily make it less compelling to watch as the film does an admirable job at creating suspense through a chilling score (which was the best part of the film) but all of this will surely lead to some audiences wanting things to move at a slightly quicker pace. Luckily things would pick up for the film’s final act.

Crawl would have its thrilling moments as the bulk of the film was a cat and mouse game between Haley and Dave and the alligators but its overly predictable nature would slightly damper that excitement and made it easy to lose interest over time. It’s also a shame that the alligators couldn’t pose more of a threat than they did here. They may have always been lurking in a way that was reminiscent to Jaws but it would’ve been nice to see them do more damage than they did here (the film may be rated 14A/R but it definitely didn’t feel that way at times).

The acting in Crawl was fine across the board with Scodelario and Pepper carrying the load as Haley and Dave respectively. Being the only two characters in the film meant a lot of time with each of them and they were definitely up to the task. The lack of chemistry between Scodelario and Pepper and their underdeveloped father-daughter relationship and their predictable arc meant that it wasn’t as believable as it could have but they were still compelling to watch individually despite that. Meanwhile, a particular little dog would steal plenty of scenes as well.

At the end of the day, Crawl is a decent creature feature that won’t set the light on fire but uses its limited resources to its advantage in creating a fun genre film.