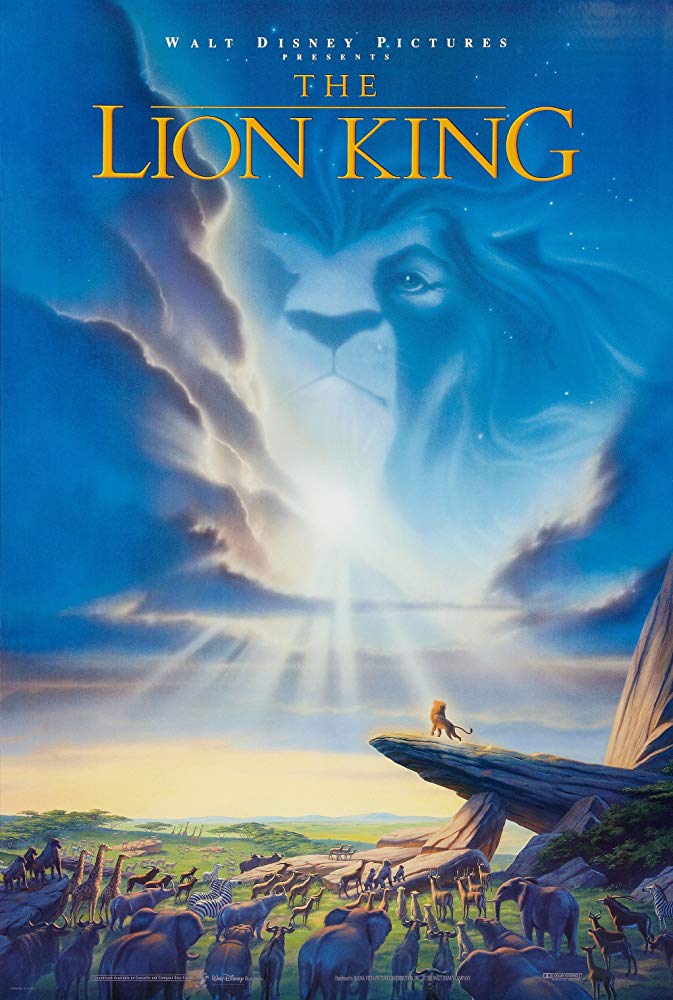 For our review of the new adaptation of The Lion King, click here.

Simba (Jonathan Taylor Thomas) was born into savanna’s royalty. He is the son of the just and strong king Mufasa (Jones) and heir to the kingdom. But his uncle, the scheming Scar (Irons) wants the kingdom to himself and he plots to kill both the king and his heir. He succeeds in the former and convinces his nephew he was responsible for his father’s death, pushing the young cub into voluntary exile and taking the throne. The youngster flees Pride Rock and finds a new home far away with two new friends, Timon (Nathan Lane) and Pumbaa (Ernie Sabella). He grows up but the adult Simba (now Broderick) still blames himself for what happened. He bumps into his childhood friend Nala (Moira Kelly), who pushes him going back to Pride Rock and claim his title. Simba eventually faces his fears and goes back home.

The Lion King is perfect. Disney had a great run in the late 80’s and mid 90’s with three near perfect films: The Little Mermaid (1989), Beauty and the Beast (1991) and Aladdin (1993). But The Lion Ling is something else. It is a true masterpiece of filmmaking. The opening sequence alone is breathtaking, telling the story through visual and song, establishing life in the savanna, the relations of the characters, the respect and reverence the entire society gives to Mufasa (Jones). It’s a very strong sequence, never matched until the opening of Up!, which says something.

But The Lion King is much more than that start. With some nods to Shakespeare’s Hamlet (the uncle killing the king, the king coming back as a ghost), it feature one of the more sinister villains of the animated world: Scar, voiced by a perfectly cast Jeremy Irons, who manages to give his insidious character so much venom and personality it brings chills down our backs. Scar wants the kingdom to himself but he also manages to make us feel a little sad for him (just a tiny little bit).

Simba, of course, faces more complex conflicts. He runs away from his guilt, but it never goes away. He understands he has to let it go, grow up and enjoy life (Hakuna Matata) but running away from his problems has a price. He can never really run away from whom he truly is – and that is a message that can be interpreted in many sorts of ways. But especially, there is a message that is really touching and beautiful: Mufasa is dead, yes, but he is with Simba wherever he goes. He is part of him. Like every person we dearly love is a part of us.

The way that this complex story unfolds in The Lion King is very easy and natural, you never feel the weight of these themes. The emotions are very accessible, especially because the expressions of the characters are very relatable and clear. We connect with their struggles and their pain very easily.

Although the story is strong and sad in a lot of ways, the movie is entertaining beyond belief, perfectly balancing its weight with funny moments (courtesy of Timon and Pumbaa, a great comic relief duo) and romantic ones. And the music… well the music is just unforgettable. I mean, pretty much anyone who grew up with The Lion King can recite by heart at least three of the songs written by Elton John and Tim Rice: Circle of Life, Can You Feel the Love Tonight (which won the Academy Awards) and Hakuna Matata are all incredible achievements, but the entire soundtrack is pretty great, even the least remembered songs.

With a new version of The Lion King is coming to the theaters, do yourself a favor: go back to basics and re-watch this one.