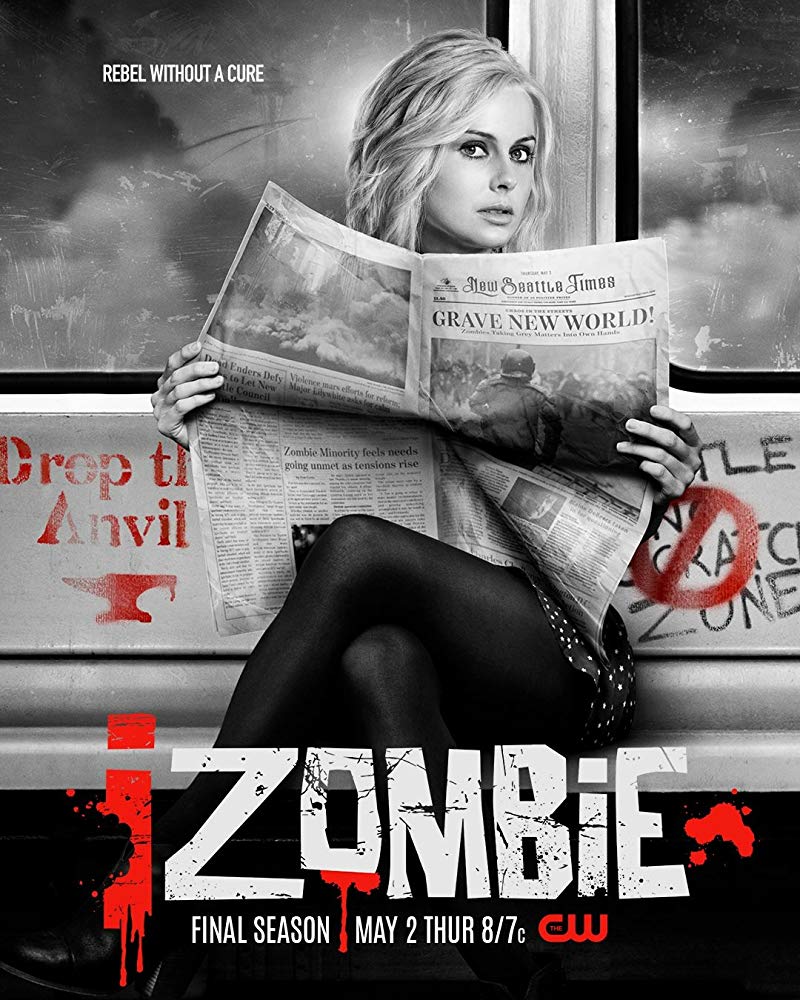 The final season of iZombie delivers a solid ending despite some road bumps along the way and gives its fans the ending we deserved and wanted.

For our individual episode reviews of this past season of iZombie, click here.

And just like that, we now say goodbye to iZombie, forever. Just last week, The CW aired the series finale for which they admittedly did a pretty good job with. It feels like it’s become impossible for series to end in a way that is satisfying to fans (just ask the showrunners of Game of Thrones), so its commendable that this series managed to pull it off.

Personally, this was an enjoyable final season and that did a good job throughout each episode. Sure, there were some slow ones and ones that didn’t quite matter in the bigger picture, but even with those slower episodes, iZombie is still fun to watch because of the cast. Between McIver, Kohli, Buckley, Michalka, and the rest of the gang, each and every single one of them brought life to this series in their own way. It’s one of the standout qualities about the series, in fact. And what’s more impressive is the fact that McIver delivered her best work yet. Her ability to take on so many different characters episode after episode was so admirable, a task that only someone Tatiana Maslany pulled off in Orphan Black.

In this final season of iZombie, the war against humans and zombies escalated to the point of no return, and ultimately gave us an ending that we didn’t quite expect. Without giving away any specific plot points for those who haven’t seen it yet, it was definitely enjoyable. It was also extremely satisfying, to say the least, giving us something to reflect back on in the days following the series finale.

One of the things that stuck out about the final season of iZombie was the pacing of each episode. This season didn’t feel rushed or forced to rush to the end, which is a common mistake by many series. The way in which the human/zombie relations came to a head and ultimately, where it all came to a close worked well. It’s the type of ending that gives fan closure where we couldn’t have asked for anything better.

There are deeper layers to the fifth and final season of iZombie that go way beyond just the plot lines we know about. Embedded within it is a social commentary about the current state of the world–the division, the segregation, the hate, the closed-mindedness. This series takes all of this and uses the human/zombie relations story to help illustrate it. They deserve kudos for pulling this off in a clever, creative way, and it was probably one of my favorite parts of the season. It was social commentary that wasn’t thrown in our face, but instead, it was done in a way that we could relate to without feeling like it was being forced on us.

All in all, there is so much to love about the final season of iZombie, especially in the way it was handled and executed all the way until an unexpected yet satisfying end. To say this reviewer will miss the series is a big understatement, but at least the final memories of it are something that can cherished for a long time to come.

We will miss the adventures of Liv, Clive, Ravi, Peyton, and Major, but iZombie will continue to live on with its fans for a long time to come.