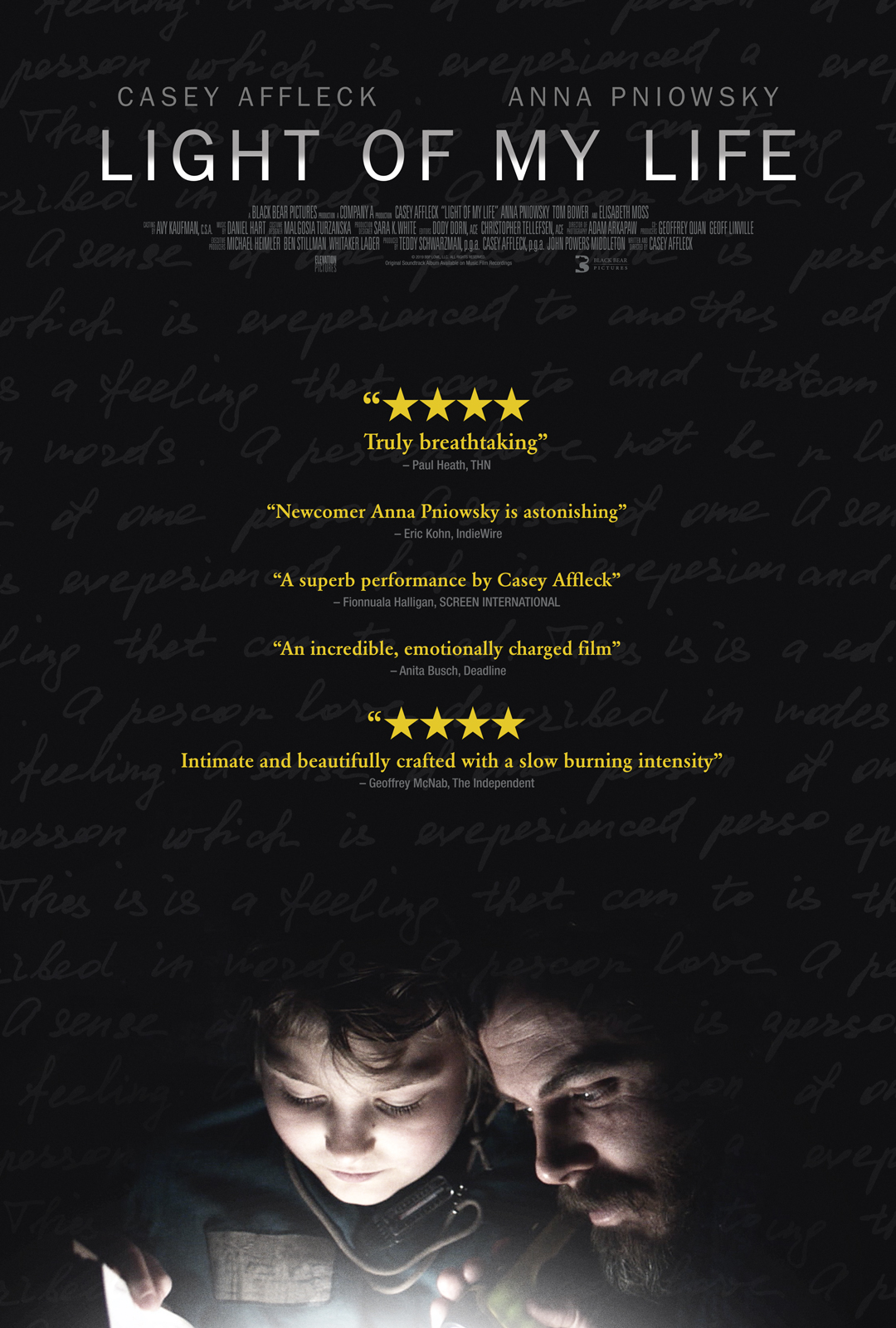 Light of My Life is a decent sci-fi drama with a familiar story that has been better executed in other films with a premise that was never fully utilized. It may look and sound good but in the end, amounts to a cold, dull, and lifeless experience.

If it feels like after you’ve seen any promotional material for this film that you may have seen Light of My Life before, you are probably not wrong as this newest film from acclaimed actor Casey Affleck shares quite a lot of similarities to other recent parent and child adventure films such as Leave No Trace or The Road. The problem with this film is that it unfortunately came nowhere close to those recent films and could never quite seem to fully implement its own premise and comes off as derivative and dull while not bringing anything particularly new to the table. This all became very apparent early on and will only get worse as the film goes on as its slow pace will inevitably test some audiences.

Light of My Life was an example of a film that would benefit by more context. What was surely intended to be a slow burn featured very little character or story development to make any intended payoff worth it. While watching the film, it was never quite clear what was going on as it seemed like it was going nowhere. Granted on the surface, the story was about a father (Affleck) and daughter nicknamed Rag (Pniowsky) who are forced to navigate the wilderness just outside of the rest of society after a mysterious (and unexplained) plague had eliminated the majority of the female population (but not Rag for whatever reason). Passing off his daughter as his son to protect her from those wanting to do her harm (for whatever reason), the two are simply trying to survive.

It was clear that Rag and her father have been at it for a long time and were fairly prepared and also seemed to be very close but their relationship felt lacking. The thin nature of both characters and the lack of story (and countless holes) to support them made it difficult to care as much for them and the fact that they were the sole focus of Light of My Life didn’t exactly help their case. Being told from the perspective of the father also hurt the story as the character was just incredibly dull to watch despite the many flashbacks of he and his wife (and Rag’s mother) (Moss) whose purpose appeared to be to provide contrast for the world and the characters pre and post plague, however, they were pretty much useless.

If anything, at least Light of My Life was nice to look at thanks to some truly beautiful albeit cold cinematography but that could only take it so far. The score also chipped in to create a decent ambiance but neither were overly engaging. Most of the film will be spent waiting for something to happen which never really does. Once something does happen, it was too late as the payoff wasn’t quite worth what it took to get there. Meanwhile, the acting was still decent. While Affleck’s father was far too subdued and dull, Pniowsky was a revelation as Rag. She would breathe some life into the film as the curious and innocent young girl whose energy was infectious. It was just a shame that she didn’t have more to do here. In what would amount as a cameo, Moss was fine as the mother.

Ultimately, fans of Affleck may find enough to enjoy with Light of My Life but others should probably stay away as other films have done what this film does a lot better.

Maiden - A Successful Retelling and Not Much Else