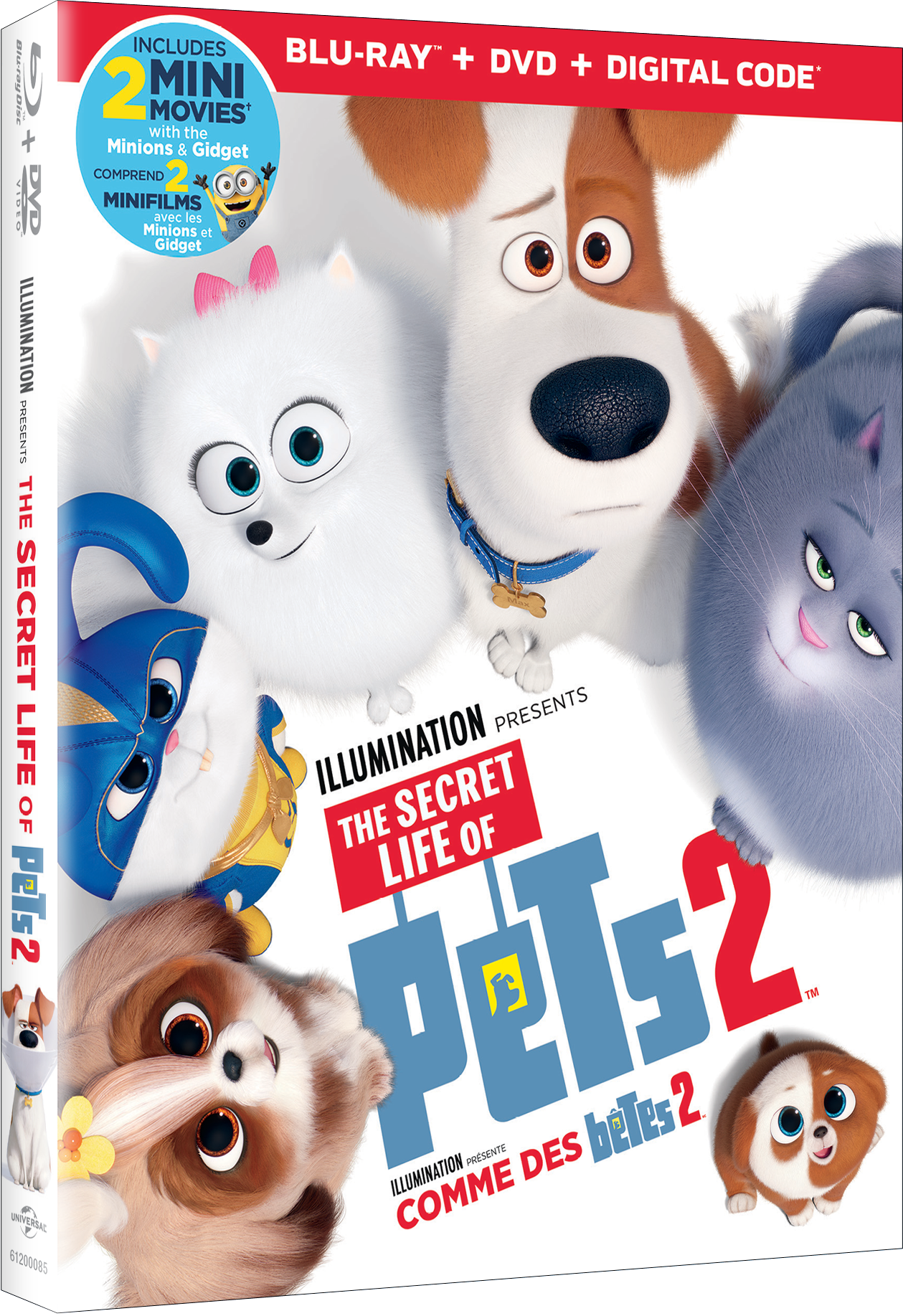 Courtesy of our friends at Universal Pictures Home Entertainment, enter for a chance to win a Blu-Ray copy of The Secret Life of Pets 2. This contest is also open to U.S. residents.

The Secret Life of Pets 2 explores the emotional lives of our pets, the deep bond between them, the families that love them and answers the question: What are your pets really doing when you’re not at home? Terrier Max (Patton Oswalt) is coping with major life changes after Katie’s marriage and the arrival of a toddler, Liam. Meanwhile, Gidget (Jenny Slate) tries to rescue Max’s favorite toy from a cat-packed apartment with a little help from her feline friend, Chloe (Lake Bell), who has discovered the joys of catnip. And Snowball (Kevin Hart) believes, despite the other pets’ teasing, that he’s a superhero after his owner starts dressing him in superhero pajamas. But when Daisy (Tiffany Haddish), a fearless Shih Tzu, shows up to ask for Snowball’s help on a dangerous mission, he’ll have to summon the courage to become the hero he’s been pretending to be.

The Terror: Infamy (2x01) A Sparrow in a Swallow's Nest Review