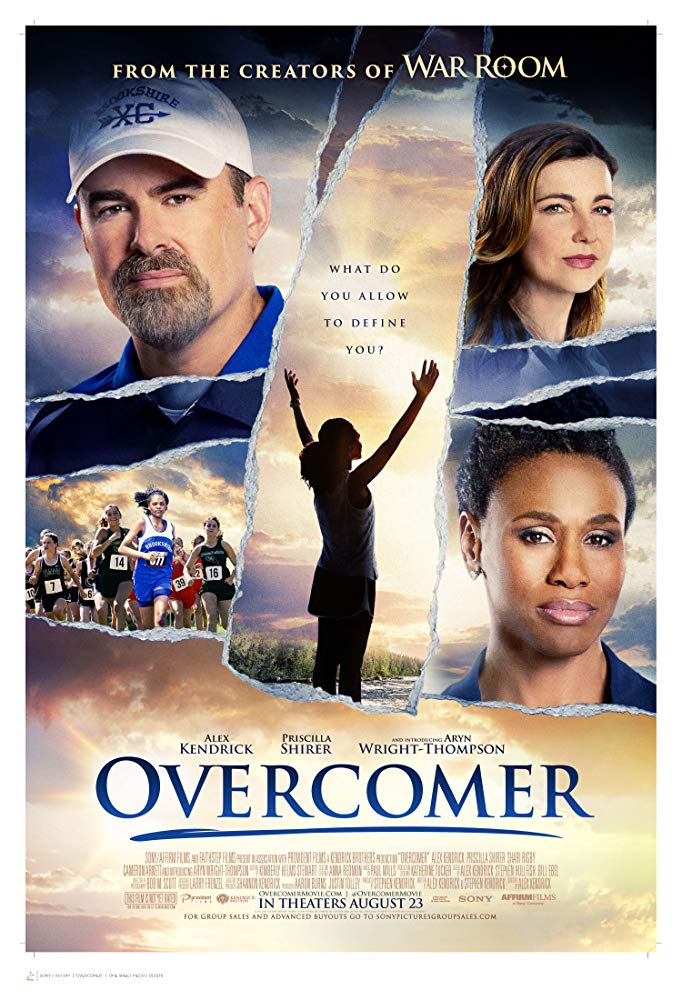 Overcomer is a uber-religious drama with a derivatively cliched and predictable story that will surely appeal to religious audiences who like to be obnoxiously be beaten over the head with it.

Whether audiences are religious or not, religious films are not leaving anytime soon (whether we like it or not) as they continue to attract enough of an audiences to justify their existence. Suffice it to say that these films are well aware of their audiences and make no attempt to speak to anyone else though non-religious audiences will most likely not attend anyway. At this point, it seems fairly obvious that those who don’t quite believe in the messages found in Overcomer (not that they are necessarily wrong but they are still fairly obvious) will probably not find a lot to enjoy about this one unless they look forward to being beaten over the head incessantly with them.

With a title of Overcomer, expect plenty of overcoming going on here as well as plenty of derivative cliches and forced melodrama as the story sets the stage for its inevitable and unsurprising conclusion. John Harrison (Kendrick) is a teacher and Christian high-school basketball coach and the seemingly everyman in a struggling small town faced with an economic downturn. This downturn rippled all the way down to Harrison’s high-school where he would be forced to strut his cheesy everyman-ness by begrudgingly accepting a job as a cross country running coach, a sport he of course happened to know nothing about. His feelings towards the sport inevitably changed over the course of the film as he and his family grew closer to the one student he was coaching, a cliched troubled teen named Hannah Scott (Wright-Thompson).

Overcomer was a tedious chore to watch with all its aforementioned problems as well as plenty of cheesy dialog on the way to its inevitable conclusion (assuming no one has already tuned it out). What was already derivative and predictable was even more so due to its religious nature. Since things apparently don’t have to make sense anymore, the connection between that and the story itself was unclear but will surely mean more to more religious audiences as it obnoxiously beats audiences over the head with its religiousness. None of the subplots in the middle mattered all that much as the marginally more interesting Scott was underdeveloped and relegated to the sidelines compared to the incredibly boring Harrison and his family.

Along with everything above, the wooden and low-energy acting didn’t exactly help Overcomer‘s case but it could only go as far as the material could take it and it was also not that great to begin with. It wasn’t so much about it being good or bad, it was simply that everyone was just so dull to watch. While they were technically okay, it was hard to care about any of the characters (though many will inevitably believe otherwise) which is kind of a basic requirement.

In the end, if audiences want to be treated with the same inspirational story that’s already been done countless times while being beaten over the head with the same obvious religious messaging that everyone already knows, than Overcomer might be for you but it clearly isn’t for me.