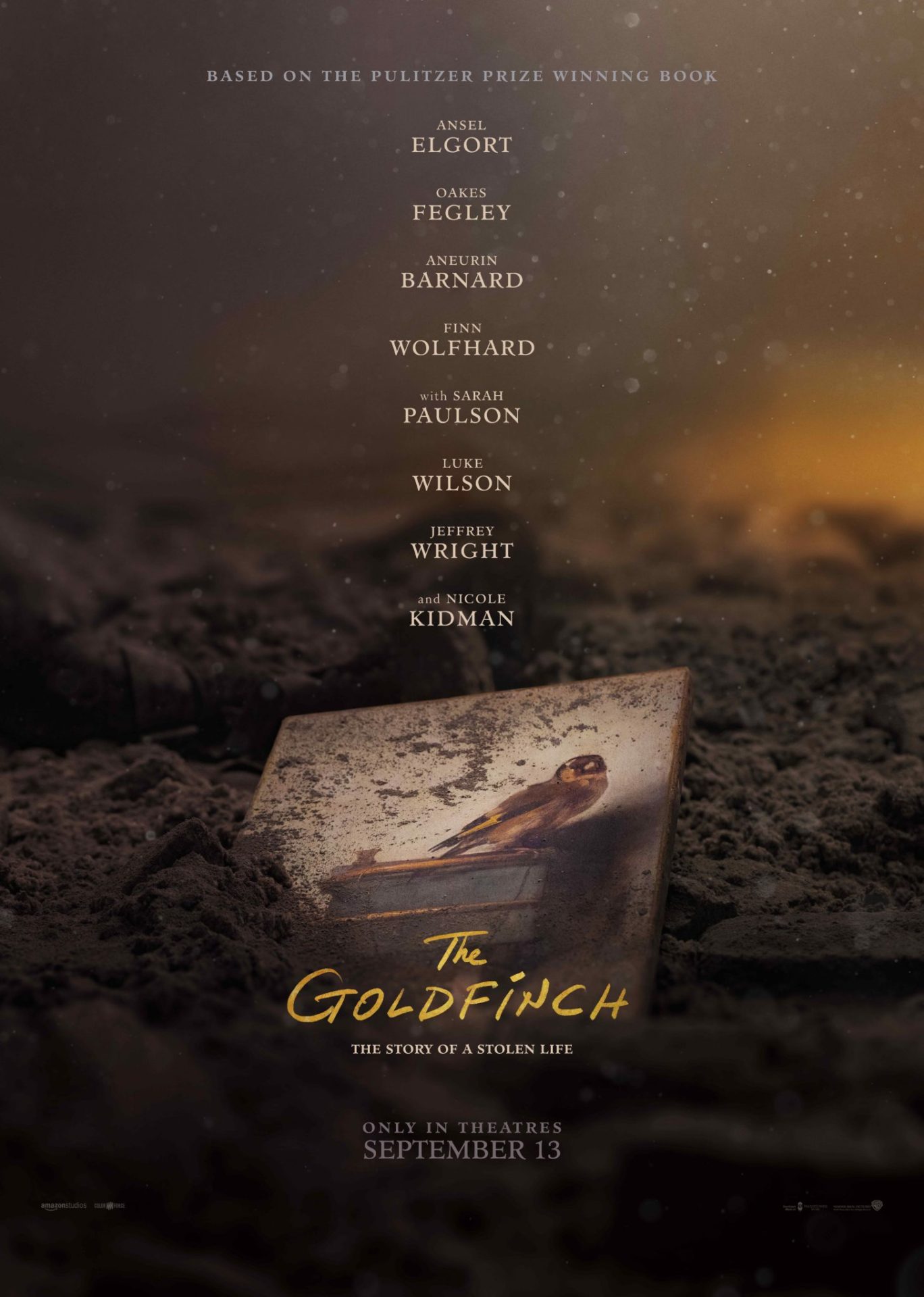 Enter for a chance to win a pair of passes to an advance screening of the TIFF 2019 official selection, THE GOLDFINCH, in either Vancouver, Edmonton, Montreal (English and French), Ottawa, Calgary, Winnipeg, or Halifax on Monday, September 9, 2019.

The last time 13-year-old Theo Decker saw his mother, she was gliding away from him into another gallery of the Metropolitan Museum of Art. Seconds later, a terrorist bomb exploded destroying priceless pieces of art…and shattering Theo’s life forever. The tragedy changes the course of his life, sending him on a stirring odyssey of grief and guilt, reinvention and redemption, friendship and even love.

Throughout the turbulent years, as he grows into adulthood, Theo secretly clings to a single, precious object—his one tangible connection to the mother he lost on that terrible day— a priceless painting of a tiny bird chained to its perch. The Goldfinch.

A beautifully wrought coming-of-age story, intimate in its emotion and sweeping in its design, “The Goldfinch” is the film adaptation of Donna Tartt’s globally acclaimed and beloved bestseller of the same name. The novel, which won the 2014 Pulitzer Prize for Fiction and the Andrew Carnegie Medal for Excellence in Fiction, spent more than 30 weeks on The New York Times Best Sellers list.

Overcomer - Beaten Into Submission With Religion