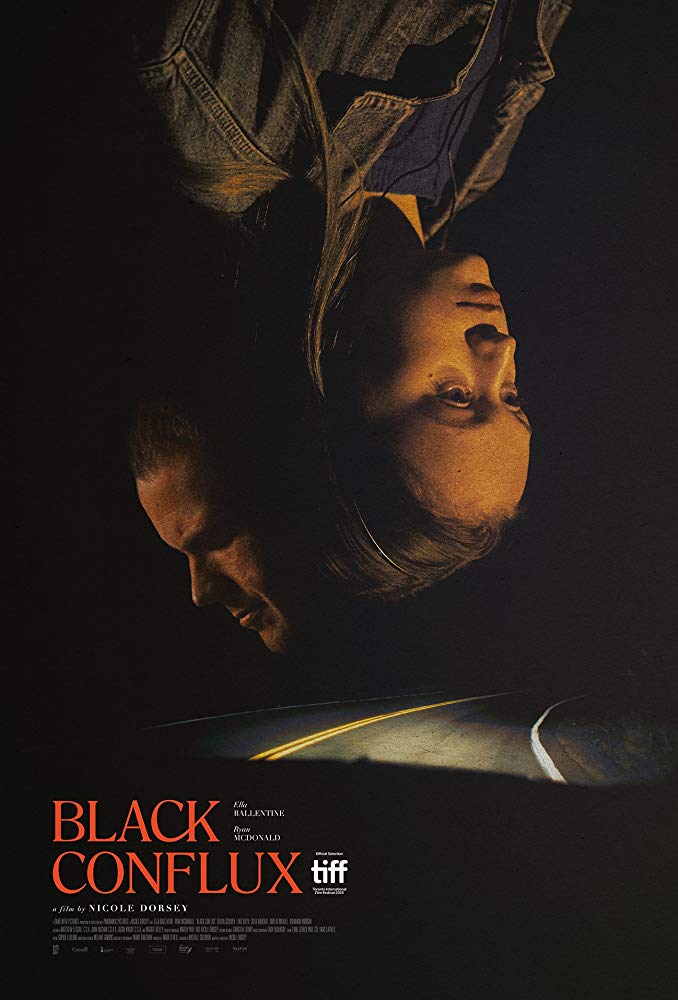 Black Conflux feels like an overwhelming sense of fresh air; a battle-cry aimed directly at the attempt to understand human nature.

Nicole Dorsey’s debut feature, Black Conflux, after spending a handful of time culminating her own style via short films, erupts from TIFF’s criminally under-recognized Discovery programme. Dorsey’s narrative flips back and forth between a coming of age drama with a strong sense of fierce feminism (yeah, it’s as awesome as it sounds) and an emotionally involving character study of a man stuck at a fork in the road. Both portraits, being painted simultaneously, no matter how often Dorsey sporadically shifts pace, feel just as impactful and fulfilling as the other once they close due to how much tender care and effort is put into making every frame feel honest.

Dorsey handles the time period she’s portraying with that same amount of care, as the teenage community being represented is a very sensitive one. The constant stream of empathy essentially bleeds through the screen, especially when Dorsey shifts focus towards Dennis’ storyline (portrayed by Ryan McDonald, who provides a performance that shifts from a quiet force to an immediate call to anxiety and fear. She’s tackling such a confused character with feeling and compassion as opposed to constant questioning. Honestly, it’s fairly relieving to know that with Black Conflux, Canadian cinema, or at least competent Canadian cinema, has the ability to revive emotional inclusivity in small features.

Black Conflux is a beautiful piece of art that acts as a time-capsule towards the incredible people that inhabited a familiar land not too long ago, and the everlasting impact that was had upon it. Although, most importantly, this stands as a landmark and a high expectation for the rest of what TIFF has to offer, mainly due to its humanity and its undying love towards the subjects being represented.

Make sure to give Black Conflux a watch, or at least a thought, during the festival or wherever it may land afterward.