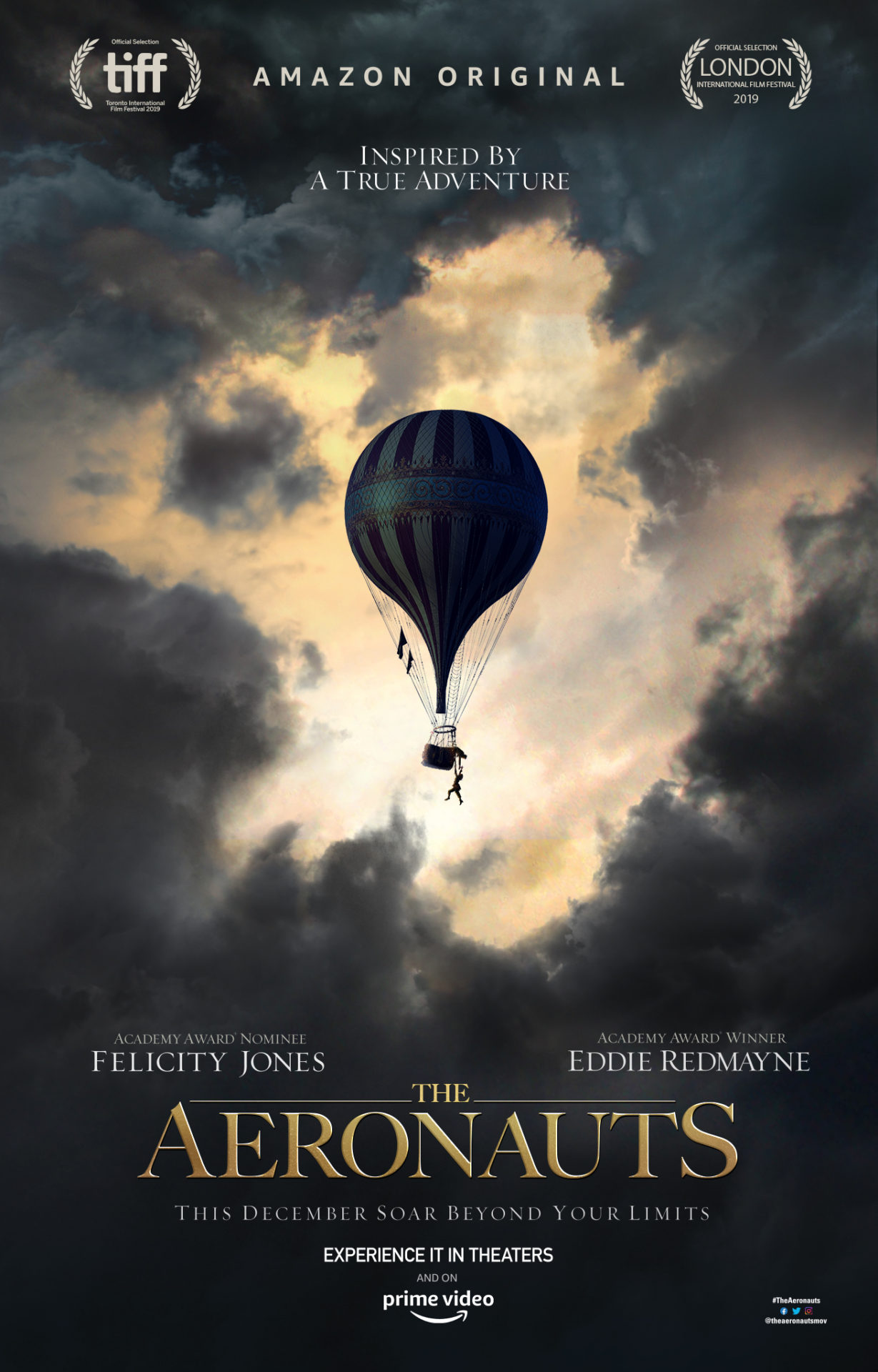 The Aeronauts is an undeniable technical marvel with award-worthy cinematography and sound design that is elevated by the star power of Felicity Jones and Eddie Redmayne.

Based on the first trailer of The Aeronauts, its technical prowess was never in question. The one concern would be whether or not it could tie this together with a compelling narrative. The ultimate problem with the film was its inability to do just that as it can’t quite find the right balance between story and spectacle. However, this problem is not as damning as it seems considering the star power in front of the camera though they can only do so much as they were limited by thin characters.

In essence, The Aeronauts acted like a play with the majority of the film taking place within the confines of a hot air balloon during late 1800s London. The story was about a pilot named Amelia Wren (Jones) and a scientist named James Glaisher (Redmayne) who found themselves in said balloon as they ascended higher than no humans before in the name of science and predicting the weather. Unsurprisingly, things don’t quite go according to plan (because it wouldn’t be much of a film otherwise) as Wren and Glaisher had to contend with both the unpredictable elements and their contrasting personalities. This part of the film was especially exciting to watch thanks to its incredible cinematography and sound design, giving it an impressive sense of scale (setting Wren and Gliasher and their balloon against the vast sky).

The Aeronauts tried to give Wren and Glaisher their own subplots, going back in time to track their trajectories to their expedition, but it was hard to care about either of them due to the lack of character development. Despite this, Jones and Redmayne were still compelling to watch as Wren and Glaisher thanks to their pre-established chemistry from working together back on The Theory of Everything. The film’s technical prowess may be one thing, however, it was their performances that really sold it all. Though Redmayne was good as Glaisher, Jones was fearless and exciting to watch in what would be the more physically demanding role of the two.

While the story may not necessarily be there, The Aeronauts is a worthy cinematic experience which fans of Jones and Redmayne will enjoy.