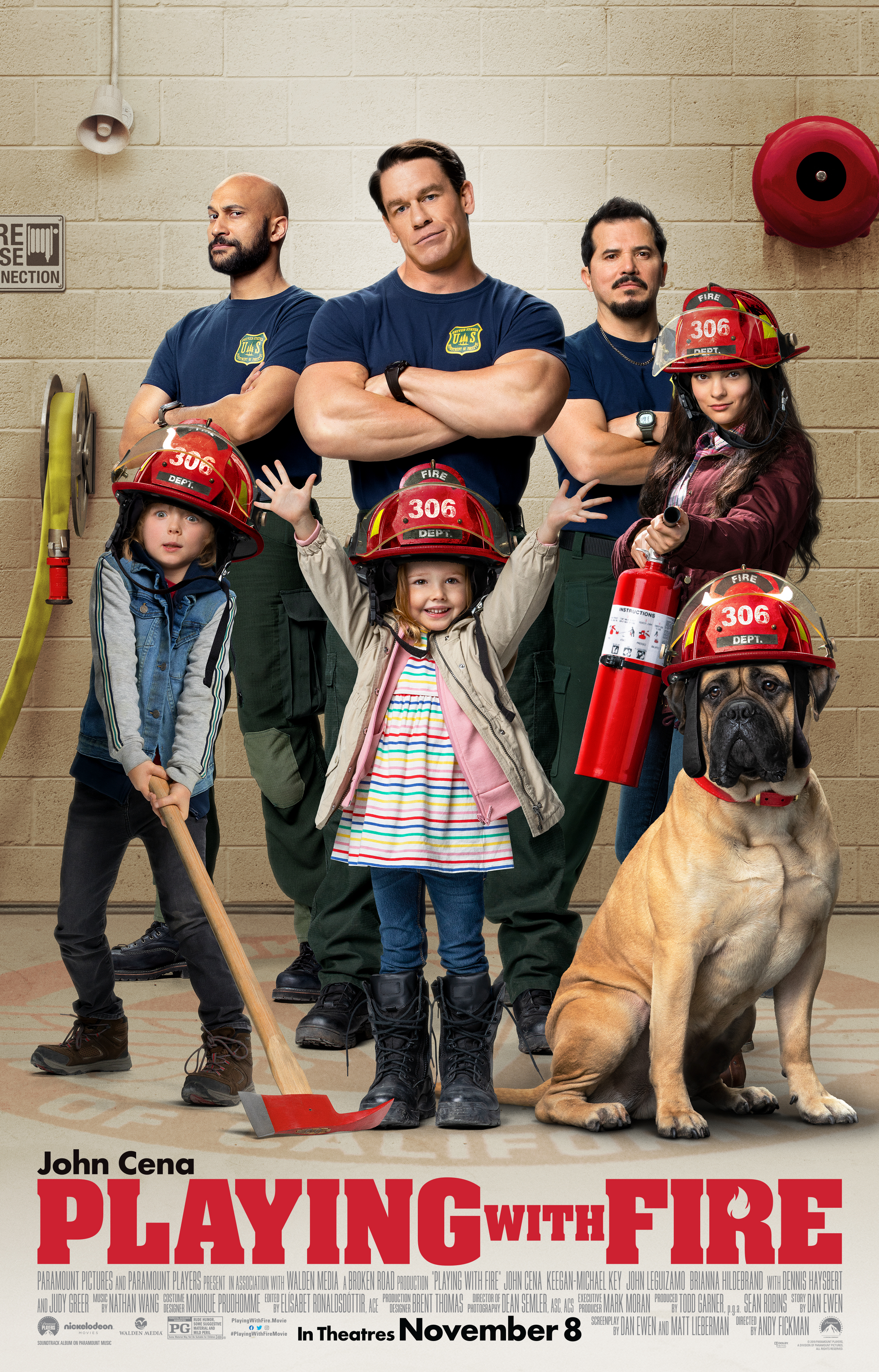 Playing With Fire does not live up to its name as it lacks any originality or depth. The characters are stock archetypes that show only the slightest sliver of growth while the themes are either too treacly or too shallow to be significant and its attempts at comedy are more torture than amusement.

This reviewer is not a believer of the notion that so-called “family films” are such that only kids will really enjoy them. Much of that thinking stems from misguided notion that things like animation and certain comedic styles are only meant for children. Pixar films are a prime example where kids and adults alike can enjoy. And then there’s Playing With Fire, a film so aggressively juvenile that only kids will like it, yet also so utterly boring and inconsequential that adults will just get annoyed by it.

Playing With Fire follows Jake Carson (Cena), a lifelong smokejumper – a firefighter who parachutes into the heart of wildfires – and supervisor to a ragtag group of other smokejumpers (Leguizamo, Key, and Tyler Mane). When his team rescues a trio of siblings (Brianna Hildebrand, Christian Convery, and Finley Rose Slater) from a burning cabin, it’s up to the clearly overmatched adults to keep the kids safe until they can return home.

The simplest way to describe Playing With Fire is that it feels like a weird outlier for much of the main cast. Cena is coming off a 2018 featuring solid turns as an overprotective father in Blockers and a tough guy soldier in Bumblebee. Key provided great work this year in Toy Story 4 and Dolemite Is My Name. Leguizamo is coming off of things like  John Wick 2 in the last couple years. Brianna Hildebrand has been a major character in the Deadpool franchise. So to see them thorough wasting time and talent in this story just feels like such a disappointment.

The initial source of sheer mind-numbing power found in Playing With Fire is its story because it’s exactly like every other film ever made with this premise. The adults are too stupid and clueless to handle raising kids, despite largely being man-children themselves. The kids are too disillusioned or innocent to understand the gravity of the situation in which they find themselves. Goofy hijinks ensure, causing havoc and destruction. Some miscommunications and conflict occur to set up a climactic chase sequence before a corny and dull happy ending before outtakes play over the credits. A tale as old as time that is completely predictable and without any real merit.

On top of the very basic story beats, Playing With Fire features some thematic ideas that just feel so weak. Dennis Haysbert shows up as a retiring commanding officer whose job Cena’s character wants and feels he has earned because of his lifelong dedication to his job brought on by daddy issues stemming from his father’s tragic death in the line of duty. There’s also a romance subplot involving Cena and a wildlife biologist played by Judy Greer. And while Greer’s character has dialogue trying to make her out as being more than a love interest by pointing out how she’s intelligent and hard-working. But ultimately, all she really is is a love interest. It’s all just so tedious and lacks any substantive power.

And just to drive a final nail through Playing With Fire‘s proverbial coffin, the humor is so pointedly aimed at kids and no one else, that its style can be summed up by a scene from the trailer and how it plays out in the actual film. It involves a bodily function joke on the part of the toddler. In the trailer, it’s maybe 15 seconds. And, while it’s really lazy and unfunny in the trailer, it’s so much worse in the film. The actual joke is stretched out for a good 3 minutes, complete with Cena needing to don a special suit that’s supposed to keep out smoke and other harmful irritants to attempt to deal with the child’s horrible mess. It’s such an asinine and idiotic sequence that encapsulates the comedic failure of the whole venture.

In the end, Playing With Fire is not worth recommending it to anyone. If you have small children and you actually care about them, give them something better to do than spend 90ish minutes with this brain-rotting nonsense.

The World According to Jeff Goldblum Season One Early Review