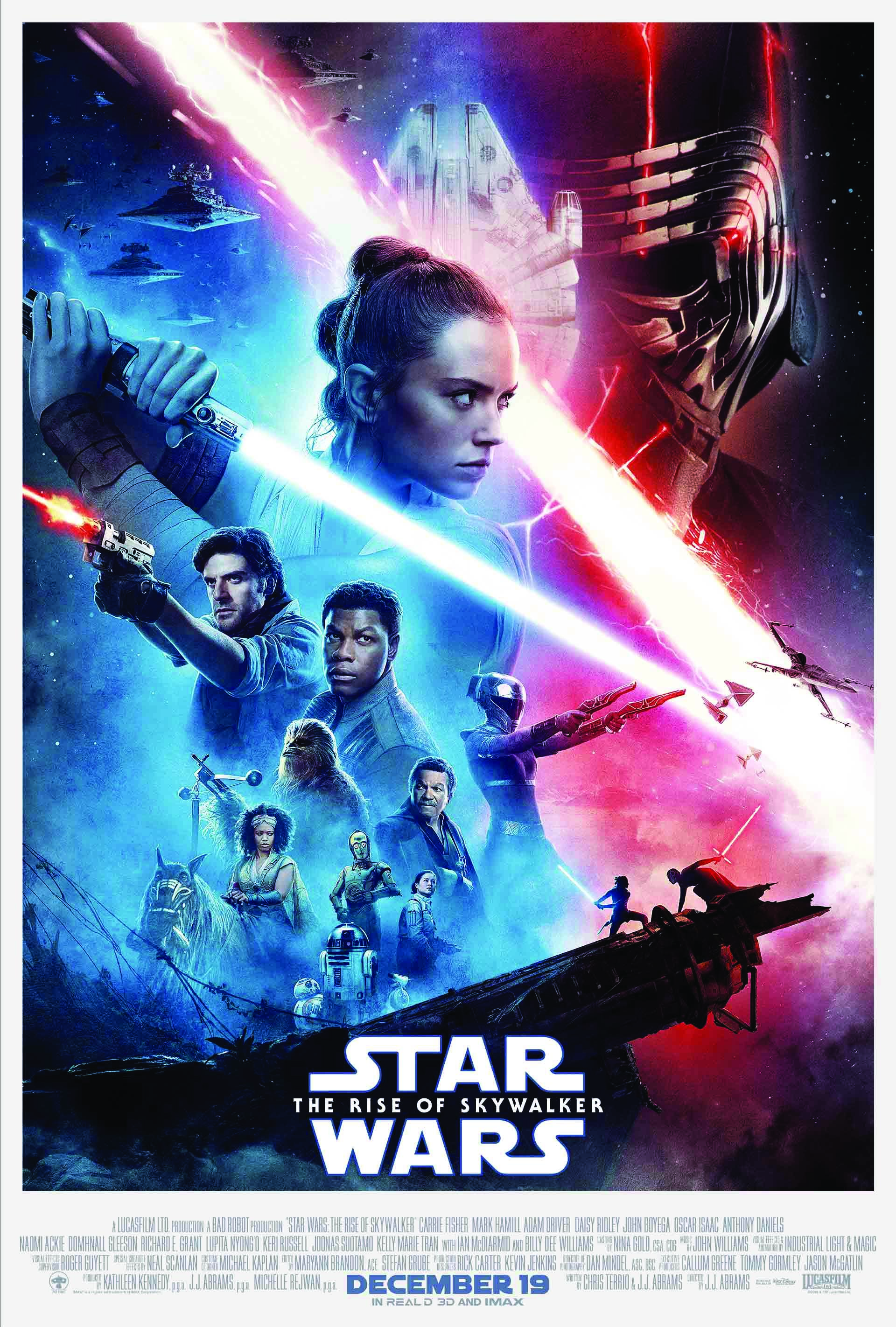 The Rise of Skywalker is a disappointing and sloppy conclusion that could never quite get its act together.

Ever since a new Star Wars trilogy was announced, it has divided fans like no other fandom so it shouldn’t come as that much of a surprise that this conclusion will surely be discussed for many years to come. Star Wars: The Rise of Skywalker ultimately fails to deliver a proper send off for this latest trilogy and is without a doubt the biggest disappointment of the franchise. Everything has been building for this moment. So many questions, so few answers us fans have gotten. After the events of The Last Jedi, the Resistance is looking towards a new hero, Rey (Ridley). Is she able to muster up the strength necessary to lead them to victory or will her enemy/friend Kylo Ren (Driver) stand in her way.

As the supposed conclusion to one of the most beloved stories in the history of cinema, The Rise of Skywalker kind of felt rushed and almost sloppy at times. After deciding to bring back Star Wars, it’s shocking that they didn’t have a better overarching story put in place. There may be plenty of action to be had here but at the end of the day, it just wasn’t enough to save a messy story that felt like one long quest to find the missing piece of the puzzle. Meanwhile, everyone is back for one last journey and unlike The Last Jedi, they are together for more of it. It is nice to see that this trilogy’s core of Rey, Finn (Boyega), and Poe (Oscar Isaac) still play well off each other. For fans of the franchise, there will also be a ton of surprises here that will surely deliver a shot of nostalgia morphine.

Though for a franchise with so much rich history and lure. The Rise of Skywalker wants to ignore some of the choices made in the past in favor of building upon what has come before it, trying to build something new with this final chapter, choosing to service the fans more than the material at hand. Star Wars shouldn’t be this complicated, it is a simple story filled with heart, compassion and laughs. There are certain aspects here that felt so out of place and so far beyond anything we have really see before in a Star Wars film. Just because this is the conclusion, it is understandable that it needs to be on a large scale, but that shouldn’t be an excuse for massive plot holes and way too much exposition. While every loose end, every character arc had to be finished, and at times, so much of it was being swept under the rug. In a film with so much is going on, it becomes easy to forget what’s at play here.

All this time and so many films to build upon this story, it would only take one film to almost destroy it all. The Rise of Skywalker‘s ending is so dull and messy, it seemed like the writers didn’t know how they wanted this story to play out. With new characters being introduced that weren’t needed rather focusing on ones we’ve spent so much time with, they are not given the proper send off they arguably deserve. Precious minutes are wasted on new faces that we will most likely never see again. After investing so much time into these beloved characters it’s only natural for certain audiences to feel protective of them which is why these films can be so divisive.

At the end of the day, with The Rise of Skywalker Abrams should have simply gone back and focused on what makes Star Wars special. With this final chapter, all the fans just want to see is a gratifying conclusion.