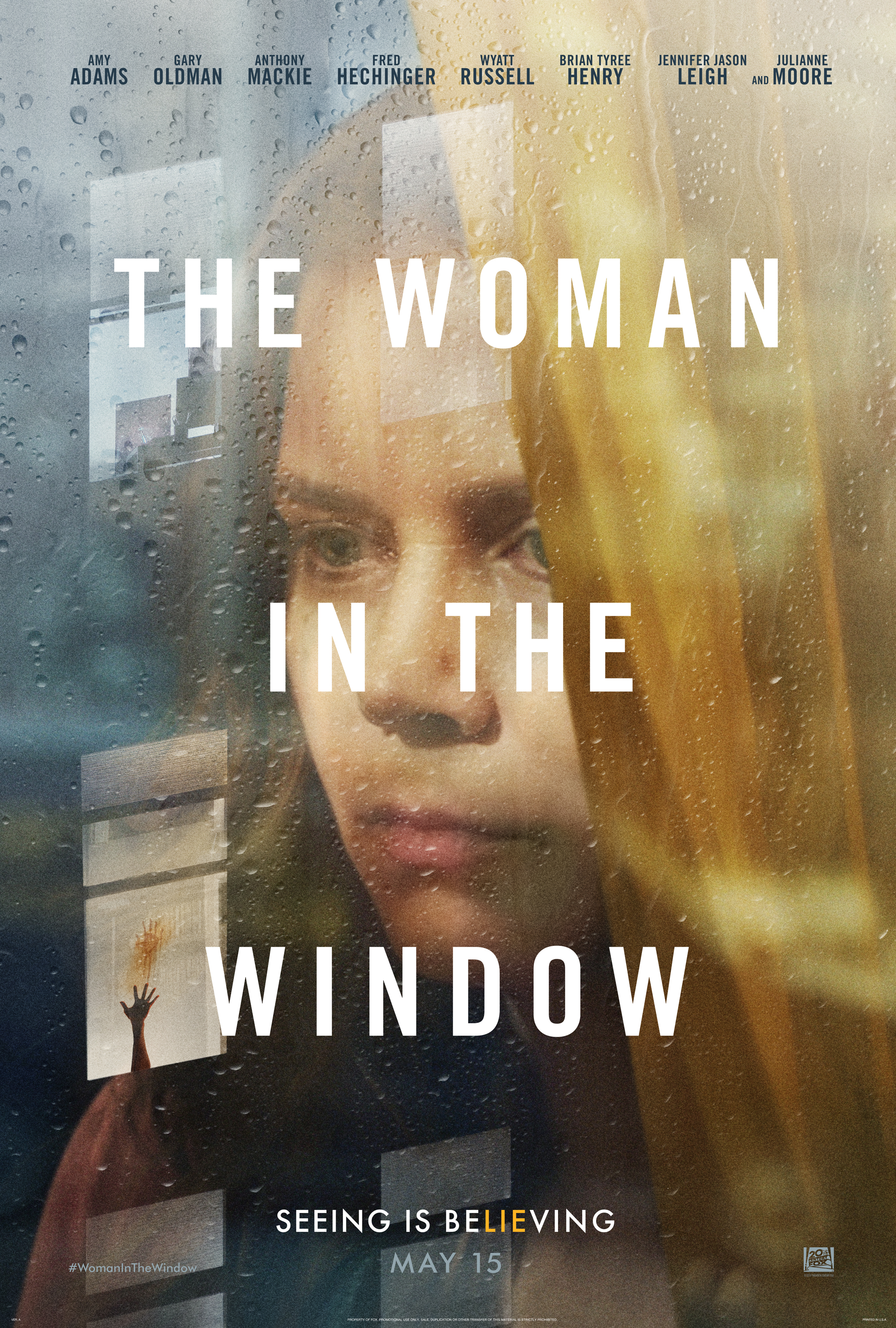 Check out the official trailer of 20th Century Fox’s latest thriller, The Woman in the Window, starring Amy Adams, Gary Oldman, and Julianne Moore, below, in theatres May 15th, 2020.

In “The Woman in the Window,” a psychological suspense thriller directed by Joe Wright, an agoraphobic child psychologist befriends a neighbor across the street from her New York City brownstone, only to see her own life turned upside down when the woman disappears and she suspects foul play. A stellar ensemble cast brings Tracy Letts’ screenplay based on the gripping, best-selling novel to life, where shocking secrets are revealed, and no one—and nothing—is what it seems. Starring Amy Adams, Gary Oldman, Anthony Mackie, Wyatt Russell, Brian Tyree Henry, Jennifer Jason Leigh and Julianne Moore, “The Woman in the Window” is produced by Scott Rudin, Eli Bush and Anthony Katagas.