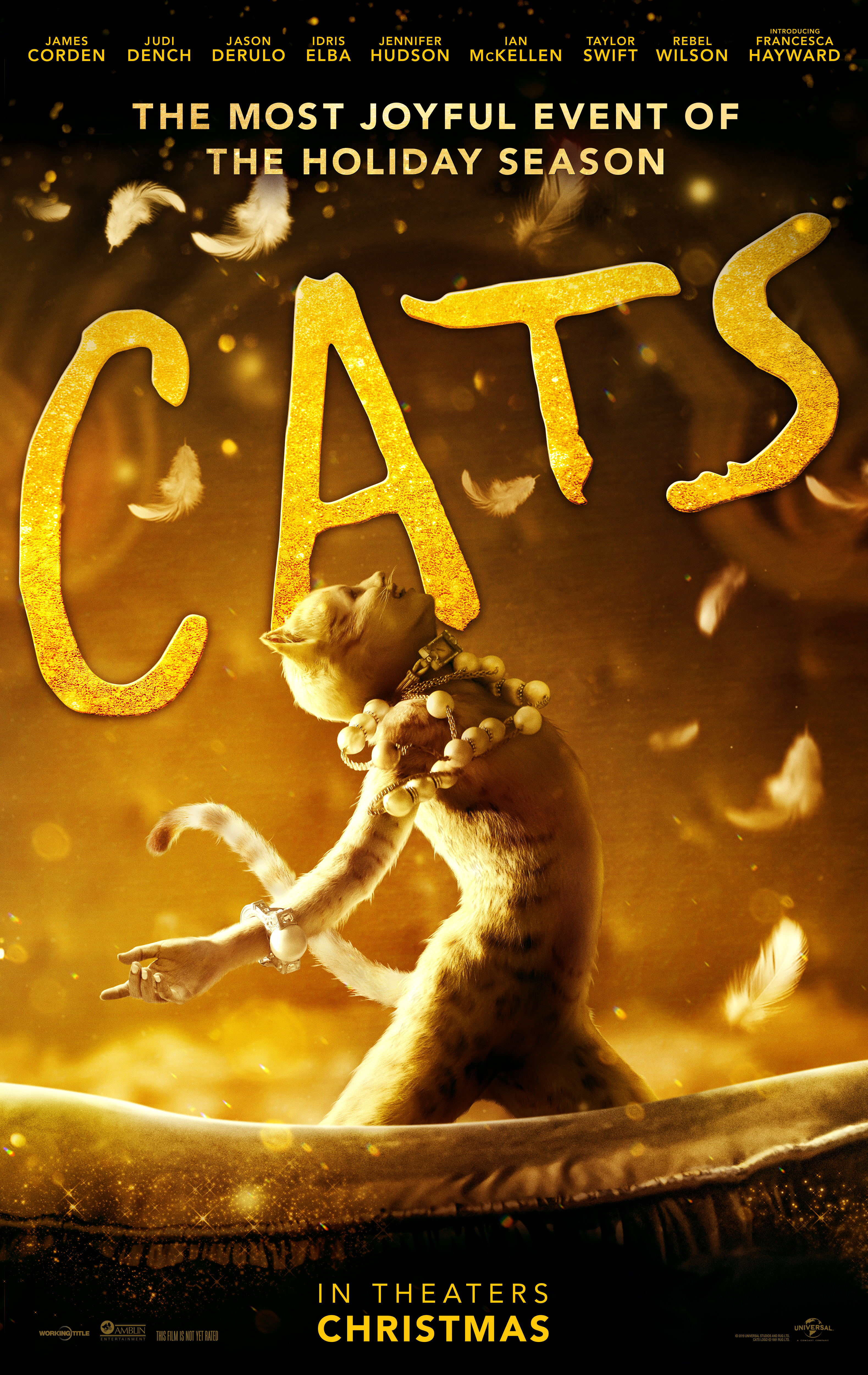 There is perhaps nothing more horrifying than the first trailer of Cats, a musical based on the famed broadway show of the same name. When the bar was already set so low, it shouldn’t come as that much of a surprise that the final product aims even lower. Of course fans of the broadway show may find enough to enjoy about this film adaptation but other audiences will find themselves faced with an existential crisis to put it lightly. How did this film even get made? Who is it even for? Why are the cats so small relative to everything else? How is this G/PG? What the [expletive] is going on? As a whole, the film is a mixed bag of questionable decisions.

All of this may read like a recipe for a so bad that it’s good movie, though it’s unclear if Cats is even that. It’s simply baffling to think that there may or may not have been some level of self-awareness here, intentional or not. Amongst all the overwhelming weirdness and campiness, there was still some sort of story here? Maybe there was but audiences are certainly not going to care about that or any of its thin characters. Those more familiar with the broadway show more than likely know more about what was going on, however, the show never had much of a story to begin with. As far as this film is concerned, it’s merely a series of annoying musical numbers (except for one that we will go back to) that weren’t even that good.

For a film called Cats, the film doesn’t even get that right as whatever things are on screen for just under 2 hours are certainly not that. They have tails but the similarities pretty much end there. They have human hands and feet, they certainly don’t move like cats (bad mocap), and they all had quite a bit of forehead as the bad CGI can’t even get the faces right. If you think cats aren’t the only species this film gets wrong, get ready for some nightmares. All of these facts loom large over the film as it will be hard to focus on anything else. This snowballing makes the film a tremendous chore of a watch from beginning to end. Along those lines, the snowballing is also fascinating if only to see how much worse it can get. For a certain audience, that could be entertaining and up to a certain point, it was here.

Cats not only doesn’t get the species from its title (and a few others) right, or the music right, it is atrocious to look at. The production design is one big acid trip, the special effects were weird, and the camera was drunk, making something that was already hard to follow even harder. As mentioned, the musical numbers weren’t all that exciting except for one, “Memory”, arguably the most popular song of the musical. Jennifer Hudson as Grizabella definitely gives it her all but just close your eyes and listen because it’s a shame that her character had to look so ridiculous. Although its A-list class may seem like a big draw (which will probably work for some audiences), they all phone it in for the most part, seemingly disinterested. However, the script didn’t do them any favors.

At the end of the day, it’s tough to describe what Cats was. This enigma of a film does not succeed at anything. This snowball of bad may be entertaining for some audiences, its obnoxious nature was simply too much to possess any kind of entertainment value. Technically not a disappointment if the bar was already low to begin with.

In Defense of Cats