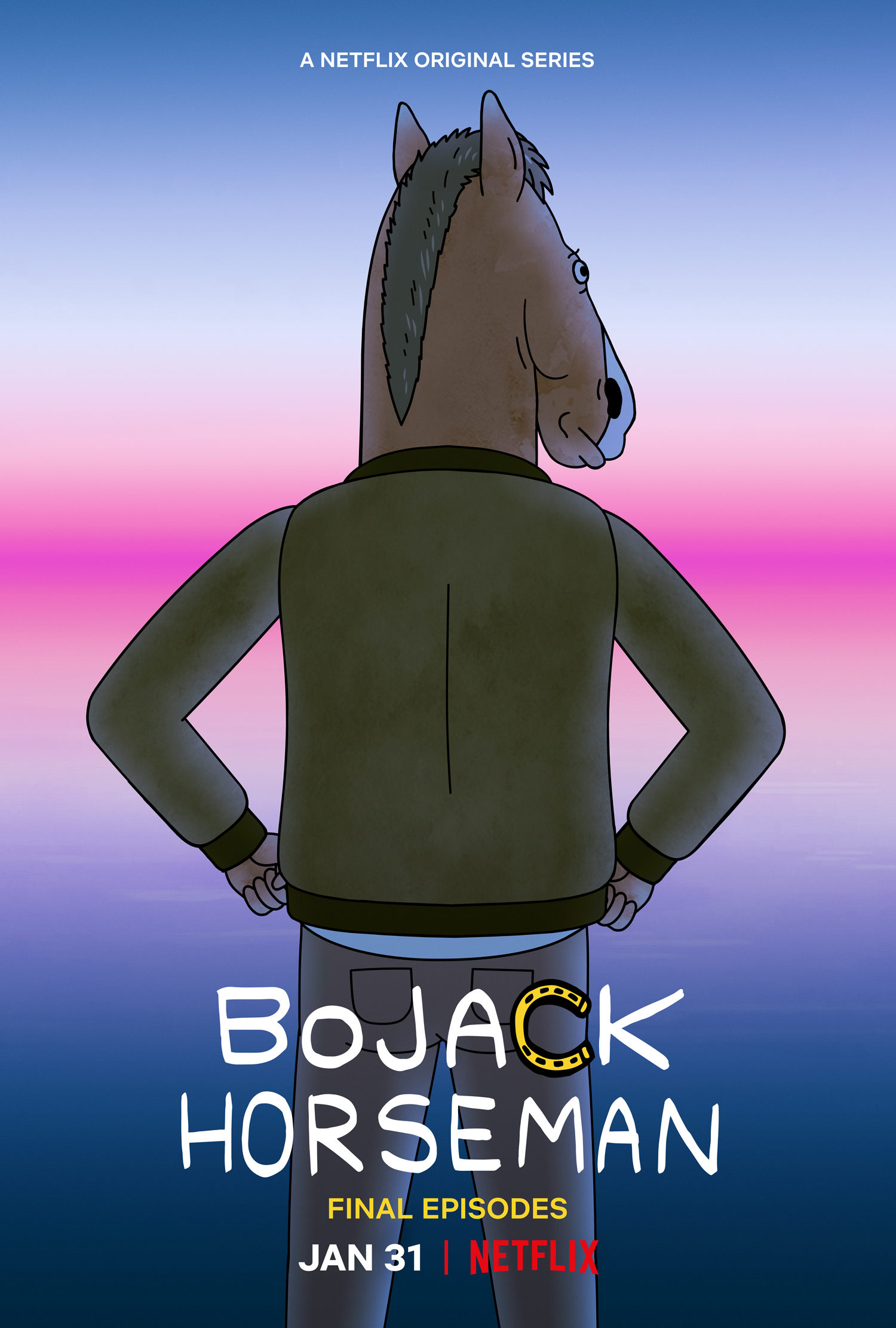 Check out the official trailer and first look images of the back half of the sixth and final season of Netflix’s hit animated comedy series, Bojack Horseman, below, hitting Netflix on January 31st.

BoJack Horseman was created by Raphael Bob-Waksberg.  The series is executive produced by Raphael Bob-Waksberg, Steven A. Cohen and Noel Bright.  Will Arnett (Flaked, Arrested Development) and Aaron Paul (Breaking Bad) also serve as executive producers. BoJack was designed by graphic artist Lisa Hanawalt and animated by LA-based ShadowMachine. The show is a Tornante Production, brought to life by Michael Eisner’s The Tornante Company.