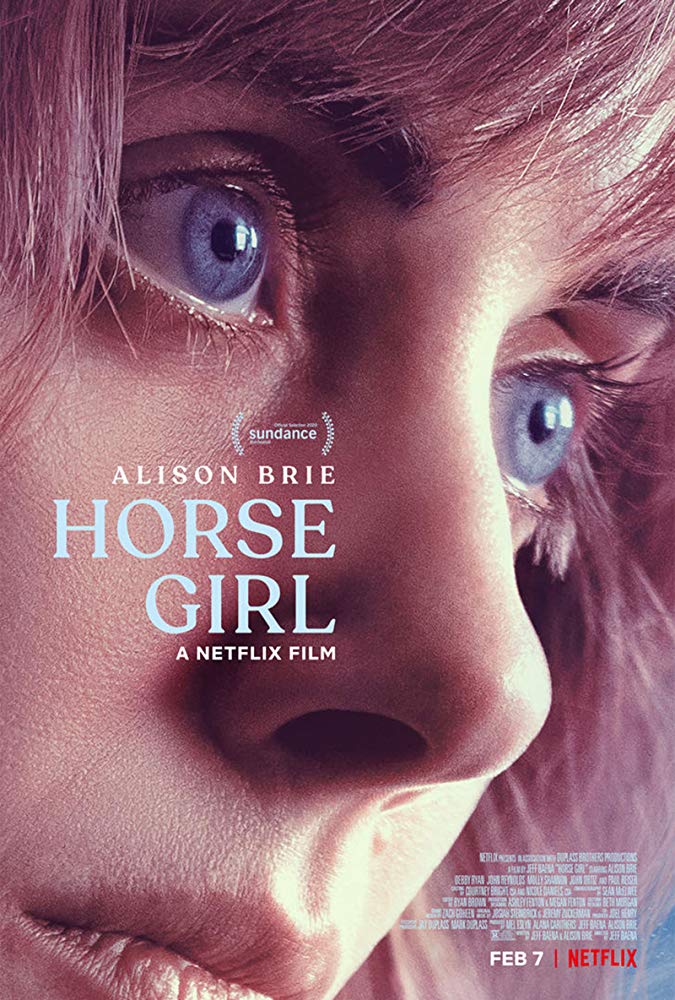 Horse Girl serves as an unexpected ride into insanity and one that manages to always instill our attention.

Some films surprise you in unexpected ways. Fight Club with the Tyler Durden’s identity. Atonement with Briony’s truth. The Usual Suspects with Keyser Soze. It’s always nice when you go into a movie thinking you kinda know what’s that about, and then the director pulls the rug from under your feet. That same is the case with Horse Girl. Structurally, the film is very by the book, with three very distinct acts. But what makes it interesting is that each act takes the story into new and different directions while building on the previous ones.

Horse Girl follows Sarah (Brie), an awkward woman with socializing issues. She shares an apartment with Nikki (Ryan) and works at a craft shop with Joan (Shannon). However, it’s pretty clear that something is off. She doesn’t socialize normally; it’s not exactly a problem per se, she just seems to be tuning at a different pace than everybody else around her. Every day when Nikki gets home from work, Sarah is watching her favorite tv show, a science fiction crime thriller. Nikki’s boyfriend Brian (Jake Picking) a hunky man who has all the behavior of a prom prince and high school bully, doesn’t like to interact with Sarah, and things get worse when he catches her sleepwalking around the house. On Sarah’s birthday, Nikki forces Brian to call in his roommate Darren (Reynolds), and he and Sarah hit it off right away. Darren is also a bit awkward himself, and they seem to become a very charming couple.

The first act treats its story almost as a romantic comedy. We have tender and endearing moments, a few laughs (Brian’s rapping) and the perfect cooky behavior, that seems to take us into a journey of two socially awkward people finding love and becoming more secure about themselves. Granted, there are nods to deep, darker tones to the story, but they come up sparsely, establishing a background without weighing things down. Meanwhile, the second act turns things around quite dramatically; Sarah is not just awkward, she has severe mental problems, most certainly hereditary, and they are surfacing without holding back. The lighthearted beginning quickly disappears, and we are thrown into a hell of a ride into a deeply disturbed mind that doesn’t know it’s sick at all. Sarah tries understanding what’s going on with her, and she even begins to find conspiracy theories plausible to answer all her questions.

When we get to this point, it is easy to become completely immersed into Horse Girl‘s story, thanks to Brie’s intense, no-hold barriers performance. She delves into the instabilities of her character with everything she’s got, and she comes out with a quite impressive performance. Brie is so intense it becomes almost uncomfortable to watch, at the same time that we cannot take ours eyes away from her. Sarah’s paranoia only increases during the second act, and the people around her, even the ones who care the most for her, are frightened and cannot help her find her path anymore. Her conspiracy theories come with full force, and she gets to the point of becoming a hazard to others, and that’s the moment she’s institutionalized. Without giving anything away, the film’s third act brings on a few other surprises as it finds a way of challenging us once more with our perspectives, while managing to give us two completely different possibilities for its ending, one of them truly heartbreaking.

At the end of the day, Horse Girl is just a standard film; it doesn’t scream craft from each frame; it prefers to concentrate its efforts into the script and the performances, and this definitely proved to be a good choice.

Sundance 2020: Leap of Faith: William Friedkin on The Exorcist Review