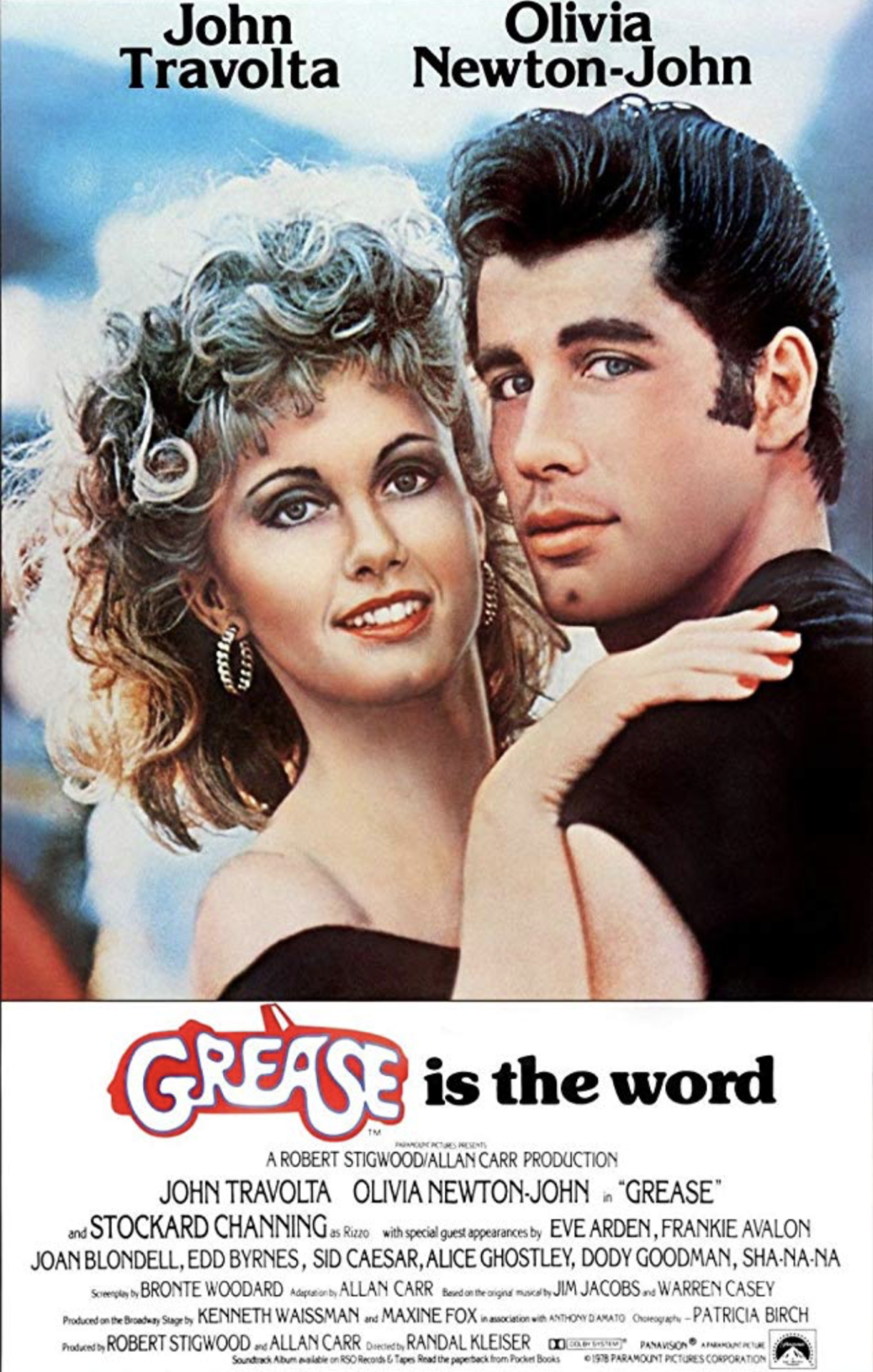 Grease may not be the most brilliant film by any means but its staying power comes from the entertainment value of the sum of its parts.

There are just certain films that are such a part of our lives growing up that we know them so inside and out that we tend to ignore any perceived problems, for example, actors being clearly too old to be playing teenagers. Grease is one of those films. It’s nearly impossible to imagine anyone who has not seen this film at any point of their lives. It’s just one of those films.

The story in Grease is pretty simple. Taking place in the 1950’s, a pair of teens named Danny (Travolta) and Sandy (Newton-John) meet and fall in love during a summer vacation. When Danny goes back to school, he finds out that Sandy enrolled there, and they meet again. But Danny, being part of the Greasers, dismisses her, and Sandy goes on with her life, trying to forget him. Of course, that’s not going to happen as they cannot deny the powerful feelings they have for one another.

Grease is a classic example of a kind of film that may not be cinematically brilliant (far from it) and its problems are very apparent: the older actors, the lack of production value, the uninspired mise-en-scene. But there is still some kind of magic here, one that doesn’t show up very often: the way it all comes together, even the bad parts, makes it very unique and engaging to watch. The sum of its parts result in a stronger experience for audiences.

While the script may be somewhat generic, there are some very entertaining bits in every scene which elevate the film above ordinary bubbly comedy status. The cast helps a lot, giving charm and personality to their characters, especially Channing as Rizzo, probably the best in the cast. She gives her depth and a lot of pizzazz, and Rizzo becomes one magnetic person to watch. The whole cast is great; Travolta is very charismatic as Danny and Newton-John masters the bubble gum personality of Sandy. The supporting cast is very delightful, especially Eve Arden as Principal McGee. Every line she reads, every reaction she shows is a master class of comedic timing. One thing has to be said: you can sense from here that the entire cast had a lot of fun during the shoot, which only helps making the film feels even more lively.

And, of course, one cannot talk about Grease without talking about its music. They all work wonders here, a lot of them became true classics and the choreography still impresses, and most importantly, they make us want to join the dance. Let’s face it: we know at least one of these songs by heart.

Grease is a delightful musical comedy, and it still entertains as much as it did when it was released over 40 years ago.

Netflix's To All the Boys: P.S. I Still Love You - More Charming Than Cheesy