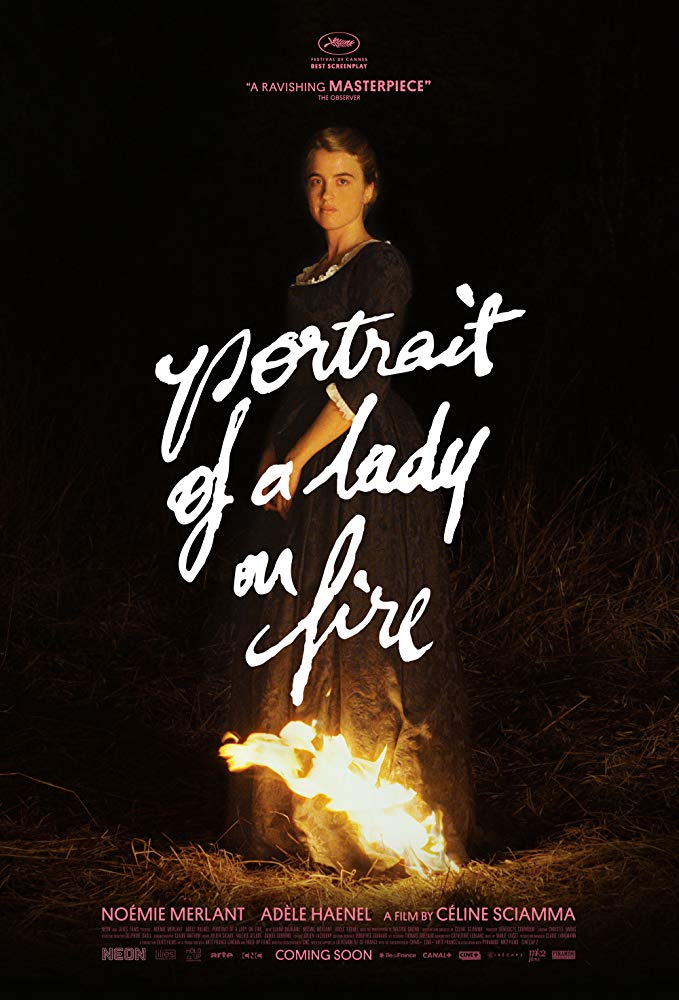 Portrait of a Lady on Fire is definitely worthy of all the accolades it has received but this beautiful slow burn romance didn't quite connect.

Widely considered one of the best films of 2019, appearing on countless best of lists, Portrait of a Lady on Fire was a film that missed out on Oscars nearly a week ago (though Neon and France backing other foreign language films also played a major part in that). While the film was definitely worthy of award-contention, it did not quite resonate as much as the films that were nominated. This did not necessarily mean that this was a bad film because it certainly wasn’t as this French, slow burn lesbian romance has still found a considerable following ever since it’s premiere at last year’s Cannes Film Festival. The film may be too slow for some audiences and the surprise of it all may not be there anymore, now almost a year later, but it does offer some truly breathtaking production design and cinematography taking advantage of the French countryside. Though hopefully after Parasite‘s recent Best Picture Oscar win, audiences will be more receptive to foreign language films and subtitles as the film is worth the time if you can find it as it will see a wider opening this weekend.

For those who are still unaware of the story, Portrait of a Lady on Fire follows a female painter named Marianne (Merlant) as she recounts her story about how she was commissioned to paint a wedding portrait of a troubled and notoriously uncooperative young woman and a reluctant upcoming bride living on an isolated island named Héloïse (Haenel) near the end of the eighteenth century. The two women formed a strong bond over time as what started off as a professional relationship inevitably became something more. In order to paint Héloïse the right way, Marianne had to completely understand her which would be easier said than done. While they may seem like different people, they were alike in many ways. Meanwhile, without sort of knowing the plot of the film beforehand, it was clear that there was a connection between both women. However, the inevitable conclusion took a little too long to develop. In the end, Marianne’s outsider personality helped to break down the walls the recluse Héloïse had put up after a freak tragedy (the backstory was lacking here) to put her at ease so she could paint her without her knowledge.

Marianne and Héloïse were fun to watch but once the love story begins, Portrait of a Lady on Fire really gets going. It’s just a shame that it took a little too long to get there, spending too much time building up their attraction with one another. While the women were so clearly in love (which was beautiful to watch), their extended fling was obviously not going to last forever. Their would be faced with a tough choice about their futures and a harsh reality that would never allow them to be together. The emotion and overwhelming internal conflict was very real as we felt for these women though the film did not give us nearly enough time to stew in it which lessened the impact. The end of the film, serving as a callback to this moment, therefore was not as impactful either. Meanwhile, the film may be slow and a tad too dialog-heavy but what keeps it engaging are the sensational lead performances from Merland and Haenel as Marianne and Héloïse respectively and their magnetic chemistry and screen presence that both helped to sell the film’s central love story.

In the end, Portrait of a Lady on Fire is a beautiful romance that takes time to get going which does hurt the emotional impact but is certainly worth the wait.