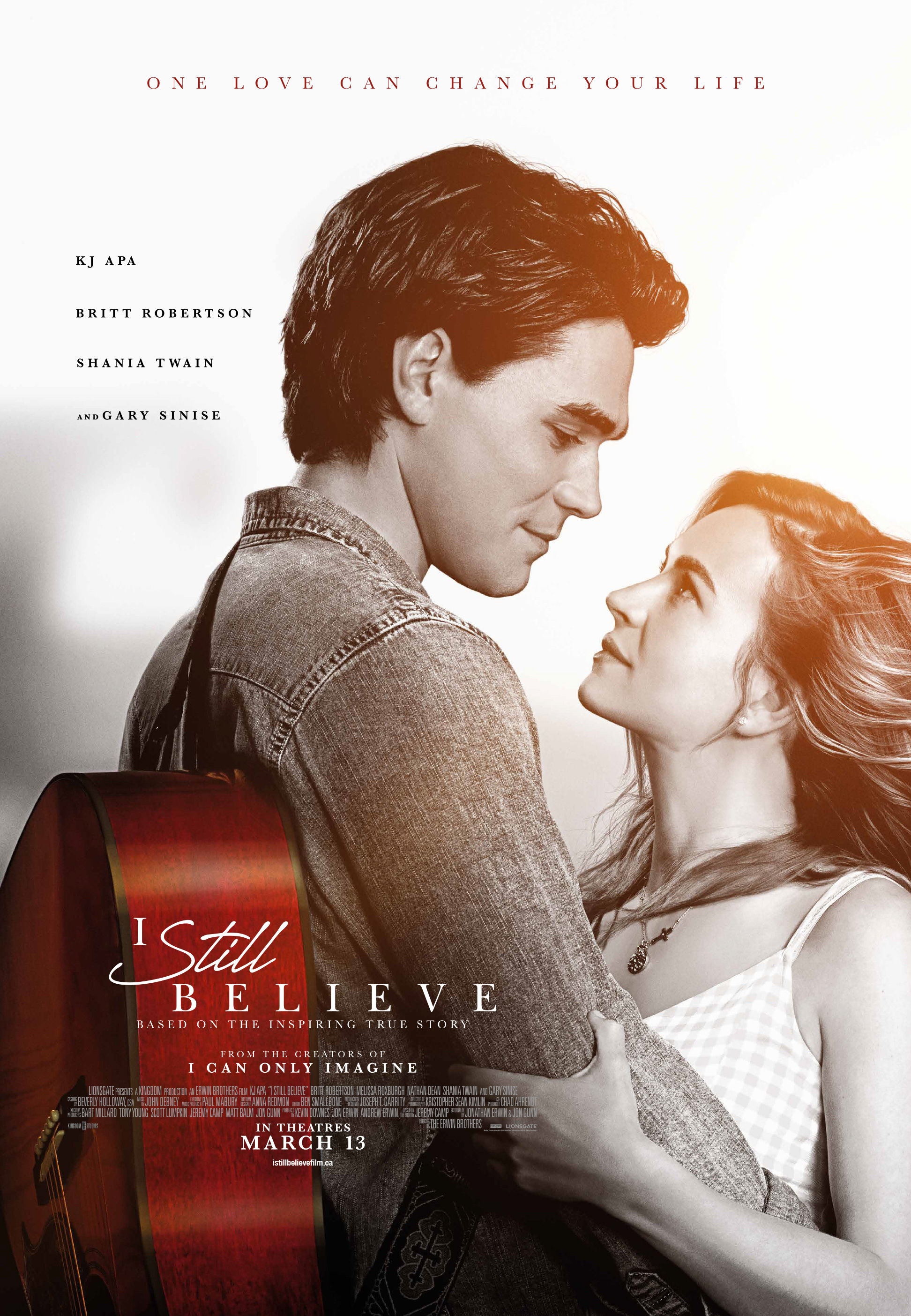 I Still Believe is a contrived, melodramatic ball of cheese that may touch some people but is unintentionally hilarious more often than not.

Right away, most audiences have probably already seen I Still Believe in one form or another before but as these types of films go, that’s not necessarily the point. It’s also sometimes about the escapism of seeing younger, good-looking people falling in love on screen though in this case, it’s a little more than that with religious themes thrown into the mix. The latter will certainly be a moot point for audiences as the film certainly will not be for everyone, assuming they can look past the romance angle obviously. Though it is based on a true story with religious themes, the film overplays its religious overtones in an arguably overly-contrived way that permeates throughout the film, that is both irritating at times and also unintentionally hilarious at others. Suffice it to say that those who are not religiously-inclined will simply be rolling their eyes at the events of the film while those who are should find more than enough to enjoy here.

I Still Believe is based on the true story of the famed Christian music star Jeremy Camp (Apa) and his emotional rollercoaster of a relationship with a woman named Melissa (Robertson). Those familiar with the true story or anyone who has seen any of the film’s promotional material can more or less figure out how the story will go which pretty much takes any type of fun or interest away from it as nothing should come as much of a surprise to anyone. Just another story of two seemingly incompatible people inevitably falling in love with another over time because they are good looking and because obviously. Meeting at a Christian college, Jeremy was an aspiring singer and songwriter while Melissa was something but was also a big Christian music fan. Of course religion was the driving force of their relationship and throughout their mostly ups and downs, that’s what they had on their side.

The story was incredibly dull to watch as these characters had almost no chemistry and faced little to no serious adversity whatsoever. As Jeremy was on the rise in the music scene and he and Melissa grew closer, Melissa would be stricken with cancer out of nowhere. Her strong belief in God and God’s plan was certainly infectious. Regardless of what may or may not happen to her, it all was his plan and she had faith in that. Throughout her many hardships, Jeremy’s faith was tested but he still remained by her side as his love of Melissa never waned. Though they relied on the power of their faith to get them through, something had to give. With a running time of just under 2 hours, there’s only so much of this one person can take. The film definitely could have been 10-15 minutes shorter as it goes out of its way on countless occasions to justify itself (i.e. push its religious overtones).

While its extremely cheesy dialog didn’t do it any favors, the best part of I Still Believe was Apa’s performance as Jeremy. He brings boatloads of charisma to the role and was still somewhat compelling to watch despite being handcuffed by the material. Meanwhile, he also sang and played guitar and surprisingly wasn’t bad. The other side of the spectrum unfortunately was Robertson’s Melissa whose performance screamed (for lack of a better word) being held against her will. While she was saddled with most of the cheesy dialog, her unnatural performance was painful to watch as she was seemingly stringed along by Apa. If it wasn’t for him, the film’s central relationship would have faced a much different fate. The film wants us to care about them and their story but while it wasn’t necessarily the actors’ fault, it certainly was difficult to do so.

In the end. some people will still believe in I Still Believe and that’s fine but for those who don’t believe, it will not change your mind.