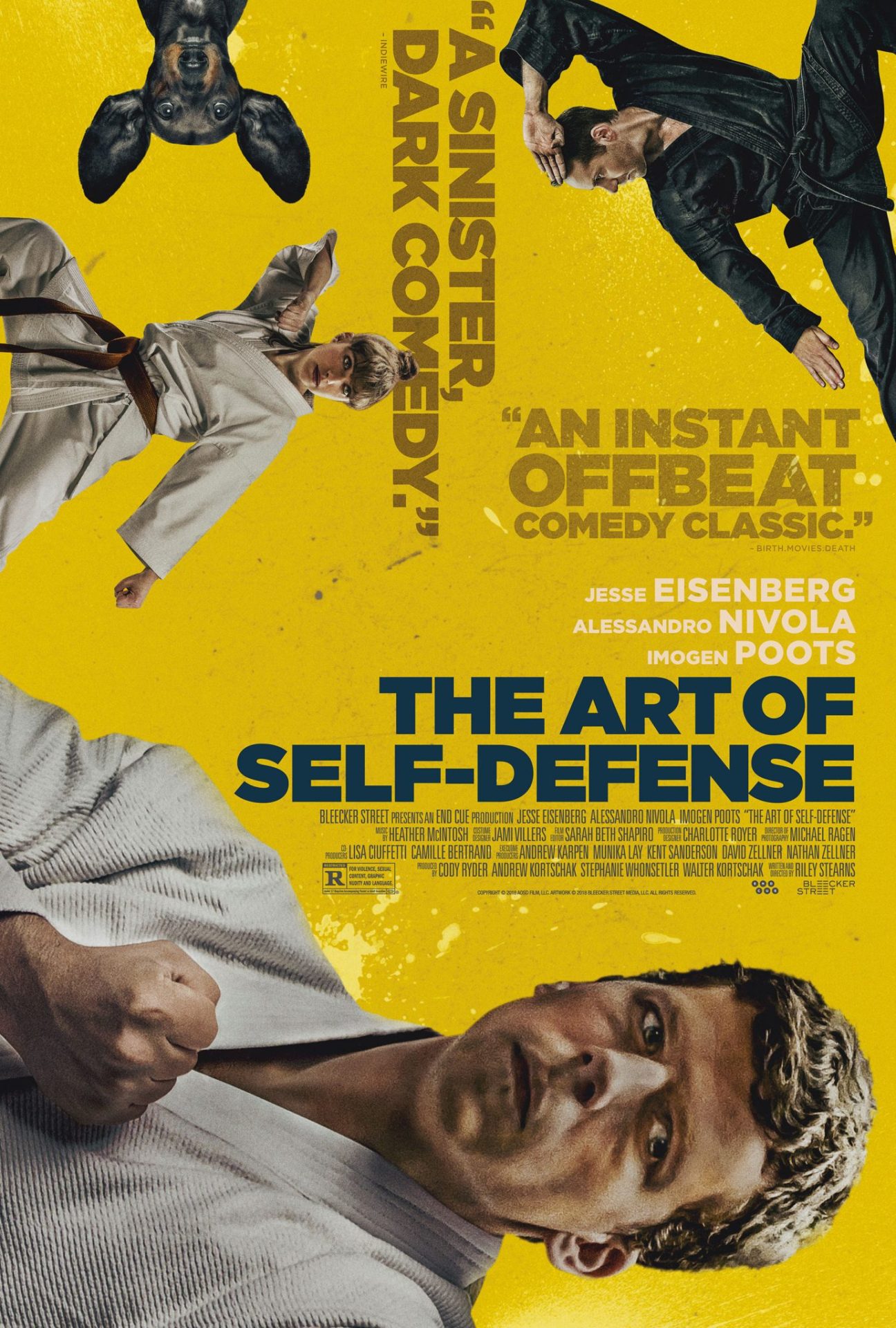 The Art of Self-Defense was a goofy delight that may be too goofy for some, featuring Jesse Eisenberg at peak awkward.

You’ve certainly not seen a film like this before and that’s a great thing in this case. This goofy, dark comedy set in the world of karate features some of the most outrageous dialog in recent memory but it somehow still works despite this. The Art of Self-Defense is about a man named Casey (Eisenberg) who after a random night mugging, settled on signing up for a karate class run by a mysterious man known as Sensei (Nivola). Little did he know, this new world that he found himself a part of was much more than he had bargained for.

After meeting Casey for the first time, it is clear that he is not what would be known as a manly man. The mild-mannered accountant lived a solitary life while minding his own business. Suffice it to say that his mugging would serve as a wake up call. Sensei’s karate class was so over-the-top as he would offer more than just self-defense by helping challenge Casey to become more of a man. Casey’s arc over the course of The Art of Self-Defense was hilarious although this would be somewhat dampened by a tonal shift near the end of the film that didn’t quite work.

The best part of The Art of Self-Defense was the script but it would not have worked without the right actors to deliver the sharp dialog. Eisenberg was his awkwardly relatable best as Casey. He was compelling to watch and hilarious, mostly thanks to his delivery of the outrageous dialog. Meanwhile, Nivola as Sensei took it to a whole other level. Not only was his charismatic and imposing, his deadpan delivery was sensational and hilarious as he would deliver several funny monologues.

The tonal shift during the final third may not be for everyone but the utterly hilarious dialog and the pairing of Eisenberg and the amazing deadpan of Alessandro Nivola make The Art of Self-Defense well worth checking out.