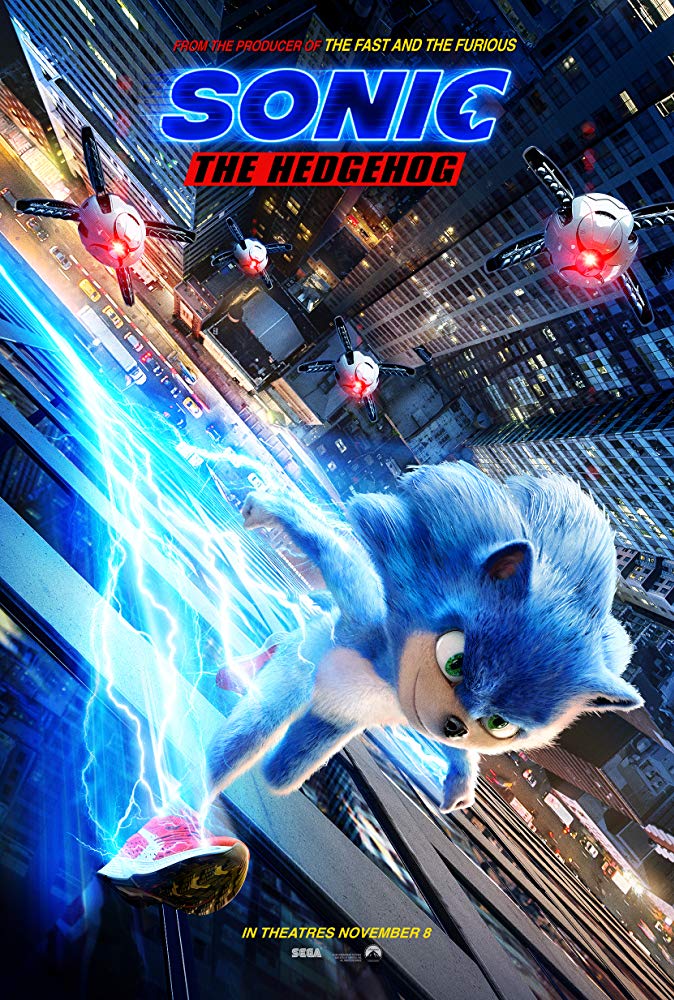 So yeah, that’s our first look at the live action Sonic The Hedgehog Movie based off the wildly popular Sega video game, that drove you bonkers as a young child. Woof.

In only a few short weeks we are getting Detective Pikachu, another video game movie based off a cartoon character, and if you put them side-by-side it’s pretty ugly. Sure, one of them is Pokémon which is still clearly a juggernaut of a property, and the other is Sonic which hasn’t really been that relevant in quite sometime, making this trailer almost embarrassing to watch.

Sonic may be cute and Ben Schwartz will surely do a fantastic job voicing this little blue fella, but everything as whole looks pretty lame. Jim Carrey playing Dr. Robotnik could be okay, it was nice to see the reveal of his more iconic look at the end of the trailer but his performance seems off the rails and super cheesy. It’s a little confusing as to why they felt the need to add in all these human characters that don’t mean anything to the world of Sonic. We have video games to turn to, it just feels like such a wasted opportunity. This should be about his world, not ours. Introduce Tails and Knuckles, don’t give us useless human characters that we won’t even remember 10 minutes after watching the movie.

This trailer was overall really disappointing to watch. Sonic The Hedgehog could very well be a massive bomb at the box office.