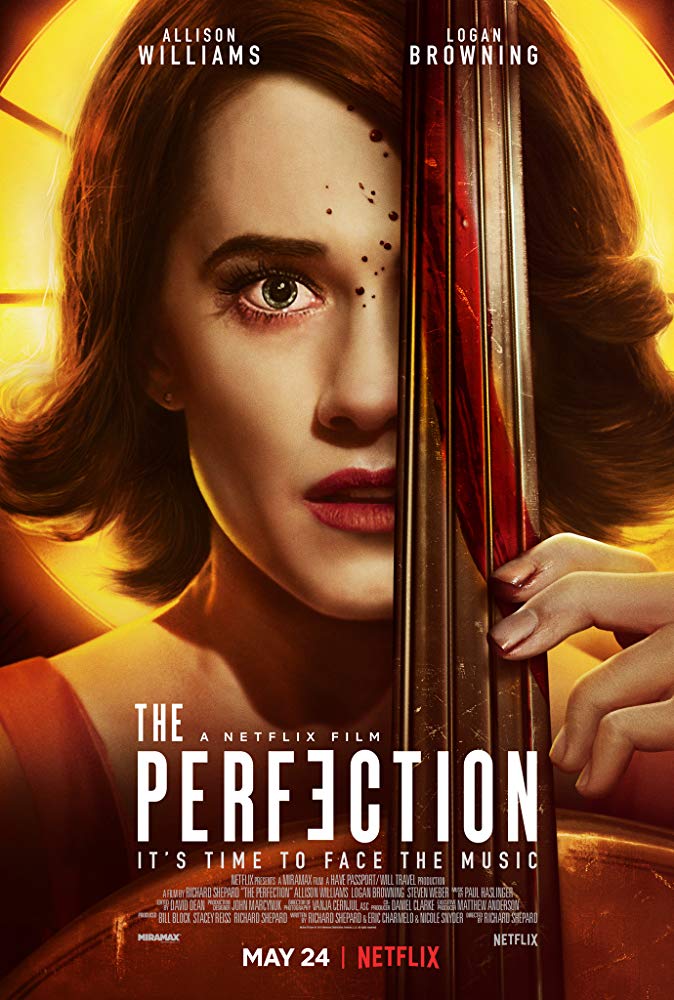 The Perfection is a bizarre B-movie premise stringed together with bonkers moments of body horror that will leave you with an unpleasant feeling from the first frame to the last.

Okay, what if Whiplash but with erotica, dismemberment, bugs, puke, and shitting yourself on public transportation?

The Perfection is a film that was filled with twists and turns at every corner where you always feel something sinister lurking through scene to scene. As a result, it will surely give off an unnerving and unsettling tone that will make some feel ill. It certainly knows how to make an audience feel uncomfortable, with its gratuitous body expulsions highlighting a frantic and disturbing bus ride in the countryside of China being the highlight that would emphasize the contrasting inflections between camp and high-art – in this case classical music – resonating under its unfocused screenplay.

The eroticism is encapsulated by a duet the two stars perform with clever editing that intercuts their performance with some extracurricular activity later on. The first and second halves feel distinctly separated; if the first is a jealousy-infused psycho-trip, then the second is a revenge thriller that crescendos into a gonzo final sequence about selfish, evil mentors and the limits of chasing perfection. Explaining the plot anymore would be constituted as “spoiler” territory. Even if the twists are easy to see coming, the way they are shot and presented should be seen with as little knowledge as possible, because the shock factor is surely apparent.

With Charlotte, Williams has seem to have solidified her niche role of the unassuming and innocent girl with a trunk-full of twisted secrets bubbling underneath her normal persona. Her stone-cold face juxtaposed with her bright blue eyes housing thousands of different emotions, showcasing her talented range and why she deserves bigger roles. Opposite her is Browning as Lizzie, a deer-in-the-headlights character who quickly transitions into a tactical hero for the audience to chiefly root for. Browning plays her with a keen observational manner, lending a more grounded point-of-view to the bizarre plot.

Both times captivating and disingenuous, The Perfection will have its midnight screening fans who love this kind of sub-genre, but the way the film plays out more as a manipulative “I bet you didn’t see that coming!” farce that doesn’t challenge the audience as much as it think it does. The on-the-nose score blares after every new character revelation, almost telling us that our jaws should be on the floor after every twist and the campy dialogue makes the “Black Swan” type premise feel like a downgraded, amateur version.

The Perfection works as a fine revenge thriller, but looking at it from any other angle will surely lead to disappointment. If there’s anything else this movie taught me it’s that you should not take hallucinogens. Be warned.