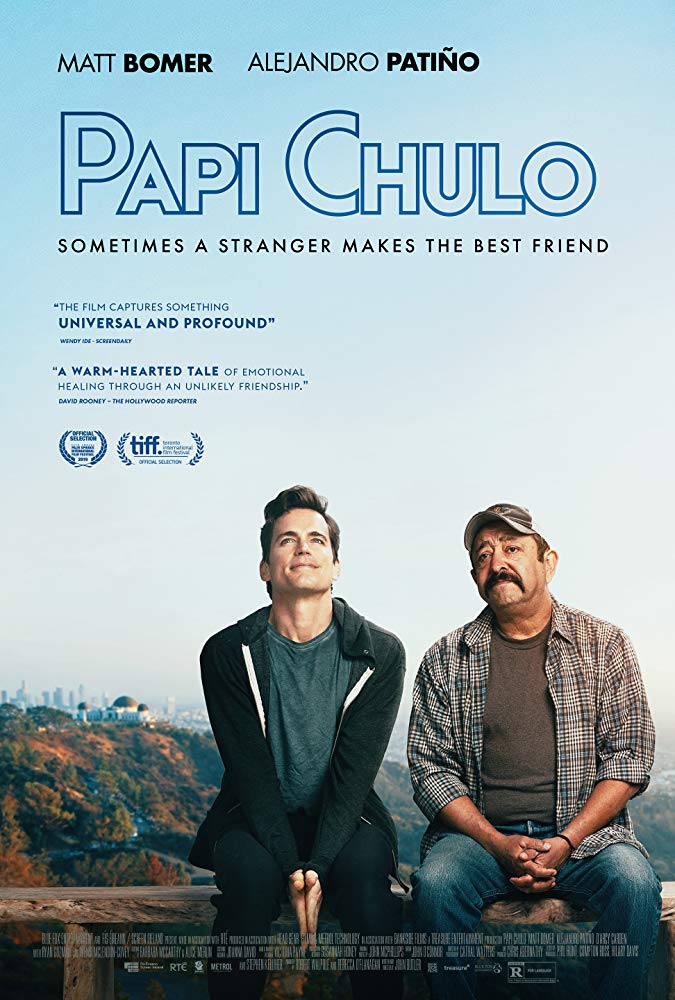 There is perhaps a heartwarming story somewhere within Papi Chulo but it is ruined by an extremely annoying lead character and performance from Matt Bomer.

This will be one of many reviews during this year’s Toronto Inside Out Film Festival, to keep up with our latest coverage, click here.

The types of films that resonate with viewers are the ones that have us forming a deep emotional connection with their stories and characters. Papi Chulo will not be one of those types of films for a large number of viewers. While it still has some merit, its depiction of its lead character will surely turn some people off, leading them to look past (or not at all) its unrealized story about grief and loneliness.

Sean (Bomer) is a overly-neurotic Los Angeles area weatherman who is suffering after a bad breakup. Wanting to move on, he hires a Mexican day laborer named Ernesto (Patiño) to repaint his deck as it would remind him of his ex. What would start off as an employer-employee relationship inevitably became something more. An immediate problem with their relationship was a language barrier with Sean speaking English and Ernesto speaking Spanish but Sean did not let that get in the way as he would be the one doing most of the talking, forcing Ernesto to simply nod and agree despite not knowing what Sean was saying.

The problem with this was that the eventual outcome of their relationship was predictable and would get dull very quickly but the biggest problem with Papi Chulo was simply the fact that Sean was an extremely annoying character to watch thanks to Bomer’s overacting . Regardless of the story, this fact alone will lead some viewers to tune it out and not care. On the other hand, it felt like Ernesto was used more as a prop than an actual character to literally prop up Sean. Despite this, Patiño brought plenty of grace while admittedly having good chemistry with Bomer.

Now if the filmmakers could have just toned things down a little then Papi Chulo could have stood a better chance.

Being Frank - A Little Too Easy But Still Fun (Early Review)