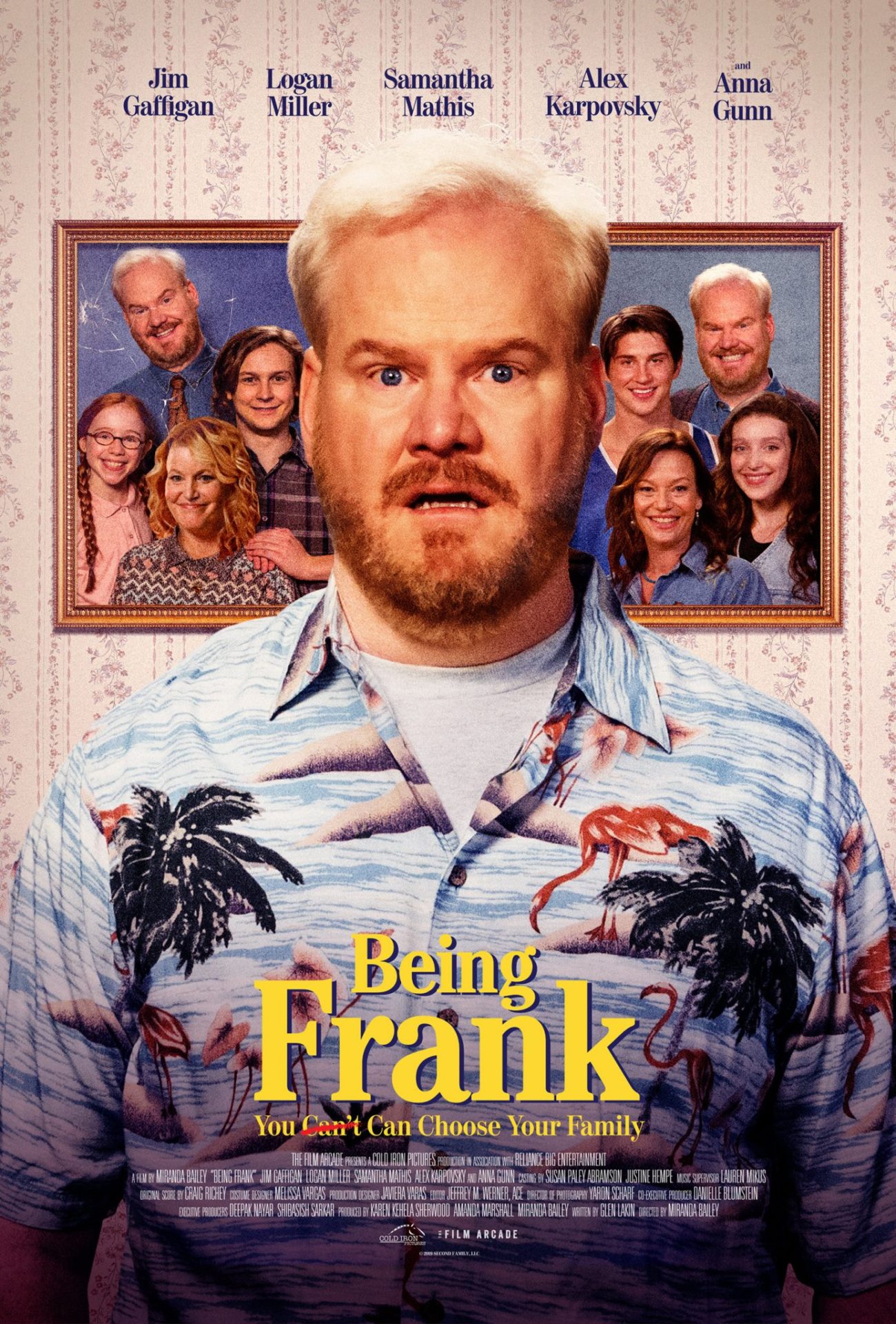 Being Frank is a fun indie comedy that perhaps lacks depth but still works as decent character study with some great performances and chemistry from Jim Gaffigan and Logan Miller.

It’s surprisingly easy to be Frank, in Being Frank (formally known as You Can Choose Your Family), a seemingly normal family man named Frank (Gaffigan) who has his life turned upside down when his son Philip (Miller) discovers his secret other family. The slight problem with the film arises if it is viewed under the narrow lens of its premise. The film never seemed interested in tackling Frank’s philandering ways and the consequences of his actions, rather trivializing them as the film used this as a lens to study the relationship between Frank and Philip.

While it wouldn’t necessarily right to expect that much depth from what is essentially a comedy, the story provides more than enough hilarious moments and a surprising amount of compelling drama. Over the course of the film, we would learn that Frank was two completely different people while living separate lives with his two families. The obvious juxtaposition that came from this was predictable but it didn’t make it any less fun to watch. Frank, who had been living these lives for a long time, had become comfortable, however, Philip’s intrusion left him on edge.

The film arguably missed an opportunity by not playing up the inner conflict angle of the story as Frank never appeared to face any repercussions for his actions. The more satisfying moments came from Philip enjoying watching his dad sweat while he tried to salvage both his lives. Though it could have gone further with that part of the story, the Philip side of the story was more interesting (which is also kind of a bad thing since the film is called Being Frank). While infiltrating Frank’s other family (the film never specifies which family was technically the second family), what would start off as a ploy to blackmail his father, led to Philip getting the kind of family that he didn’t quite have at home.

Predictably over that same amount of time, the inverse was the case for Frank. While what he did makes him a bad person, in theory, it was difficult to not dislike him even though the film didn’t go overly deep with the character. Despite this, the writing as a whole was strong with the relationship between Frank and Philip front and center. They were the best part of the film but it was a shame that we didn’t get enough of them together. With a running time closer to 2 hours, Being Frank lags a little in the middle with a few unnecessary subplots leading to a slightly disappointing conclusion.

The acting was great across the board with Gaffigan and Miller great performances and their great chemistry leading the way. The film ultimately would not have worked nearly as well if not for them as they single-handedly sell the premise. Regardless of the material, they were fun to watch through the film’s comedic and dramatic moments. Miller technically had the most to do among the two of them as it could be argued that the story was more about him but even with this, he got by on his likability and relatability. Meanwhile, Gaffigan did his best with what he had.

Being Frank was perhaps a little too easy but just like Frank, it can still gets away with it.

Inside Out 2019: Papi Chulo Review