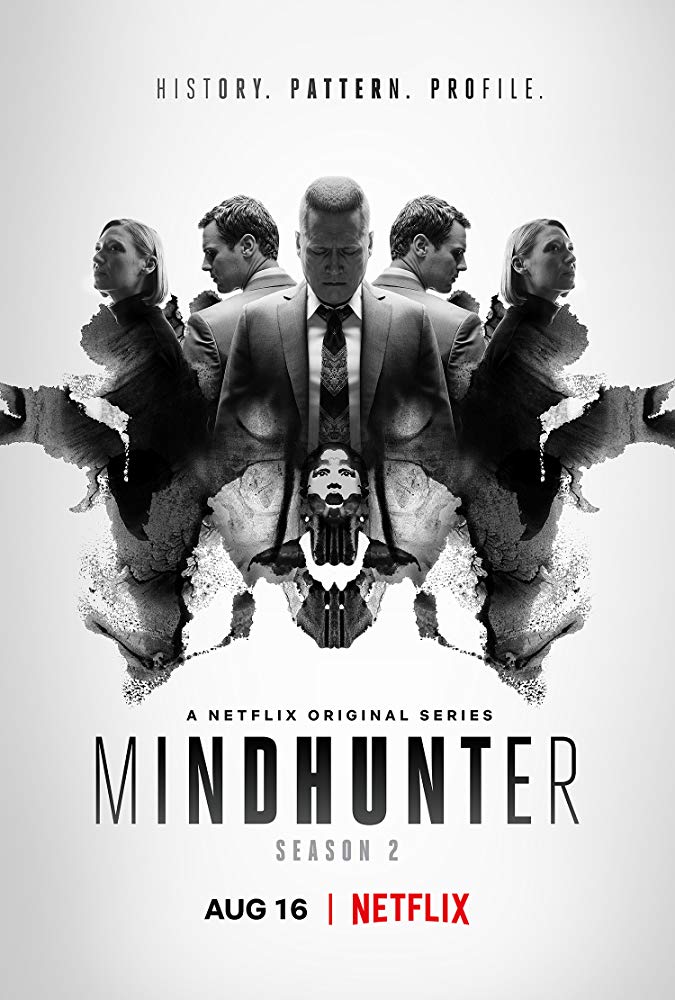 Mindhunter's second season is a must-watch for those that can find enjoyment in a story that is heavily grounded in real events and chooses to explore those events in a methodically paced manner.

It’s been 672 days since watching the last new episode of Mindhunter. That’s 16,128 hours to fill with something else that wasn’t as good as one of Netflix’s best original programs it has created. It has been a difficult journey, but when Mindhunter finally returned with its second season, it would be wrong not to take the time to enjoy every frame for which they did not disappoint – except in one area.

Season two of Mindhunter picks up almost immediately where the first season concluded; Agent Holden has experienced a severe panic attack brought on by his intense and intimate interaction with convicted serial killer, Ed Kemper. This threatens the continued progress of the Behavioral Science Unit, forcing his partner, Bill Tench, to retrieve him just in time to meet the FBI’s new director who is the physical representation of a change in outlook towards the unit’s methodology when capturing murderers.

This newfound trust allows for the unit to engage in highly charged conversations with even more well-known serial killers throughout the first half of the season. This season quickly settles in to what it does best by pitting the agents across the table from the likes of David Berkowitz (Oliver Cooper), aka the Son of Sam, William “Junior” Pierce (Michael Filipowich), Elmer Wayne Henley Jr. (Robert Aramayo), the mentee to “The Candyman Killer” and Charles Manson (Damon Herriman). Not to mention the incredible return of Cameron Britton as Ed Kemper. What is so wonderful is that the conversation with each killer is so unique and is allowed to develop over time. At no point do they feel rushed or edited for time and seemingly unfold naturally in a way where the longer they proceed the creepier the show becomes.

Mindhunter is not only an exercise in incredible storytelling but also patience. The show is deliberate in its build up to eventually have the agents sit across from Charles Manson, a conversation that doesn’t shy away from theories that greatly differ from the public’s perception and seem more grounded in reality. Some might come away from this inevitable confrontation as somewhat of a letdown, however, the show leans into this shared feeling further exploring another interview that offers more insight into just how the Cielo Dr. murders came to be.

Mindhunter continues to pursue the slow burn effect with its secondary storylines that predominantly focus on Agent Bill Tench’s home life that involves his adopted son, Brian, and his struggle for normalcy despite participating in the very thing that Tench is fighting against. At first, the importance of focusing on Brian was a little hard to understand, but as the episodes continued, it became clear that the show might possibly be showing the audience the other side of the spectrum with killers by exploring their origins from an earlier age rather than in their adulthood and after they’ve committed their crimes as we have seen already. We have never seen the beginning of the process, only heard about it through interviews, and in many ways the show seems to be highlighting just how delicate the balance is between a troubled child choosing to venture down that road of destruction or being able to be pulled from it.

The first half of the second season of Mindhunter goes pretty much as you would expect – BSU agents interviewing killers and deconstructing their motivations in order to catalog them for further use. It isn’t until midway into the season that the show completely transforms by basing Holden and Tench entirely in Atlanta during the Atlanta Child murders. This occupies the entire latter half of the season and is a move that provides an amazing second wind into a show that quite honestly didn’t need it but highly benefited from it.

The Atlanta Child murders serve as a proving ground for the still newly formed BSU by allowing them to implement their methodology onto a killer who is still active. Despite history being on the viewer’s side, it is still incredible (and frustrating) to watch gross incompetence, mismanaged priorities and politics practically derail what could have been a successfully solved case and yet, the FBI is still able to somehow come out on top which ultimately serves the well into the future as legitimizing the business of profiling serial killers and being first on a scene. Still, the victory is bittersweet and shows that in spite of forward progress for the Bureau the city they left behind was left in a state of racial and economical ruin.

Mindhunter‘s second season is a complete success which continues what was so fascinating from its first season while also building a much larger vision of just how the Behavioral Science Unit came into prominence and at what cost. Its characters are at their best when they are conversing with killers or describing their unique methods to others. The series slightly regressed when focusing on the main character’s home lives with the exception of Bill Tench who’s storyline took a much different turn that will have ripple effects well into further seasons. It almost seemed as if the show felt the need to remind the viewer that these people do have other parts of their lives but it was easy to not care about these avenues and preferred more focus on our heroes catching killers.

In the end, this is just a minor gripe and one that in no way detracts from the overall product. Mindhunter excels beyond its first season and leaves its audience satisfied, albeit bitter-sweetly, with the promise for more to come. It’s a masterpiece of storytelling that demands your patience but rewards it with wonderfully written characters.