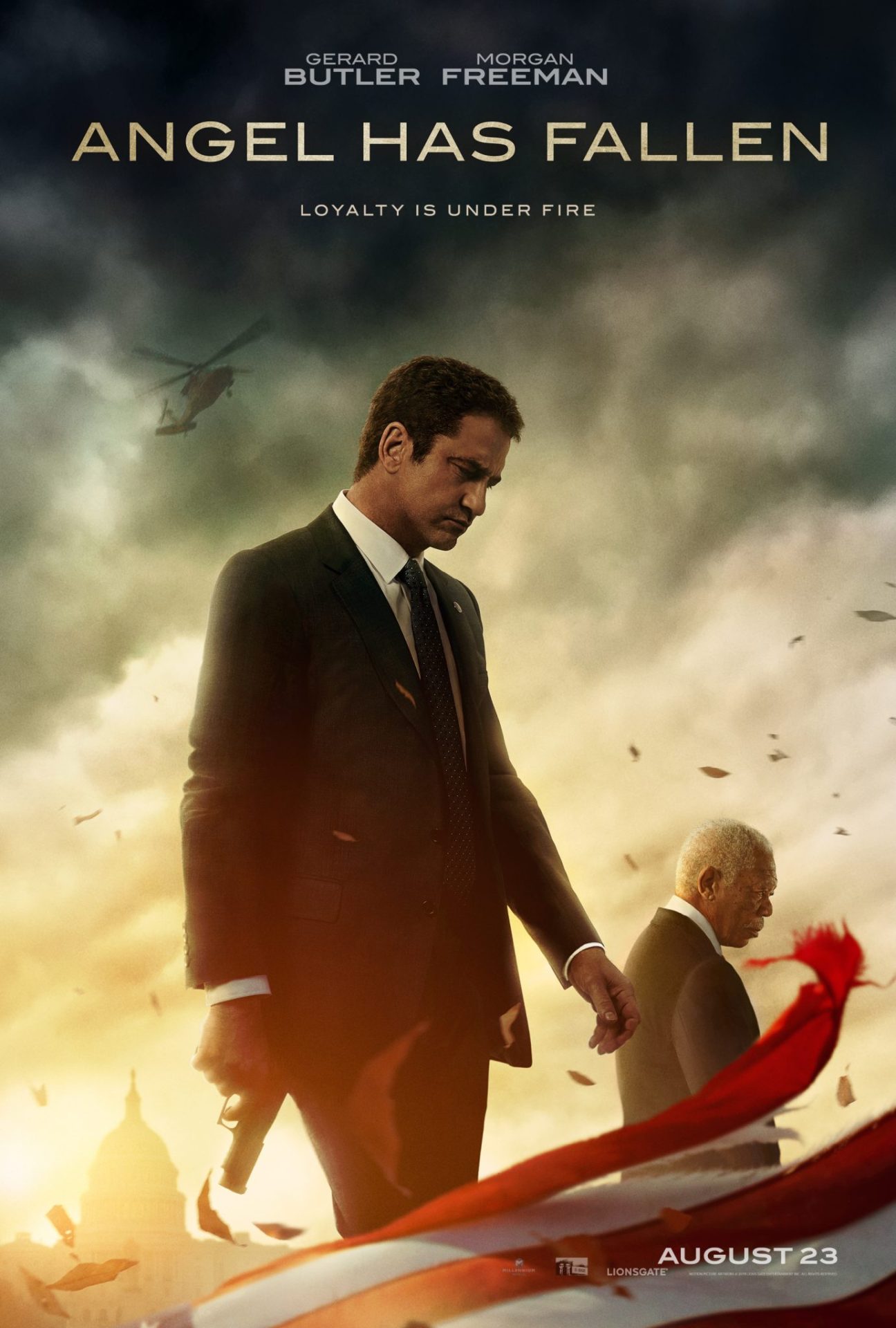 If you believe that Angel Has Fallen may be your kind of thing, then proceed with caution, but if you loathe trashy blockbusters, don't even dream about touching this one with a ten-foot pole.

The third installment of the “____ Has Fallen” franchise, Angel Has Fallen, and the team behind it are ready to shoot it across multiplexes all over North America, but is there any reason why you would want to go see it? Butler returns to play Mike Banning, who is now on the run after he is framed for an assassination attempt on President Alan Trumball (Freeman). This would lead to a two-hour narrative that for the most part consisted of shallow characters, an emotionally-revoked plot and, just like the last two installments, scenes of action that drag and bore.

Now it shouldn’t come as that much of a surprise that Angel Has Fallen is a wandering, incoherent mess that didn’t work out (or appeal to my tastes subjectively at least) because the creative team behind this one know exactly what they’re doing; selling movie tickets based on how many gunshots and explosions that appear in a TV trailer that only last for a few seconds. If Michael Bay’s mindless romps happen to be up your alley and you believe that this one might be too, don’t be so sure just yet. This film is greatly made up of dialogue scenes that either aren’t investigative enough to be compelling, or they’re just flat-out exhausting to listen to.

What is even more unfortunate than Waugh’s seemingly withdrawn direction is the domino effect that follows any film that’s headed by a revoked director: it obliterates any type of on-screen personality. Butler is incredibly subdued here, as he mumbles his way through a rain forest of cacophonous violence and barraging, unbearable patriotism, which is a great shame. Butler recently established a certain balance between full-blown insanity and vulnerable human being that assisted him greatly in 2018’s Den of Thieves. Everything about Angel Has Fallen could’ve used a jarring, alarming presence to boost its urgency, but unfortunately it just ultimately felt like nobody cared. That would ultimately be film’s biggest flaw as it felt like it could’ve been so much more.

To put it plainly, there is something of a competent film buried underneath the surface of Angel Has Fallen. There’s a constant sense of immediacy that attempts to thrust you into this world while screaming “are you excited yet?!” Well, no. For an action film following a framed man constantly on the run, it lacks any sense of paranoia or uneasiness. It’s almost comparable to watching someone play Grand Theft Auto V with the full ammo and health cheats turned on – it gets old fast. There are very few strings you’re able to pull at as an audience member, once the recycled action gets stale, the repetitive psychoanalysis has your back until everything eventually runs cold.

Once that happens, you’ll most likely be sitting in the movie theatre thinking to yourself (quite like I did), “Why didn’t they stop after the first one?” It appears that we’ll never know. There are plenty of other bold and exclaiming films in cinemas right now.

The Death and Life of John F. Donovan - A Mediocre Memoir (Early Review)