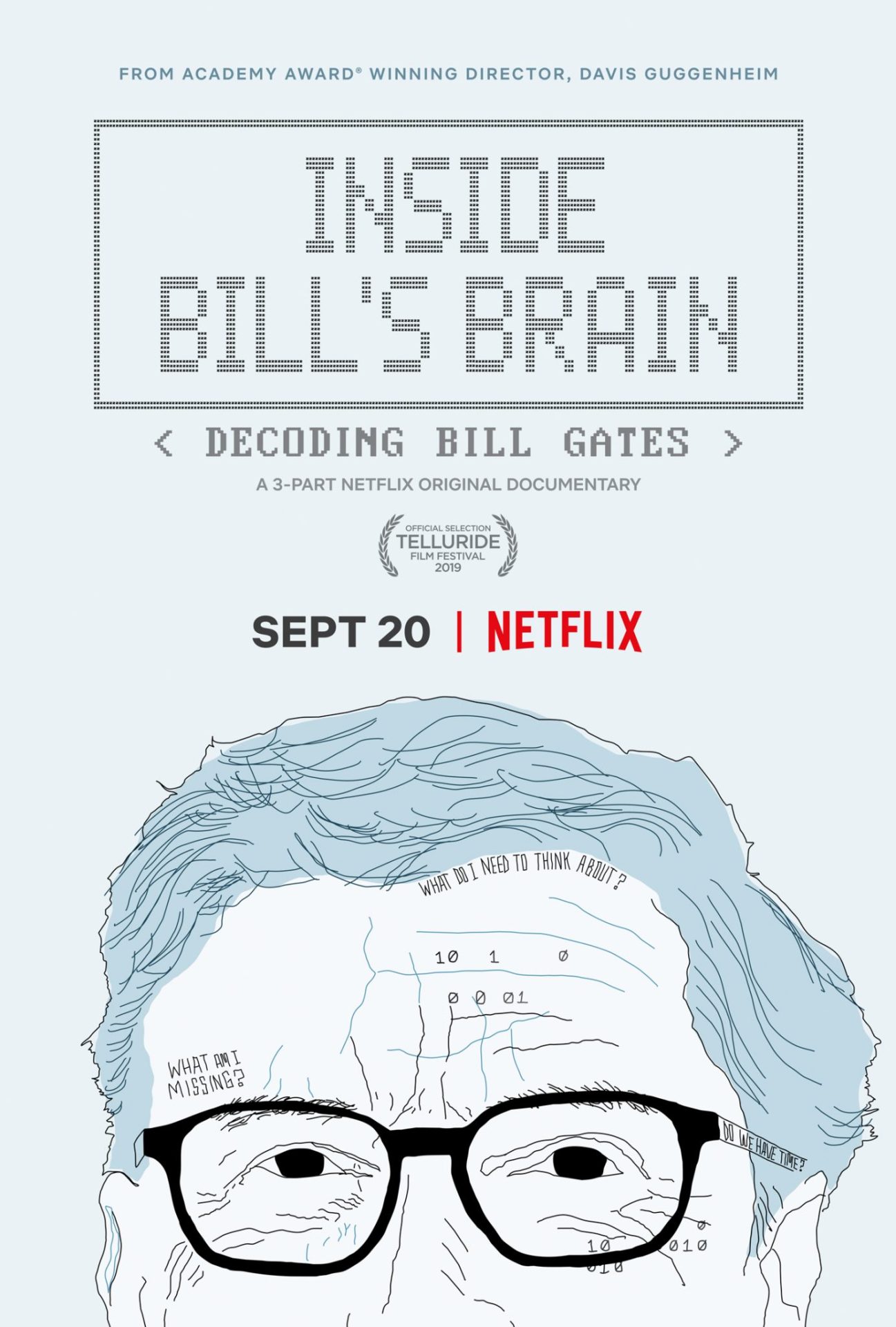 Check out the official teaser trailer of Netflix’s newest documentary, Inside Bill’s Brain: Decoding Bill Gates, below, premiering on Netflix on September 20th.

From Academy Award-winning director Davis Guggenheim (An Inconvenient Truth, He Named Me Malala) comes Inside Bill’s Brain: Decoding Bill Gates, a new three-part documentary that explores the mind and motivations of celebrated tech visionary, business leader, and philanthropist Bill Gates. After stepping down as CEO of Microsoft, Gates began what is undeniably one of the greatest professional second acts in modern history when he shifted his time and considerable intellect toward solving some of the world’s most persistent problems.

The series, in-depth and unfiltered in its depiction of a man’s life journey, both his triumphs and setbacks, offers unprecedented access to Gates as he pursues unique solutions to some of the world’s most complex problems with the same level of optimism, curiosity, and fervor that inspired his original vision for Microsoft. Interweaving these endeavors with personal moments, Inside Bill’s Brain draws on interviews with Bill and Melinda Gates in addition to their friends, family, and partners in philanthropy and business, creating an innovative and revealing portrait of a man who, after changing the world, might just change the way others see it.