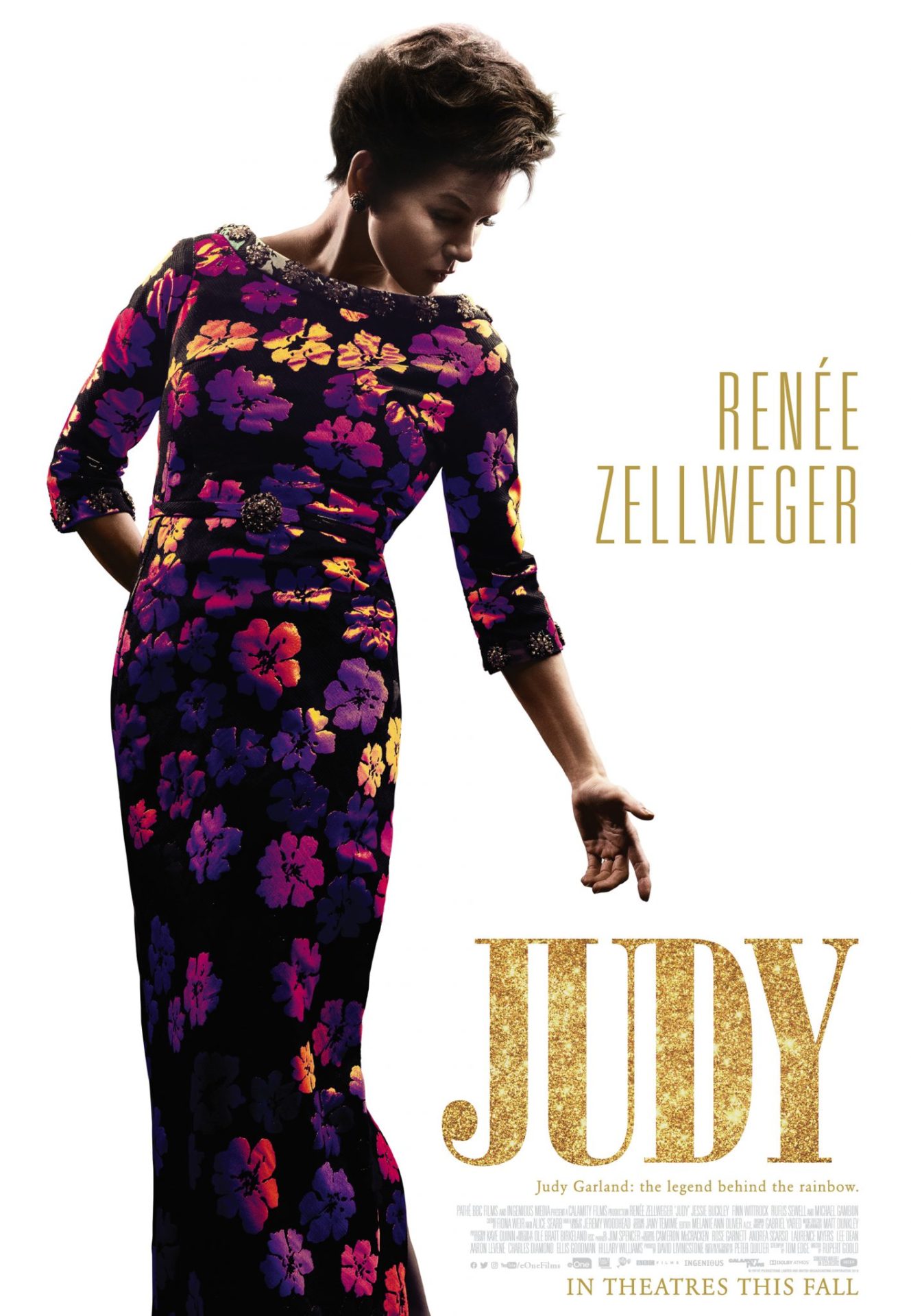 Judy is a great biopic with a more or less standard story led by a masterful lead performance from Renée Zellweger who simply can do no wrong.

Sometimes films are so well-casted that it’s hard to imagine anyone else playing the lead. With Judy, a biopic about the legendary singer and actress Judy Garland, it’s hard to not see anyone other than Renée Zellweger as Garland who more than just looks the part and delivers a phenomenal performance that makes the film more than worth the watch even if the story isn’t all that new but you won’t notice. Zellweger has definitely proven that she could sing and dance along with possessing considerable range. In Judy, she gets to put all of these talents on display and she certainly does not disappoint. When focusing on a subject such as Garland, there is a lot of material to work with but Judy covers the final stretch of the icon’s life and her time in London in the winter of 1968 to perform a series of sold-out concerts.

Facing hard times financially while trying to support herself and her children with a generally unfavorable reputation and a problem with alcohol catching up with her, finding work was getting tougher and tougher for her. This struggle led her to London, under the watchful eye of Rosalyn Wilder (Buckley). Over the course of Judy, we would also be treated to flashbacks of Garland being abused and overworked at a younger age (Darci Shaw) while working on such films as The Wizard of Oz. This contrast was interesting and heartbreaking to watch as it would lead to the person Garland became which would more or less explain her behavior later in life. Though she was definitely not easy to deal with or corral, she would somehow hold it all together until she inevitable couldn’t.

As mentioned, the best part of Judy was Zellweger’s energetic and memorable performance as the deep and also very complex Garland. She was compelling to watch as her tragic portrayal of the actress and singer was equal parts hilarious and heartbreaking. Zellweger proved in Chicago that she could sing. Now 17 years later, she has certainly not missed a beat. Meanwhile, Buckley and Wittrock as Mickey Deans were each solid, however, this was Zellweger’s show.

In the end, Judy Garland fans should find plenty to enjoy about Judy while other will simply be treated to a film led by a masterful performance.