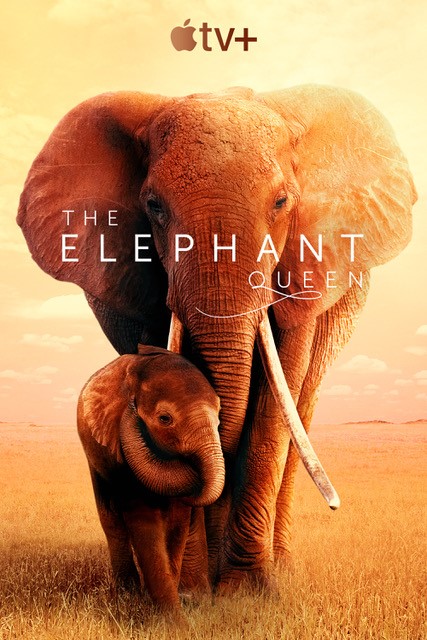 Check out the official trailer of the latest nature documentary, The Elephant Queen, narrated by Chiwetel Ejiofor, below, coming to select theatres on October 18th and dropping on Apple TV+ on November 1st.

Embark on an epic journey of family, courage, and coming home. The Elephant Queen is a genre-crossing wildlife documentary, uniquely crafted as a character driven narrative.  Its enduring themes are built upon a foundation of authenticity and integrity, brought from filmmakers Mark Deeble (Voyage of Time) and Victoria Stone’s (The Queen of Trees) 60 years of collective experience in the rich tradition of wildlife documentary filmmaking and production. Deeble and Stone, who are Emmy and Peabody Award-winners, spent 25 years living in the East African bush, preparing them for the unforgettable odyssey of The Elephant Queen.

The Elephant Queen is Athena, a majestic elephant matriarch, who leads her family across an unforgiving, yet cinematic natural landscape made up of grasslands and woodlands,  dotted with seasonal waterholes. The elephants share their home with a cast of supporting character species who provide texture and richness to the elephants’ ecosystem – from a toenail height perspective. Athena, as leader of her herd,  anticipates  the coming dry season and knows there are lean times ahead. As the waterholes dry up, she has no choice but to take her family on a treacherous journey across even more foreboding landscapes, as the majestic creatures seek refuge until the rains fall again.

The film is directed by Deeble & Stone and produced by Stone and Lucinda Englehart (My Marlon and Brando). Deeble is the cinematographer and writer. The Music is by Alex Heffes (Last King of Scotland) and narrated by Academy Award- nominee Chiwetel Ejiofor (The Boy who Harnessed the Wind and The Lion King).

The Elephant Queen was an official selection of  the 2018 Toronto International Film Festival and the 2019 Sundance Film Festival.