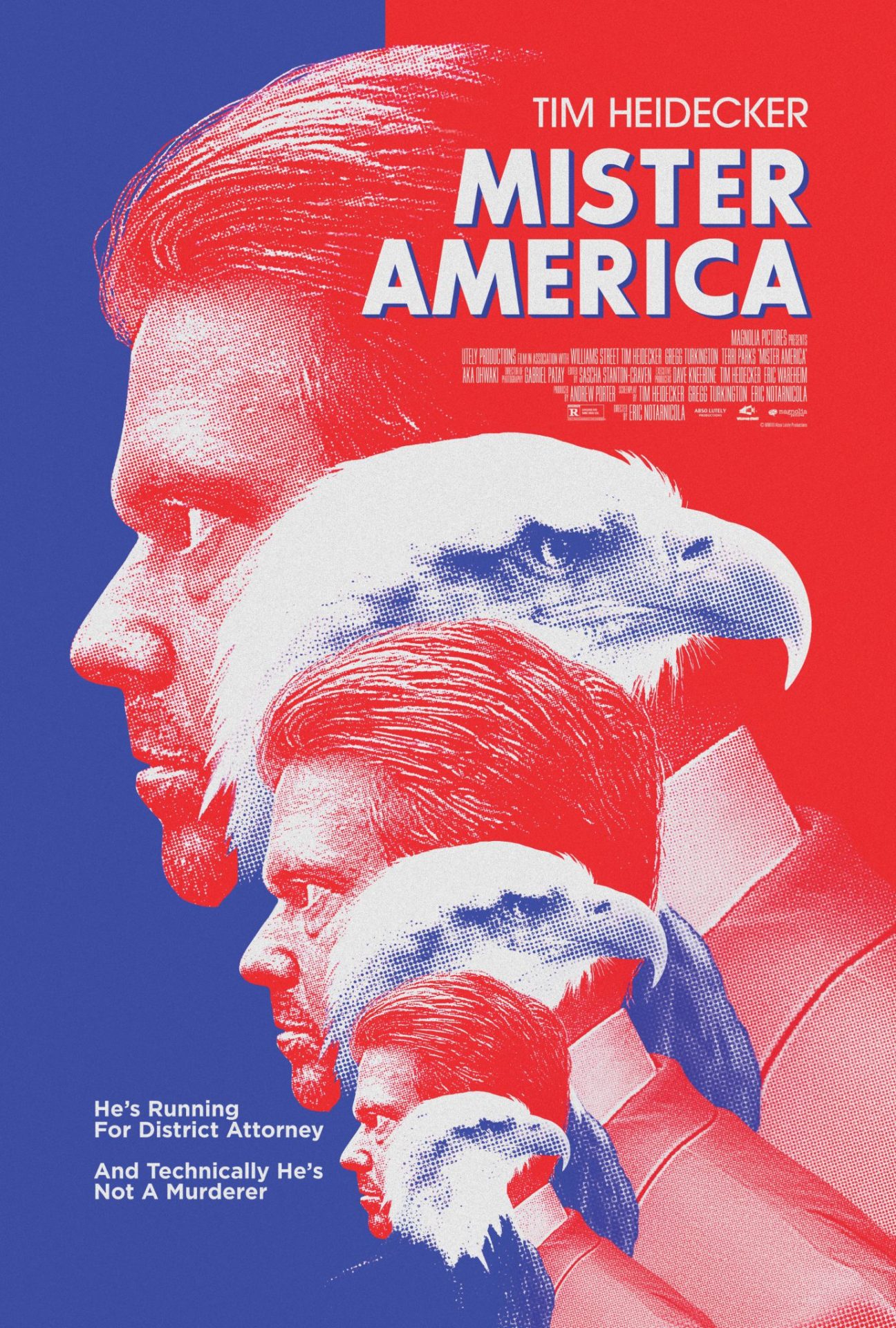 Mister America is a hilarious mockumentary that serves as fan service for fans of the famed On Cinema web series though will inevitably appeal more to those fans.

The Marvel Cinematic Universe could NEVER achieve this level of world building.

Fans of the insanely creative fictional movie review series On Cinema have been anxiously awaiting Mister America, a film that serves as a culmination of all the insane ideas the series has brought us over the years. The On Cinema family has been left hanging after the conclusion of season 10, when Tim Heidecker, or at least a fictionalized version of him, announced his revenge-fueled run for the district attorney of San Bernardino. Just over one year later, a feature length mockumentary of the story has come into fruition. It’s definitely not for everyone, but for Timheads and Greggheads alike, this is one of the most excitingly fresh world building you’ll see in a while.

As mentioned prior, Mister America is a film for the die hard fans of On Cinema and it is really admirable to see how intricate the ideas put together have paid off. The way this links the most niche aspects of the series and the trial are awe-inspiring, on the level of a blockbuster. The sole fact that the film is able to exist in the way it does is truly fascinating, and worthy of praise for the creativity and commitment that has been put on the screen here. The story is nothing to write home about when observed on paper, but considering it stems from an inside joke, it’s incredible how intricately plotted this is. Heidecker, Turkington and the rest of the gang are all on the top of their games here. The way that these extremely exaggerated versions of themselves are incorporated into a story of this scope is fascinating, and the way that they perform here is so admirably committed.

Not to mention, Mister America is pretty damn funny too! The whole Jackass/Borat-esque way of incorporating unsuspecting reactions of the general public seems like something of the past, but the filmmakers don’t rely on it here. The story and the writing is so clever that this technique is only used as a means of support. And, when it does support, it works like a charm.

Although it’s not exactly a criticism, it’s tough not to bring up how specific Mister America is with its humor. For those that aren’t familiar with the work of Heidecker and Turkington on On Cinema, it’s an unlikely place to start. The film relies on the fact that you already know every little tidbit of information, and it’s likely that people just won’t get this one. Ultimately, being a satisfying end to this era of the On Cinema universe is the goal here, and it’s achieved well enough to disregard that.

For those who have been a part of the On Cinema family from the beginning, Mister America is a fascinatingly creative and rule-breaking film that prioritizes fan service in the best way possible. The way every little detail of the series is culminated here is truly fantastic. If you’re out of the loop, this probably isn’t, but for dedicated fans – this is a treat unlike any other.