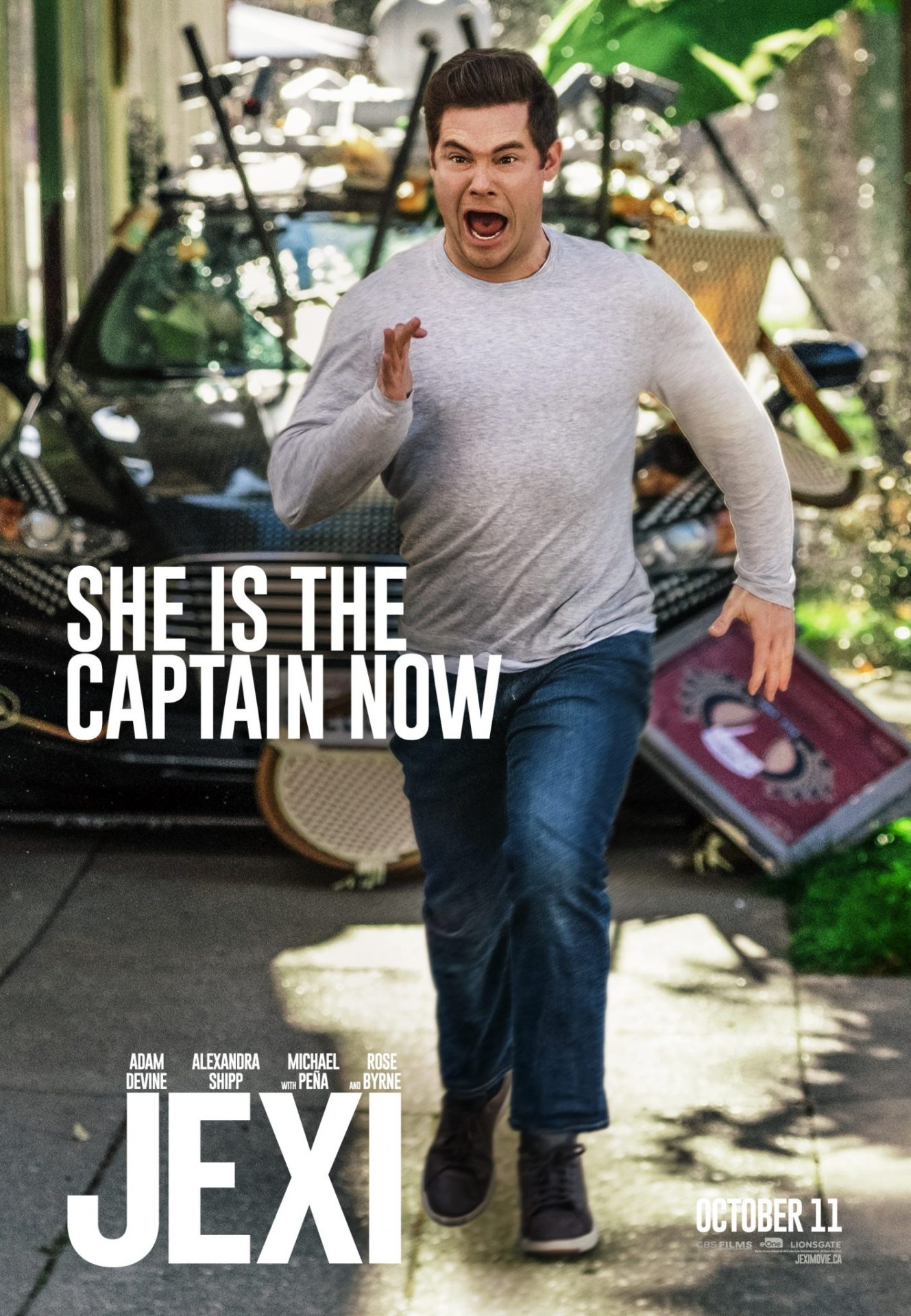 Jexi is an incredibly stupid and ridiculous tech comedy whose premise as well as its repetitive humor get old fast and can't quite make up for its dull and predictable story.

If you happened to take a bad SNL sketch and made it into a feature film, you would get Jexi, a film whose premise alone seems way too ridiculous to work on paper so one could only imagine what it would look like as a film. 2013’s Her is an undisputed classic film about a man who falls in love with his artificial intelligence now take take away everything that made that film great and you get this incredibly ridiculous, stupid, and juvenile mess masquerading as a film offering any semblance of social commentary. Ultimately, its sense of humor may appeal to a certain audience but the novelty of a raunchy and foul-mouthed artificial intelligence doesn’t quite mask the film’s rather dull story and unsurprisingly gets old very fast.

Jexi follows Phil (Devine), a man with an unhealthy addiction to his smartphone (you can pretty much figure out where things go from here but if not, the film will definitely go out of its way to tell you). Looking for the validation of others while keeping up appearances online, he was an awkward loner who mostly kept to himself. Things would soon change for him after an unfortunate accident led to the destruction of his smartphone and his acquiring of a new smartphone powered by an artificial intelligence known as Jexi (Byrne). Little did Phil know, Jexi was unlike most AIs as she was overly involved in just about every aspect of his life. Her ultimate goal was to make Phil’s life better. Suffice it to say that she would have a lot to do in order to achieve this goal. However, the ways in which Jexi would go about this goal were both highly unconventional and ridiculous (not to mention illogical).

Jexi’s many quips were admittedly kind of funny at first, making fun of Phil’s comical cluelessness about relationships, but simply got old and repetitive fairly quickly and became increasingly stupid as the plot became increasingly ridiculous and nonsensical. As a film, Jexi simply sunk lower and lower, getting worse to the point that it could never quite get out of the hold it put itself in. Phil’s journey over the course of the film was so incredibly dull and predictable that it became a chore to watch and will surely test some audiences’ patience, making an already short film feel even longer at times. Though Phil’s ultimate growth as a person would ultimately depend on his ability to distance himself from his smartphone, this would be easier said than done with Jexi still in the equation as a third wheel.

Despite the dull and inherently unfunny script with little to no actual characters, Jexi‘s acting was okay but mostly it was just sad. Though Devine definitely tried as Phil, the mediocre material didn’t do him any favors. He was still somewhat compelling to watch as he would tap into his own comedic ability, however, it was simply hard to care about him as a character. The best part of the film was easily Byrne’s performance as Jexi, not so much because of the material itself, but rather for her delivery of said material. On the other side, the worst part of the film was Michael Peña’s performance as Phil’s boss (at an obvious ripoff of Buzzfeed) Kai who was painful to watch.

In the end, Jexi will still have an audience, however, this film should be bricked.

The Addams Family - A Solid Yet Unremarkable Animated Film