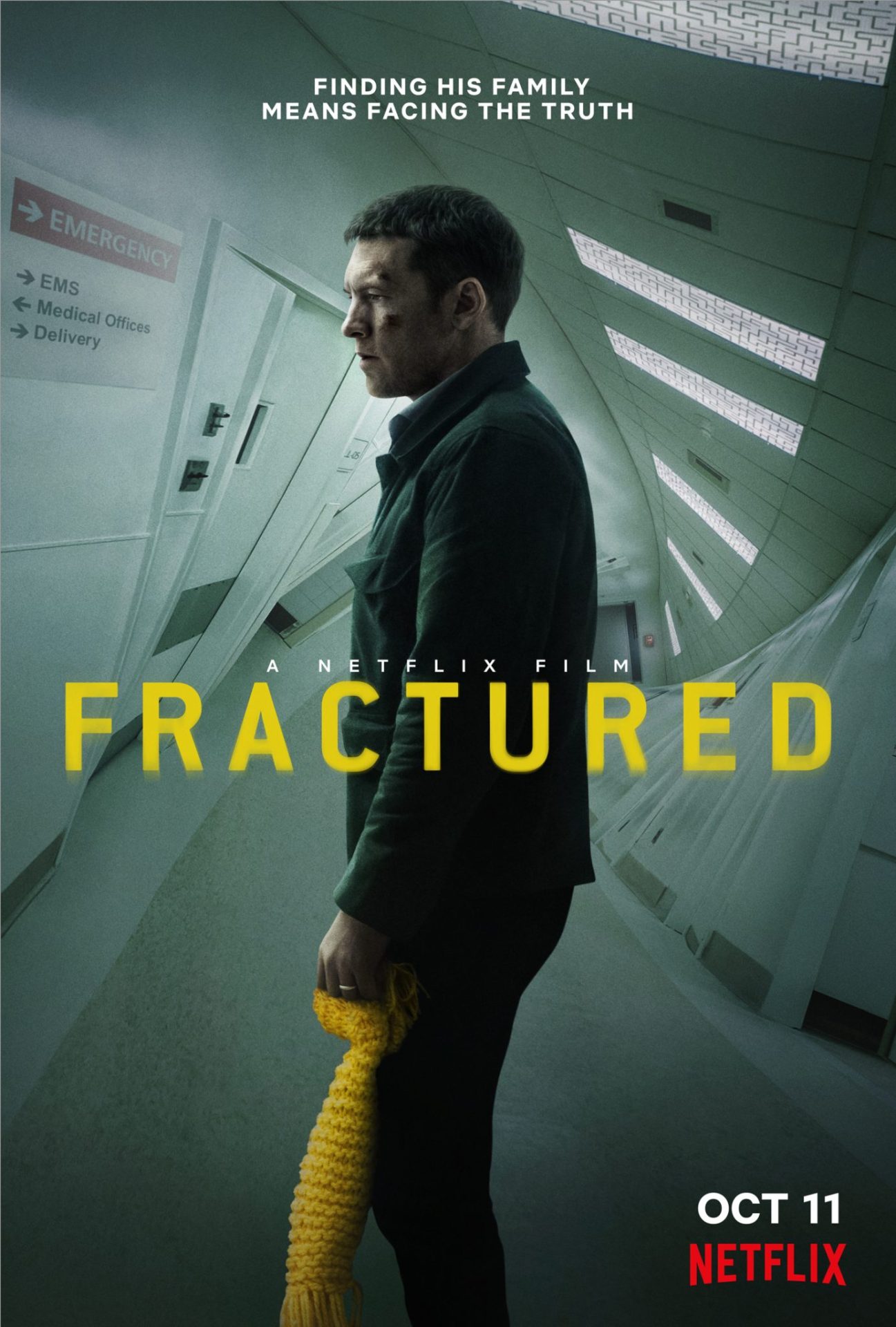 Fractured is a decent albeit uninteresting thriller featuring a passionate performance from Sam Worthington but is ultimately let down by its writing.

Netflix’s Fractured feels very reminiscent of past conspiracy films such as Flightplan starring Jodie Foster. For those who don’t remember or need a refresher, in that one, everyone says her kid isn’t on the flight – but she sure as heck knows she’s around here somewhere. Meanwhile, this films sees Worthington as the Jodie Foster character. Here he plays Ray Monroe, a recovering alcoholic who drives home on Thanksgiving weekend with his family, wife Joanne (Rabe) and daughter Peri (Capri) who after an unfortunate accident and a subsequent trip to the hospital, finds Joanne and Peri missing under mysterious circumstances. Convinced there’s some sort of conspiracy going on, Monroe sets out to search the hospital for his family.

There is nothing terribly wrong with Fractured in structure. The character setup at the beginning of the film is strong as it establishes Monroe as a flawed man and establishes the dynamic of their marriage. The story moves at a fast pace once his wife and daughter go missing, but it’s just not very interesting as he looks for them. There may be plenty of mystery but the film never feels quite right. The atmosphere at this hospital is usually too bizarre, to the point where it just breaks the realm of believability as it became an allegory for purgatory, or just literally hell.

People ask weird questions and say weird things. Fractured does an okay job of making us question what was happening. Monroe is an unreliable narrator, especially when he is erratic, creating doubt about his story. Other times, his story seems believable and he is simply in the craziest hospital in America. Monroe became an interesting as a character once we learned more about him. Worthington’s passionate performance as Monroe made it easy to want to believe him, however, at some points he was just dull. Meanwhile, Rabe is also very good as Joanne in limited screen time.

There’s some decent tension and thrills within Fractured, especially near the beginning of the film. It’s just a a shame that the rest of the film wasn’t as interesting. The editing was one of its downfalls, especially thanks to its reliance on slow motion. The writing also bogs the film down, showing too many of its own cards on several occasions. Some dialog choices made it obvious what could be going on while some questionable editing wasn’t strong enough to disguise it as anything but telling us exactly what’s happening.

While there’s some fun to be had in guessing, the fact that Fractured‘s hints at its obvious reveal at various points prior kind of took away from that fun. In the end, the film does an okay job at creating a decent psychological ride all the way until the end. Films like these are always better when the more unpredictable they are while subverting our expectations. Unfortunately, the writing lets the film down as it wasn’t nearly smart enough to succeed at either.