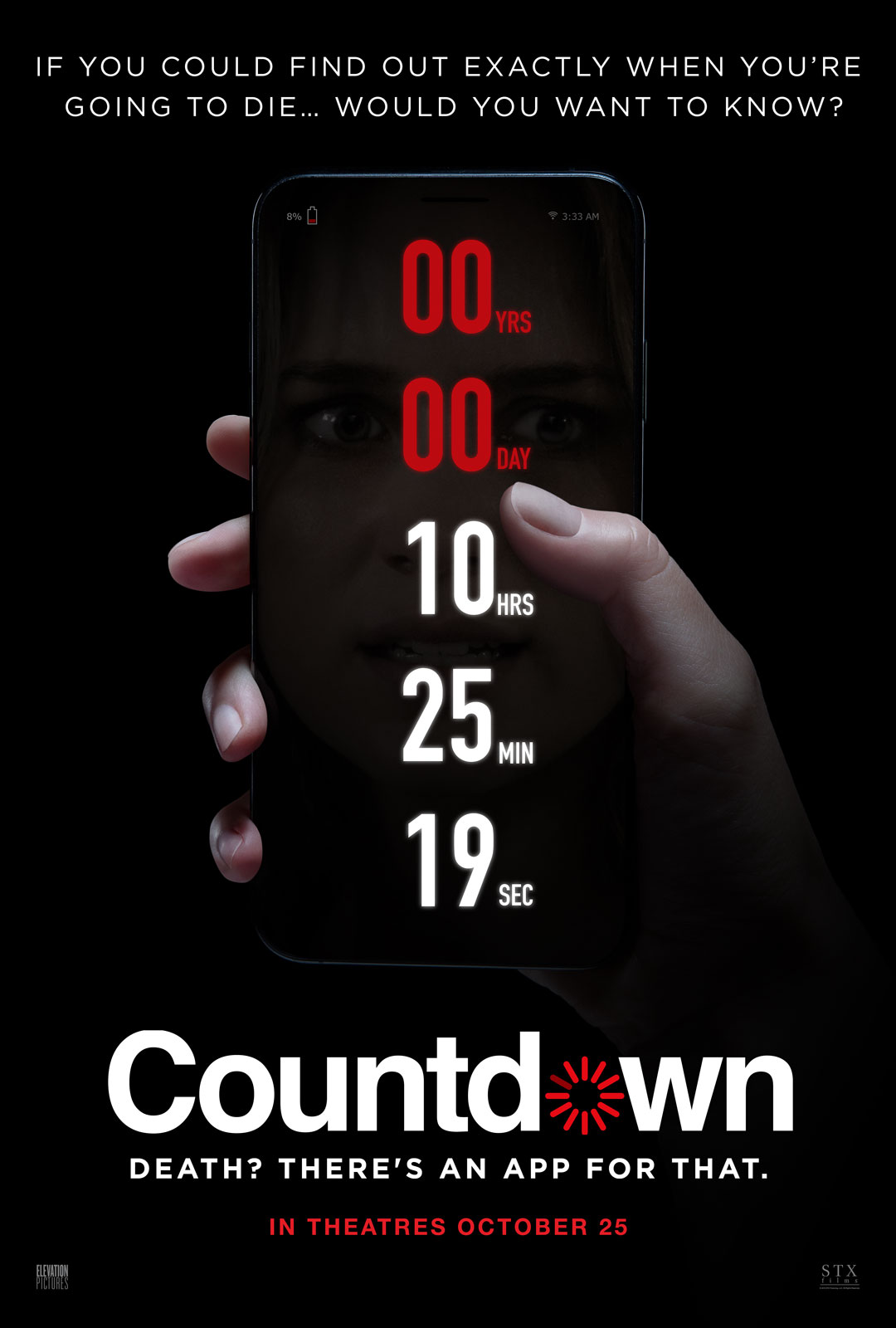 Countdown is largely garbage that follows the same horror cliches and formula we have seen in countless other films. The characters and performances are fine. But the story is absolutely dumb while its attempts to scare audiences are absolutely lame and irritating.

Cell phones are so ubiquitous in modern day life that it was inevitable that we’d start seeing more films focusing on their steep involvement in our lives. We use them for everything from tracking our diets to communicating with people on the other side of the world. But what would happen if there was an app that could tell you when you were going to die? On the surface, that premise sounds intriguing. But when a film like Countdown attempts to build on that premise while using the most basic and stereotypical horror cliches, the results are almost as deadly as the app.

Quinn Harris (Lail) is a brand new nurse trying to make a life for herself. When a teenage patient tells her a phone app called Countdown predicts his near future death, she naively downloads the app for herself which tells her that she only has two days to live. After meeting a young man named Matt (Calloway) with a similar life expectancy, they decide to team up to figure out the app’s mechanics. However, when Quinn discovers that her estranged younger sister Jordan (Bateman) has also downloaded the app and been given the same two day death sentence, she’ll have to race against time to survive the app’s sinister effects.

Before opening the hatred valve, it is worth saying that the cast of Countdown acquits themselves decently. Lail does just fine and carries the plot adequately. Calloway plays a decent sidekick role and has good chemistry with Lail. While Bateman’s performance does not light the world ablaze, it’s not bad. Peter Facinelli is really good at playing Quinn’s creepy, sexual harasser supervisor Dr. Sullivan. The highlights from the cast came from Tom Segura as Derek the sardonic phone salesman and P.J. Byrne as the goofy but world-wise priest Father John who both add a lot of welcome levity to the proceedings.

Now for the hatred valve, Countdown is the type of horror film that is absolutely infuriating. It’s rated 14A/PG-13, meaning the attempts at horror are largely neutered. It relies so much on jump startles as to render any attempts at fear irrelevant. Complaining about jump startles may not be the most original of critiques but it’s very hard to not feel totally burned out by them. A loud screech on the soundtrack is not scary, it’s obnoxious and frustrating. Moreso when the startles are so obviously telegraphed that the viewer can see them coming from a mile away. Add in the fact that you essentially get a jump startle every time there’s a notification from the app because the notification tone is literally a scream which only serves to exacerbate our collective frustrations.

Beyond Countdown‘s lazy attempts at scaring the audience, the story just is not all that impressive. A killer phone app sounds interesting on paper, but in execution, there’s only so much that can be done with it. The script does try to make things interesting by connecting the app to biblical mythology and demons. But the juxtaposition of an ancient demon using a phone app to kill people is just absurdly silly. That’s almost as silly as an all powerful deity needing puny and fallible mortals to transcribe its words for a holy book.

Meanwhile, the inclusion of subplots regarding workplace sexual harassment and the opioid crisis to be largely on the nose. Countdown is trying to be timely by latching onto those issues, but it just feels cheap to me. Finally, the film does one thing that always angers me in horror films – it needlessly sequel baits when it has in no way earned that sequel. Just to add a rotten cherry onto the awful sundae, it goes one further by having a mid-credits sequence. Because those are all the rage nowadays thanks to Marvel and DC.

In the end, there is nothing clever about Countdown and is merely a massive waste of time and money to watch on the big screen. Then again, it’s not even worth recommending as a rental. Just skip it altogether.