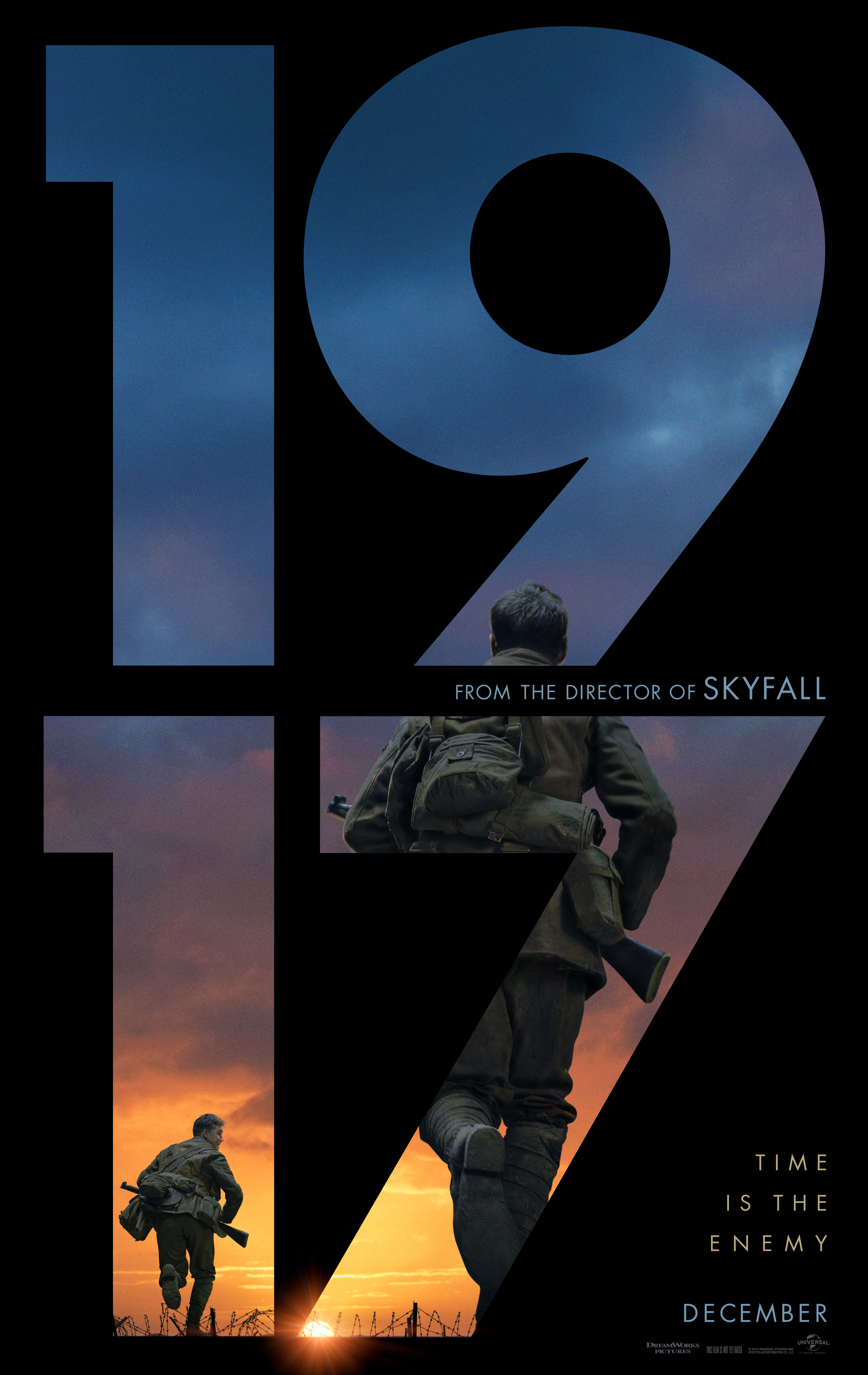 Beautiful cinematography and gripping tension aren't enough to elevate 1917 over somewhat generic war movie cliches, but are enough to make it one of the most immersive films of the year.

The latest film from Skyfall and Spectre director Sam Mendes, 1917 follows two lieutenants in the English army during the First World War (Chapman and MacKay), as they race against time while crossing enemy lines to warn an English battalion about a trap they are about to charge into. The concept itself is enough to get your heart racing – the movie is intense enough to send it off the charts.

Firstly, 1917 is a very well made film, and the main reason is cinematographer Roger Deakins. It could be said that throughout his illustrious career, Deakins has made his mark as the cinematographer with an uncanny ability to make impossible shots happen. Given that this film essentially is an illusional one-take, it is carried out perfectly.  The camera effortlessly floats through the gorgeously designed settings, never feeling omnipotent and more like being in the battle with these soldiers. Meanwhile, the production design is some of the best in recent years. The film feels dirty, from the plaster dust in your lungs to the grime on your hands, it is incredibly immersive. Not a moment felt false, every mud soaked trench, crater and tunnel felt lived in, used, chewed up and spit out.

Another element worth noting about 1917 was its use of color, which absolutely shines. The last act of the film in particular stands out as it moves effortlessly from inky black, to fiery red, to deep golds, to shocking blue, to green, to pure white, back to green and finally to glimmering gold. This sequence is so breathtakingly shot that it truly raises the question as to how it was accomplished with minimal to no lighting in such a confined manor of shooting.

Mendes is also deserving of praise for his staging of each scene and moment throughout the film. Everything feels so well thought out and immaculately planned, to a degree that, again, with this manner of shooting, seems impossible. However, outside of the technical elements, 1917 begins to falter. The storytelling was rather predictable. It follows an RPG style, checkpoint based narrative, which gets repetitive and somewhat disorienting after a while but it still worked, though that may have been intentional on Mendes’ part.

In terms of 1917‘s casting, Cumberbatch, Mark Strong, and Colin Firth and their phoned-in performances felt out of place and distracting. In a film full of soldiers our two leads would not recognize while trying so hard to immerse the audience in its world, it makes very little sense to cast such big names in these roles as they serve no purpose other than to draw the audience out of the picture. Another issue was its score composed by Mendes’ frequent collaborator, Thomas Newman. Newman also worked on the score for Skyfall and Spectre, two films criticized for having somewhat generic, stock-action music. This film is no different as he simply reverts to his usual plucked strings and drone motif that worked for half of Skyfall before it got old. Its distracting, out of place, and very bland, in a film that is all but generic.

Meanwhile, 1917‘s script also had issues, none so big as to warrant a dissertation on them, but big enough to have sequences fall noticeably flat when it came to dialog. The film is wonderful when it’s telling a suspenseful, silent, war story, and falters when it tries to artificially supplement that tension with overbearing music, A-list actors or further stakes for the characters. Walking through no man’s land should be enough cause for tension.

In the end, 1917 is a film that requires a big screen to work, so see it in IMAX if you can – it’s a visual spectacle with great direction, but not much else.

Knives Out - An Entertainingly Sharp Whodunnit