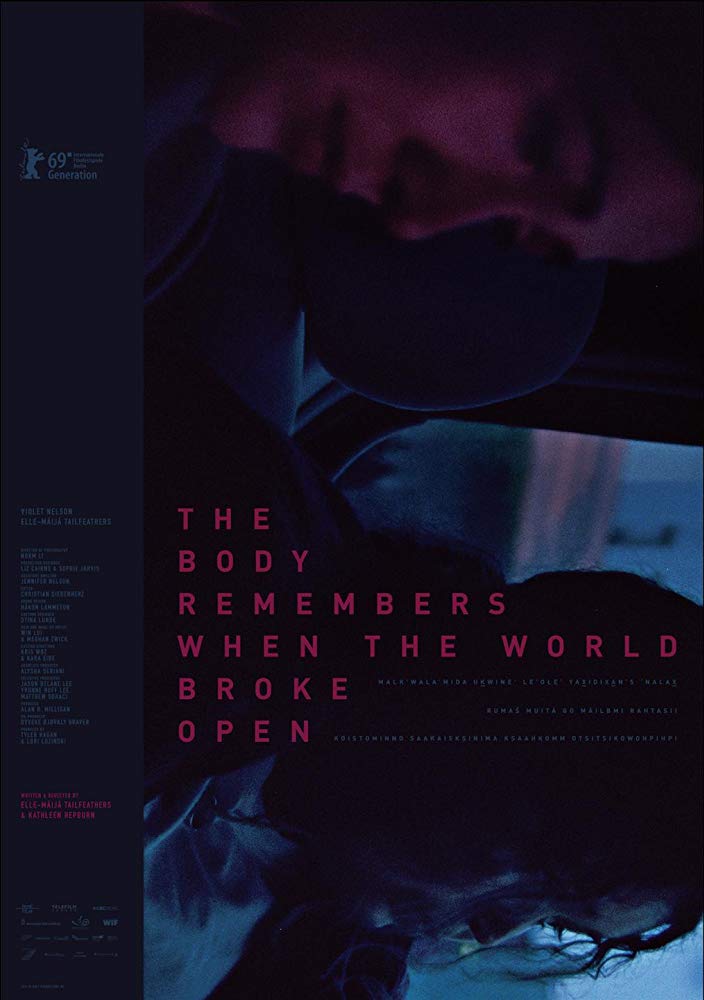 While it’s certainly not without its major issues, The Body Remembers is a very powerful and technically impressive piece, and should not be overlooked.

The Body Remembers When the World Broke Open is set into motion when Áila (Tailfeathers) spontaneously takes in another indigenous woman (Nelson) when she finds her barefoot and terrified in the rain, being yelled at from across the street. The film tracks their short time together, mostly over a single day in real time, and consequently paints a very honest picture of the two womens’ very different worlds, and of the effects of domestic abuse.

The film is very minimalistic stylistically, often seeming more like a fly-on-the-wall documentary than a narrative. After a series of brief opening scenes that individually introduce the leads, the entire film is presented as a single, long take. This technique is very understated – unlike many modern uses of the long take which aim to wow the audiences with great scale and complex choreography, The Body Remembers doesn’t call much attention to it. Though it’s a very impressive feat, underscored by consistently quality 16mm cinematography, it isn’t the backbone of the movie.

However, it does add an important element to an already naturalistic film. The Body Remembers is primarily interested in presenting a brutally honest look at this brief slice of life, with no cinematic corner-cutting to compromise the realism. Sound is used very well to enhance the atmosphere and fill in the environments, which is vital given the close-up, frequently claustrophobic nature of the cinematography. With its handheld shake and dynamic use of whatever nooks and crannies it can find for angles, the camerawork has the same raw and real feel as the rest of the movie. These are crucial to the immersive aspect of the long take style working at all – we’re often treated to long superfluous stretches, like a couple minutes of the pair walking down a street.

This is definitely one of the downsides of a long take: not everything we see feels like it has great reason to be there. This isn’t necessarily an issue with the film though; in fact, many of the most compelling scenes are the ones with no dialogue, where we are simply let to watch the characters. The Body Remembers features leads that are quite expressive, and we can get a lot about them through subtle looks and how they act when they’re alone. Certain things that these characters do early on without the other’s knowledge play into the rest of the story and their complicated relationship without ever being directly mentioned.

Instead, The Body Remembers is weakest when the characters start talking. Some dialogue scenes are definitely stronger than others, but overall they’re quite awkward. It’s unclear whether it’s the dialogue itself or the very to-the-letter, somewhat stilted delivery, which unkindly contrasts with an otherwise very naturalistic film. This comes up very often and unfortunately pretty consistently breaks the immersion that the rest of the film works so hard to build up.

While the dialogue might not always land, The Body Remembers must also be commended for the tasteful and nuanced ways it tackles the very complex topics at its core. It’s less of an overt commentary as it is a poignant case-study, leaving the viewer with enough of a troubling taste of the issues it highlights to make up their own mind, which only deepens the impact when the story finally resolves.

Jumanji: The Next Level – Another Fun Entry in an Underrated Franchise