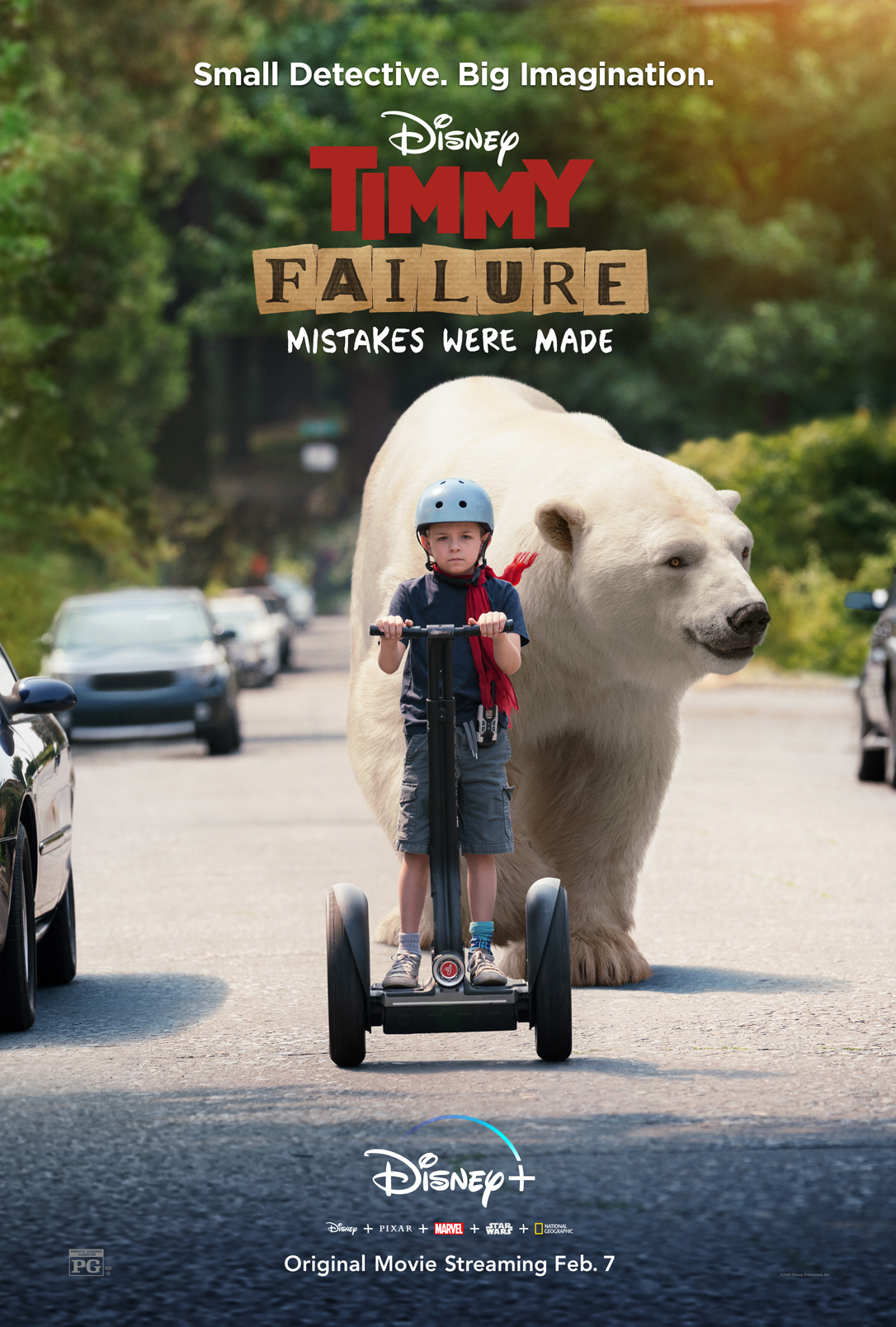 Check out this official trailer of the latest Disney+ original film, Timmy Failure: Mistakes Were Made, below, appearing at this year’s Sundance Film Festival before coming to the service February 7th.

“Timmy Failure: Mistakes Were Made,” will screen in the “Kids” section of the Sundance Film Festival later this month. Created especially for the younger independent film fans, the “Kids” section is programmed in cooperation with Utah Film Center, which presents the annual Tumbleweeds Film Festival, Utah’s premiere film festival for children and youth.

Directed by award-winning filmmaker Tom McCarthy, Disney+’s “Timmy Failure: Mistakes Were Made,” based on the best-selling book of the same name, follows the hilarious exploits of our quirky, deadpan hero, Timmy Failure, who, along with his 1,500-pound polar bear partner Total, operates Total Failure Inc., a Portland detective agency. An elementary school oddball, the clueless but confident Timmy (Winslow Fegley) must navigate the world of adults around him, including his overburdened mother (Ophelia Lovibond), her well-meaning boyfriend (Kyle Bornheimer), his teacher/nemesis (Wallace Shawn) and a school-mandated guidance counselor (Craig Robinson), all in his quest to become the best detective in the world. Directed by Tom McCarthy, who won an Oscar® for his “Spotlight” screenplay, “Timmy Failure: Mistakes Were Made” is written by McCarthy & Stephan Pastis based on the book by Pastis. The producers are Jim Whitaker, p.g.a., and Tom McCarthy, p.g.a., with Michael Bederman and Kate Churchill serving as executive producers. The film stars Winslow Fegley, Ophelia Lovibond, Kyle Bornheimer, Wallace Shawn and Craig Robinson.

Disney+ is the dedicated streaming home for movies and shows from Disney, Pixar, Marvel, Star Wars, National Geographic, and more, together, for the first time. From The Walt Disney Company’s Direct-to-Consumer and International segment, Disney+ is available on most internet-connected devices and offers commercial-free programming with a variety of original feature-length films, documentaries, live-action and animated series and short-form content including series “The Mandalorian,” “High School Musical: The Musical: The Series,” “The World According to Jeff Goldblum” and “Encore!” and films “Lady and the Tramp” and “Noelle.” Alongside unprecedented access to Disney’s incredible library of film and television entertainment and 30 seasons of “The Simpsons,” the service is the exclusive streaming home for films released by The Walt Disney Studios in 2019 and beyond, including “Captain Marvel,” “Avengers: Endgame,” “Aladdin,” “Toy Story 4,” “The Lion King,” “Maleficent: Mistress of Evil,” “Frozen 2” and “Star Wars: The Rise of Skywalker.” Visit DisneyPlus.com to subscribe and/or learn more about the service.