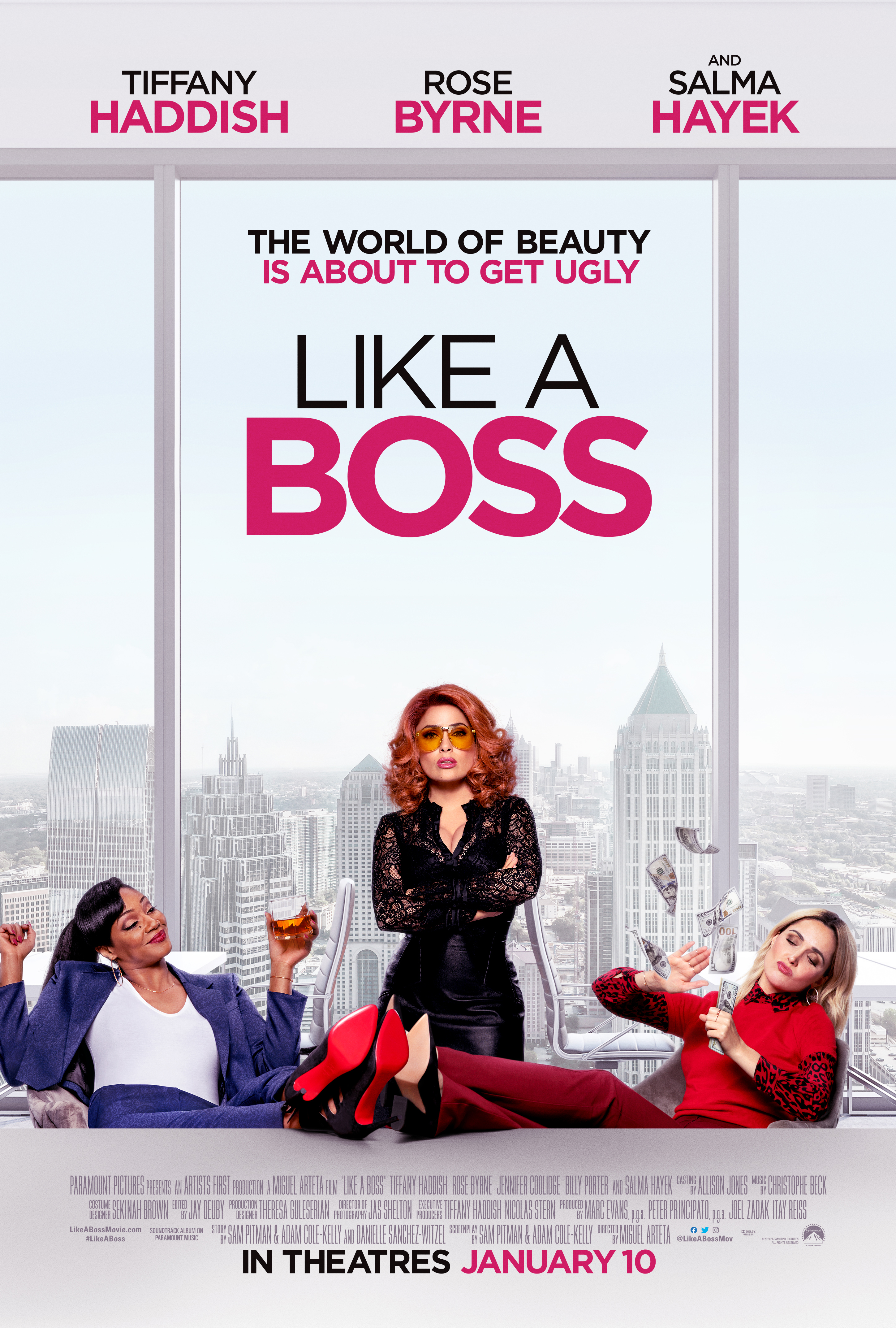 Like A Boss is a commonplace comedy that has flashes of humor that are quickly snuffed out by a script that constantly fails its stars.

My Like A Boss experience can be summed up by this – a lady answered her phone during the final act and it didn’t take away from the movie in any way.

Why would this be of any importance?

Like A Boss follows a pair of women named Mia (Haddish) and Mel (Byrne), two self-made makeup manufacturers that attract the eye of a rich businesswoman named Clara Luna (Hayek). After buying their company, Luna proceeds to drive a wedge between the lifelong friends in order to take a majority stake in their company but as expected, things don’t go as planned.

Simply stated, anyone who has seen the trailer for Like A Boss has essentially seen Like A Boss. This simple fact is one of the worst things going for it as it offers little beyond what audiences already know. Meanwhile, it leaves almost nothing to the imagination, forcing it to work even harder to deliver something entertaining – which it did not. This misstep was supported by a poorly written script that manages to squander its stars’ many talents, seldom allowing them to work beyond the written material which felt trite and underdeveloped.

Even further, the plot of Like A Boss, which in all fairness doesn’t deserve a deep-dive explanation and analysis because it never stretches beyond the what you see is what you get approach, however, there were too many plot holes to be ignored. At a certain point in the movie, the audience committed a collective “Huh?” when Mia and Mel sold their company to Luna because of the ridiculous and rapid nature that it happens in order to push the plot forward past the point of dwelling on its deficiencies.

What did end up working with Like A Boss was the pairing of Byrne and Haddish, the latter being an actress that lately has seemed typecasted as “the one who yells all of her lines.” While she still is guilty of this all throughout the film, more often she showed great chemistry with Byrne as their ad-libbing enhanced scenes and helped further expose the moments when the script failed its actors. If these two were placed in more experienced hands from the director’s chair, someone who has overseen female rated-R comedies, this easily could’ve been a sleeper hit of 2020. Instead, the film rests too comfortably on its mediocre plot and tidy resolution to make any meaningful statement.

At the end of the day, the film’s acceptance of its middling effort is its most disappointing misstep because regardless of how one may feel about a film, it is worth commending when a film really tries something different. Like A Boss plays it safe from start to finish so when you or someone else in your theater were to take a phone call during the movie, you are in no danger of missing anything of importance.