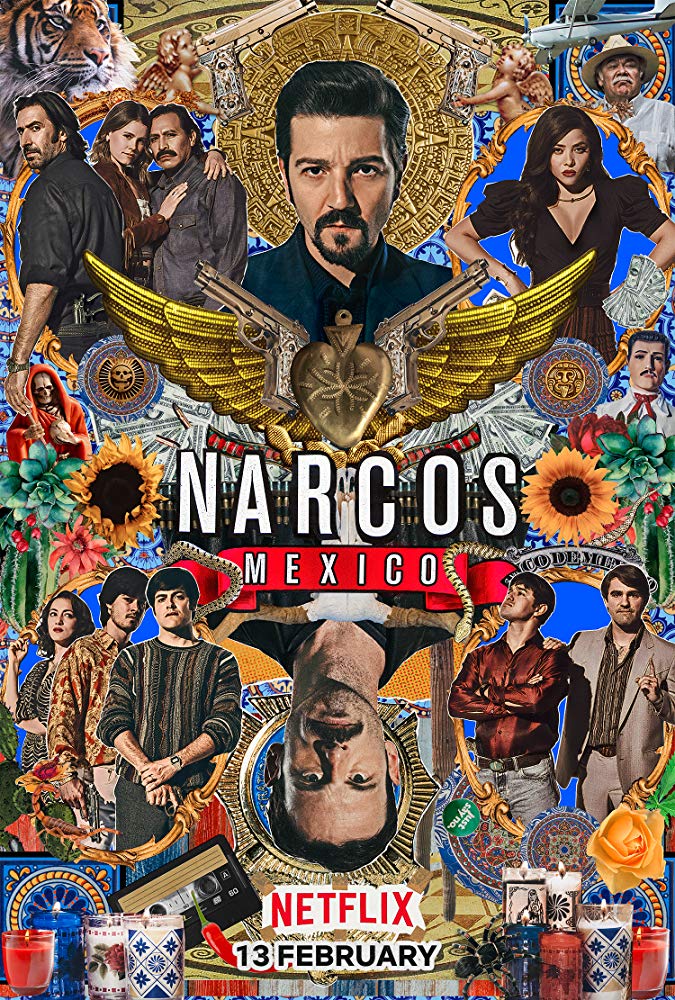 This second season of Narcos: Mexico manages to take the audience from a place of comfortability and leaves them on the doorstep of uncertainty despite knowing the history of this drug war.

For our review of last season of Narcos: Mexico, click here.

If you recall at the beginning of last season, the ominous voiceover explains that this story doesn’t have a happy ending. In fact, it doesn’t even have an ending. This season continues this trend only to bookend that foreboding thought in the closing moments of the season with a premonition where Felix Gallardo states that a storm is coming for people on either side of the war for which they are to blame…and it could’ve have all been avoided.

Season 2 continues Gallardo’s story on the heels of his success in corralling all of the fragmented drug cartels across Mexico under one roof in order to do business with the Columbians as the only traffickers of their drugs into the U.S. However, he doesn’t settle for this being enough, which it is, but strives for larger aspirations by attempting to outmaneuver the Columbians at their own game. Sadly, the harsh truth is that the story of watching Gallardo reach for more while attempting to hold together what he has is less compelling than watching him create something from nothing as he did in the first season.

This isn’t to say there aren’t great aspects of this season. While Narcos is still one of the best series available, this particular season fell just short of standing on its own amongst its other chapters. However in its defense, Narcos is a kind of series that should only be judged on its completed journey rather than its individual seasons as its overall focus is on the long and winding narrative that is the Mexican/Colombian drug trade from Pablo Escobar, Cali Cartel, Felix Gallardo and beyond. In the case of this particular chapter, while not as engaging as previous seasons, still offers up an interesting lesson in history that paints a much deeper scene for what is to come.

Diego Luna continues his exceptional run as Gallardo who is also surrounded by extraordinary characters (and actors) who help humanize such a feared business. With players such as Pablo Acosta, Amado Fuentes and El Chapo getting more screen time, Narcos: Mexico is never in danger of running out of story material and the emergence of these characters from minor annoyances in season 1 to being legitimate threats allow for the narrative burden to be collectively shared in an interesting way as viewers can easily become attached to these drug dealers. The most notable being Gerardo Taracena’s Pablo Acosta who began last season as one of the wildcard plaza leaders that Gallardo struggled to control but who transforms into an admirable character in this season.

Overall, while the major narrative of watching Gallardo struggle to retain his kingdom is not as compelling as watching him build it, the people that occupy his world are and offer enough entertainment to keep you binge-watching through the entire season. Narcos: Mexico still continues to be strong and offers no signs of slowing down anytime soon. Here’s hoping the next season is soon!