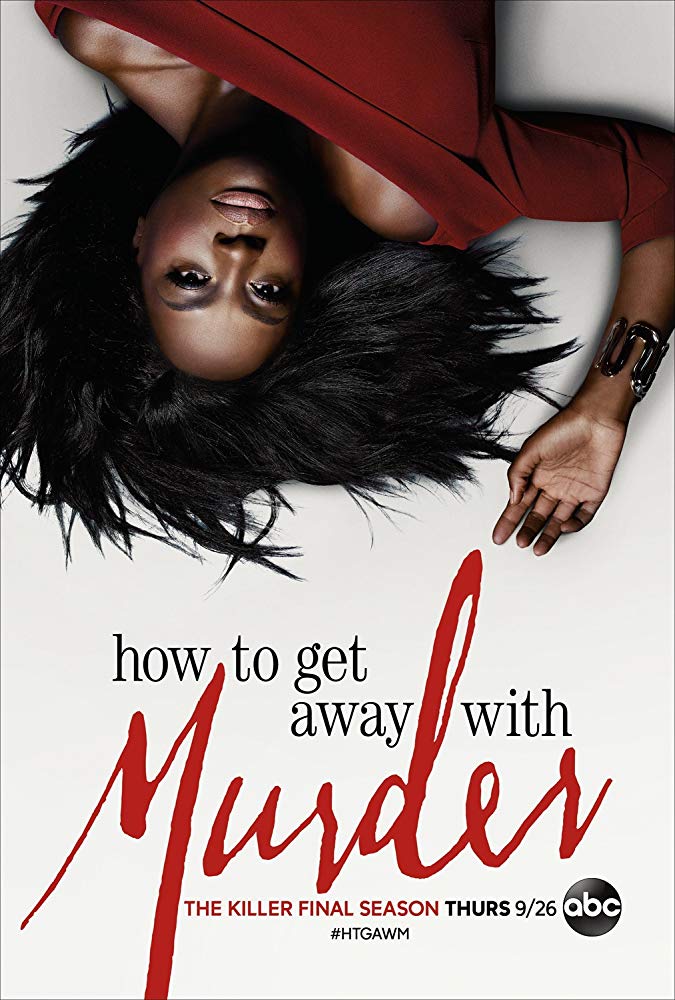 Stay was a satisfying series finale for the most part, twisting and turning until the end, that ultimately saw everyone give their A-game. We will miss you.

Synopsis: Annalise discovers there’s a surprise witness that threatens her case. Meanwhile, Connor tries to persuade the K3 to go along with a new plan. Elsewhere, a lie between Frank and Bonnie threatens their relationship as Annalise’s killer is finally revealed. (IMDb)

So it’s all over. While it was looking less and less possible as these last episodes ran, the How to Get Away With Murder nails it for the most part and does the story and its characters justice but just like anything, it won’t satisfy everyone. Though this finale did have a lot going for it with drama, intensity, and emotion, there were a few plot threads that just seemed odd.

Stay began with gun shots on the steps of the court house and someone bleeding out. It’s strongly implied that Annalise got shot, seeing the funeral scene in the midseason finale, but of course we won’t know who got shot until later since there’s still Annalise’s case to deal with. Meanwhile, fresh off of allegedly killing Hannah Keating (that question was never answered), Frank wanted more dirt on him from Hannah’s lawyer. He and Bonnie had some issues after she revealed the secret which he preferred she hadn’t.

In court, Jorge Castillo testified for the prosecution and denied any involvement in the conspiracy against Annalise (but still got shanked in prison later). There was a rumor of a surprise witness against Annalise (she thought it was Wes’ confession). Birkhead also denied everything on the stand, however, a flash drive Frank got from Hannah Keating with a recording between her and Xavier Castillo talking about Nate Sr.’s death and Birkhead’s involvement. Unfortunately or not, neither are alive anymore. Now, fearing that Gabriel was the surprise witness, Frank paid him off in exchange for not testifying (and directing him to move on from Sam as he had ruined enough lives). Meanwhile, Connor and Oliver had a fight about Connor wanting to go to prison. He thought the others should tell the truth but Michaela was going to have none of that (she already suffered in foster care and was done). Oliver took a more proactive role for once. He wanted Connor to fight as he didn’t want to lose him, even threatening to divorce Connor. Connor coincidentally was offered the same deal as Michaela (Oliver offered to testify in exchange for Connor getting that deal but Connor would refuse).

With the recent revelation in court, Nate was offered a new settlement in his father’s wrongful death suit, $20 million. He was instructed to testify against Annalise but he would essentially refuse the money and lied to protect her, also pointing the finger at the FBI. He was at ease with where he was in his life and suggested that Annalise took responsibility for how she got to where she was (also handing her Wes’ confession). Meanwhile, Annalise laid it all out (as Viola Davis had a vulnerable moment) during her closing arguments. Afterwards, that moment finally happened as Tegan professed her love for her.

While this was never really in question, Annalise was acquitted on all counts. Meanwhile, for not accepting his new deal. Connor had to go to prison which Oliver took especially hard (Conrad Ricamora was on it in this episode), blaming the sociopathic Michaela.

Back to the courthouse steps, Laurel was putting Christopher in the car as the gunshots erupted. Then the episode cut back to Annalise’s funeral as Wes approached the front (continuing that narrative). Back to the steps, as Annalise was talking to the press, Bonnie noticed Frank coming closer with devious intentions. Meanwhile, Birkhead was also exiting. She would be Frank’s target as he shot and killed her thus explaining that story.

Back to the funeral, we saw a much older Laurel (implying that the funeral was actually in the distant future) as Wes spoke Spanish to her. A much older Eve spoke. The cutting between the steps and the funeral continued. Frank was shot and killed by police while Bonnie was also caught in the crossfire as Annalise tried her best to tend to both of them. As Eve spoke, we got a glimpse of the future of the characters. Annalise lived out the rest of her days (dying of old age) with Tegan while Nate build a justice center in his father’s honor, Michaela got sworn into public office, and Connor and Oliver remained together (the Keating 3 were not close at that point).

The final scene mirrored the pilot as Wes (who was actually a grown up Christopher) riding his bike to Middleton University and getting ready to teach Annalise’s class as her spirit watched him from one of the desks.

So the writers found a way to give the series a happy ending which is nice but maybe doesn’t feel right for a series like this (or maybe that’s just the cynical part of me talking). The casting of Alfred Enoch as an older Christopher make sense but is still kind of odd. Other than that it’s hard to fault the episode. We will definitely miss you.

They Call Me Dr. Miami - A Distasteful Documentary