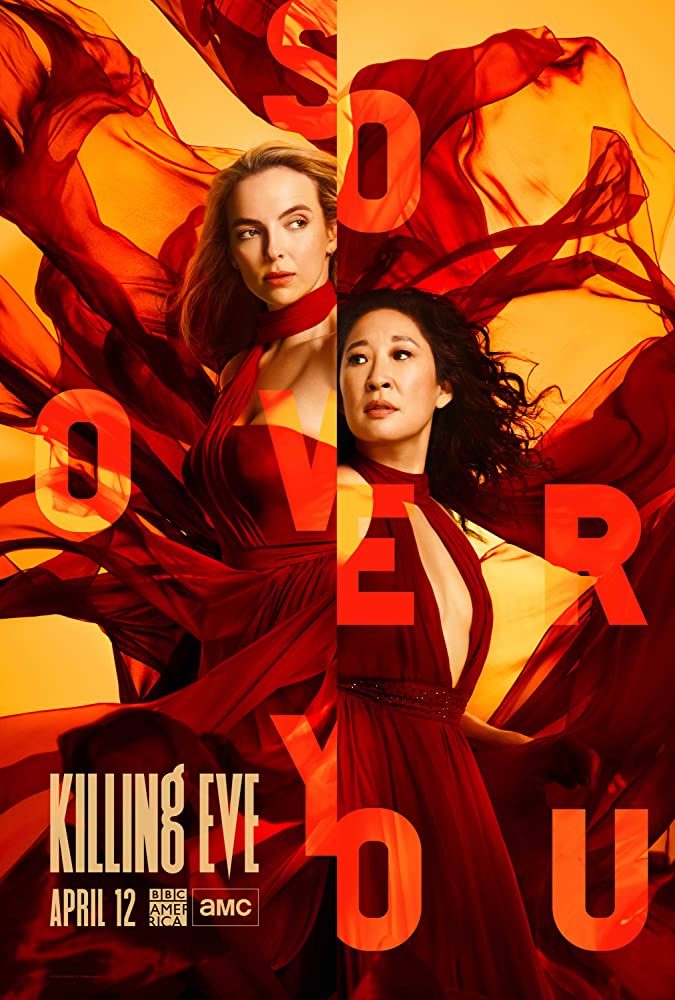 End of Game full of compelling character moments aided by great acting all around with Eve's warpath leading the way. However, things need to start moving.

For our review of the last episode of Killing Eve, click here.

Synopsis: Carolyn finds out information is being withheld by those close to her; Eve finds a lead on Villanelle; meanwhile, Villanelle has had enough and decides on a different path; Konstantin’s loyalties are split. (TV Guide)

Who knew we needed to see Eve bowling? And Carolyn also opened up for once.

End of Game started where the next to last episode left off with Niko surviving the pitchfork through the neck but barely. Eve visited him in the hospital and vowed to get to the bottom of it. However, he wanted nothing to do with her anymore (fair enough). Villanelle attended a meeting with a keeper for the twelve named Hélène (Camille Cottin) for what she thought was the promotion she asked for but instead, she was given another job though with some of the perks she wanted.

Going over all the evidence back at the Bitter Pill, it would seem that Villanelle lured Eve to Poland but Eve thought otherwise (and the body of the woman Dasha was impersonating was found). As soon as she found out about Dasha and her operations in Barcelona, she went straight to Carolyn (who had a story about her too). In Russia, Konstantin got interrupted by Villanelle (while watching his daughter Irina’s hockey game) who wanted to join his escape plan (she seemed ready to go and to leave everything behind but who knows while her silliness immediately went away at the mention of her time with her family and her mother). Whether or not she will find a way to jeopardize his plan remains to be seen.

Carolyn met with one of her contacts to get Kenny call log for the two days before he died. One of the calls he made was to a Russian number. She tried to get them through conventional means but the lack of progress on that front made her think that Paul was working for the other side (they just didn’t trust each other). In fact, the Russian number Kenny called was Konstantin (and she learned about Geraldine kissing him) therefore she confronted him and took him on a dangerous ride (after throwing his wallet out the window). He said Kenny called and asked him if he was his father for which Konstantin did not know. Meanwhile, Villanelle lured Irina away with some fun in an attempt to persuade her to let her go with Konstantin to wherever they were going. Irina wasn’t buying it.

Carolyn also finally opened up to Geraldine and gave her the brutal truth about her feelings for her (a great Fiona Shaw scene). They just weren’t compatible (she understood Kenny more than her) but since they only had each other, she was willing to try. Meanwhile, Paul may have been working for the other side after all since he was merely another character to show up at Konstantin’s place. Kruger’s wife was the new target of the twelve though with her dead, the target then became whoever ordered the hit which was Konstantin. Paul gave him the task to find them.

Eve found Dasha at a bowling alley in Barcelona as they proceeded to interrogate each other over a bowling game (a great scene thanks to Sandra Oh and Harriet Walter). Dasha denied what she did in Poland while taking credit for creating Villanelle who was now promoted making it more difficult for Eve to get to her (Eve took her off her game by mentioning that Niko was still alive). Eve was surprisingly good at bowling. Villanelle performed her job despite some complications, impersonating a Romanian politician’s makeup artist. Meanwhile, Konstantin got ready to escape while Dasha patched up Villanelle. Villanelle had had enough and wanted to leave.

The episode ended with Irina running over her mother’s boyfriend as she and Konstantin escaped.

It’s nice to see all these characters open up as this season is embracing the other characters more but we need some sort of endgame soon. The Eve subplot is going great but the others need to start moving and feel less like retreads.