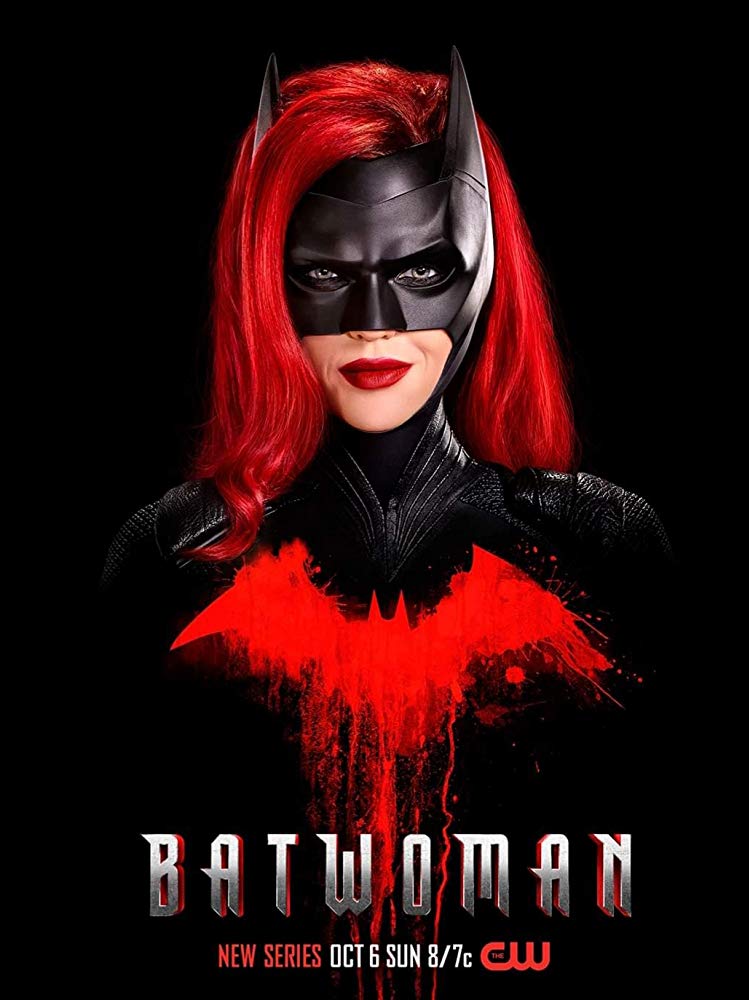 With O, Mouse!, Batwoman's early season 1 finale ends on a shocking, unexpected note--and we're still so here for it.

Synopsis: When one of Gotham’s former heroes returns to settle a score, both Batwoman, and Cmdr. Kane find themselves on the defensive; Alice uncovers what could finally take down Batwoman; Cmdr. Kane refuses to retreat from his war on Batwoman. (TVGuide)

Given that Batwoman had to end its first season early due to the coronavirus, it is shocking that they were able to pull it off. It’s impressive, to say the least given the number of twists and turns it had–and one very big reveal.

The finale spends a ton of time focused on the fact that Jacob Kane cannot stand Batwoman, and will stop at nothing to get rid of the vigilante. Unfortunately for him, he has no idea that the masked superhero is none other than his daughter. I’m already imagining the episode where he will learn her true identity–and it ain’t going to be pretty. After Arkham Asylum’s most frightening inmates escaped during last week’s episode, things got pretty chaotic around Gotham City. But the finale’s focus was on a past football player that wound up in Arkham after a series of unfortunate events. But the worst part of his escape? He doesn’t feel any pain and has no qualms about killing anyone that gets in his way.

It took a while, but in order to tackle the guy, Batwoman/Kate had to convince dear ‘ol Papa Bear to team up. And for a moment, it seemed like she got him on board. But it’s not until after Jacob and the C.R.O.W.S. kill the Arkham inmate, that he reveals his true plan–killing Batwoman. It was hard to watch Jacob and his men shoot Batwoman with no reservations, all while having no idea who Batwoman actually is. When he finally realizes who she is, it’s going to be one hell of a day for Papa Kane. But don’t worry, Batwoman gets away because the handy-dandy Batsuit is a pretty awesome shield against basically everything–besides kryptonite. This takes us to the second focus of this finale.

Luke is busy trying to figure out how to destroy what he believes to be the only kryptonite in the world left, something Superman once left behind for Batman. We learned from Lucius’ journal that this green gem can kill the Bat-folks, as well, so the name of the game is to get rid of this kryptonite. Thanks to a random comment by Mary, Luke figures out that with a very, very large hammer of sorts, he can destroy it. However, you may recall Supergirl gave Batwoman kryptonite some time back, sort of as a “just in case” situation. So there’s still some of that lurking about in Batwoman’s possession, but she doesn’t plan to destroy it until she talks to Supergirl about it. After all, it’s not hers to destroy. This will definitely come back to bite her in the butt.

Also working hard on all things kryptonite is Alice, who has Lucius’ journal and learns that Lucius had the kryptonite, and she’s basically SOL in terms of finding it. Believing they’ve reached a dead-end, Mouse tries to convince Alice to leave this all behind and move on. Alice agrees with him, and for a moment, it appears she may actually be ready to leave it all behind. That is until she poisons and kills Mouse. Well, then. She’d rather kill Batwoman than go away with the only family she’s ever really known. Hopefully, they touch on Alice’s regret over doing this a bit more next season, well that is if she actually has any.

This finale had its surprises, but nothing was bigger than and better than how it ended. With Mouse dead, Alice still has Tommy Elliot, aka Hush to contend with, and his “face” situation. So she finally solves that ordeal, and for a brief moment, it appeared that she gave him Mouse’s face. But nope, Instead, in the final few moments of the finale, Alice gives Tommy his new face as she holds up a magazine with an unfamiliar face on it, but a very familiar name–have you ever heard of…Bruce Wayne? That’s right Arrowverse, Alice gave Tommy, Bruce’s face, and just like that, we got our first glimpse at the Bruce Wayne. Sure, it’s not actually him, but it’s only a matter of time, right? And then maybe, just maybe, we’ll get Batman too. One can dream, right?

Now that’s a wrap, fellow Batwoman fans. we can surely all agree that for a new show, the series did pretty darn well. It kept us on our toes and had plenty of “O-M-G” moments than we might have expected. And I am a happy camper, as a result. Given production halts, we won’t be seeing any new episodes until 2021, but hey, we can always do a rewatch, right?

Until next season/year, folks!