Jordan Peele made a name for himself beyond his acting career with his thrilling directorial debut. Many people expected this to be a one-hit wonder, but with Us Peele proves to be paving his own path as one of cinema’s greatest horror writers (review here).

For this week’s list of movie recommendations, I’ve looked at stories that give a similar goosebump-inducing atmosphere or feel like influences on this film. These films aren’t all cinematic masterpieces by any means, but they certainly quench the craving that Us might leave you with after two hours of chills and thrills. The first film for this list is a no-brainer as it is the most recent film under Jordan Peele’s belt. Get Out follows the story of a young African-American man who goes with his Caucasian girlfriend to visit her mysterious hometown for a weekend. Jordan Peele is carving out his own niche of horror that blends terrifying elements of classic horror with a commentary on society that creates a deeply layered narrative. Get Out is no different in that regard bringing a layered, thrilling story filled with strong characters, a chilling turn of events and a strong underlying look at the world around us. If you enjoyed Us’ story, characters, themes, tone, style, or atmosphere then you might like Get Out.

Us isn’t the first film to follow a family being attacked in a remote summer home. The Strangers follows the story of a young couple staying in an isolated vacation home who are terrorized by three unknown assailants. It might not have the same family dynamic as Us, but the stories end up being quite similar. An innocent couple is marked for death by some crazy murderers who mysteriously appear in this isolated location. Sure the characters in Us have real motivations in comparison to The Strangers, but the terror of being hunted by an entity who won’t quit until it kills you is nightmare fuel either way. If you enjoyed Us’ story, horror, tone, or atmosphere then you might like The Strangers.

This addition is a little less mainstream, but surprisingly similar in its themes. The Abandoned follows the story of an adopted woman who returns to her home country and must face the mystery that lies there. The main character travels to her home country where she learns of doppelgängers that are tethered to her and the people around her. What happens to one happens to the other which is eerily similar to the terrifying tethered elements in Us. If doppelgängers are your go-to source of fear, this film is right up your alley. If you enjoyed Us’ story, horror, themes, tone, or atmosphere then you might like The Abandoned.

INVASION OF THE BODY SNATCHERS (1978) 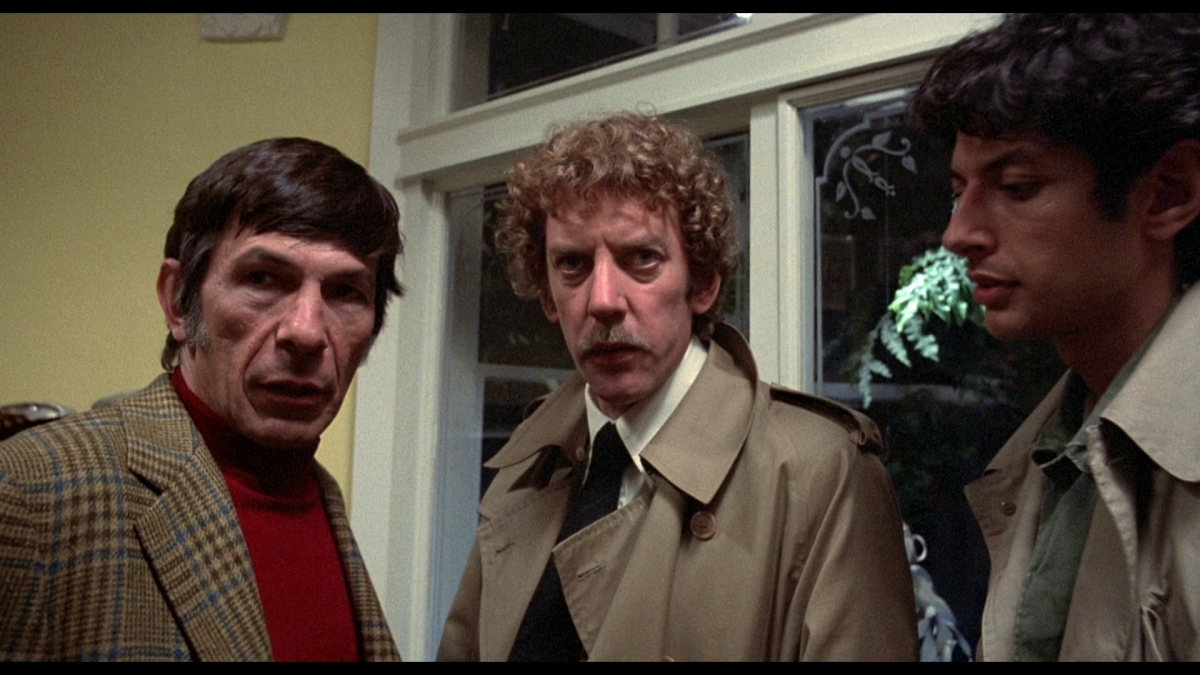 The only classic horror film on this list, but most likely the most influential. Invasion of the Body Snatchers follows the story of a group of people who discover the human race is being replaced one by one with clones devoid of emotion. Jordan Peele has continually referenced his love of classic horror, which makes sense given his passion for rebooting Twilight Zone. If one horror could be picked out as the most similar to Us it would be Invasion of the Body Snatchers. The fear of clones replacing us and making us expendable is a definite fear of society. Just replace tethered doppelgängers with clones and these stories have very strong thematic links. If you enjoyed Us’ story, themes, tone, style, or atmosphere then you might like Invasion of the Body Snatchers.

The final film on this list is uncoventional, but hear us out. Black Swan follows the story of a committed dancer who struggles to maintain her sanity after winning the lead role in a production of ‘Swan Lake.’ This film is surprisingly dark and filled with psychological horror elements that create the same atmosphere as Us. The characters struggle with identity and paralleled lives similar to that of the tethered. Add the themes focused on societal commentary and these films are both wolves in sheep’s clothing just waiting to scare you with bone-chilling twists. If you enjoyed Us’ themes, tone, or atmosphere then you might like Black Swan.

The Walking Dead Season 9 Episode 15: The Calm Before Review