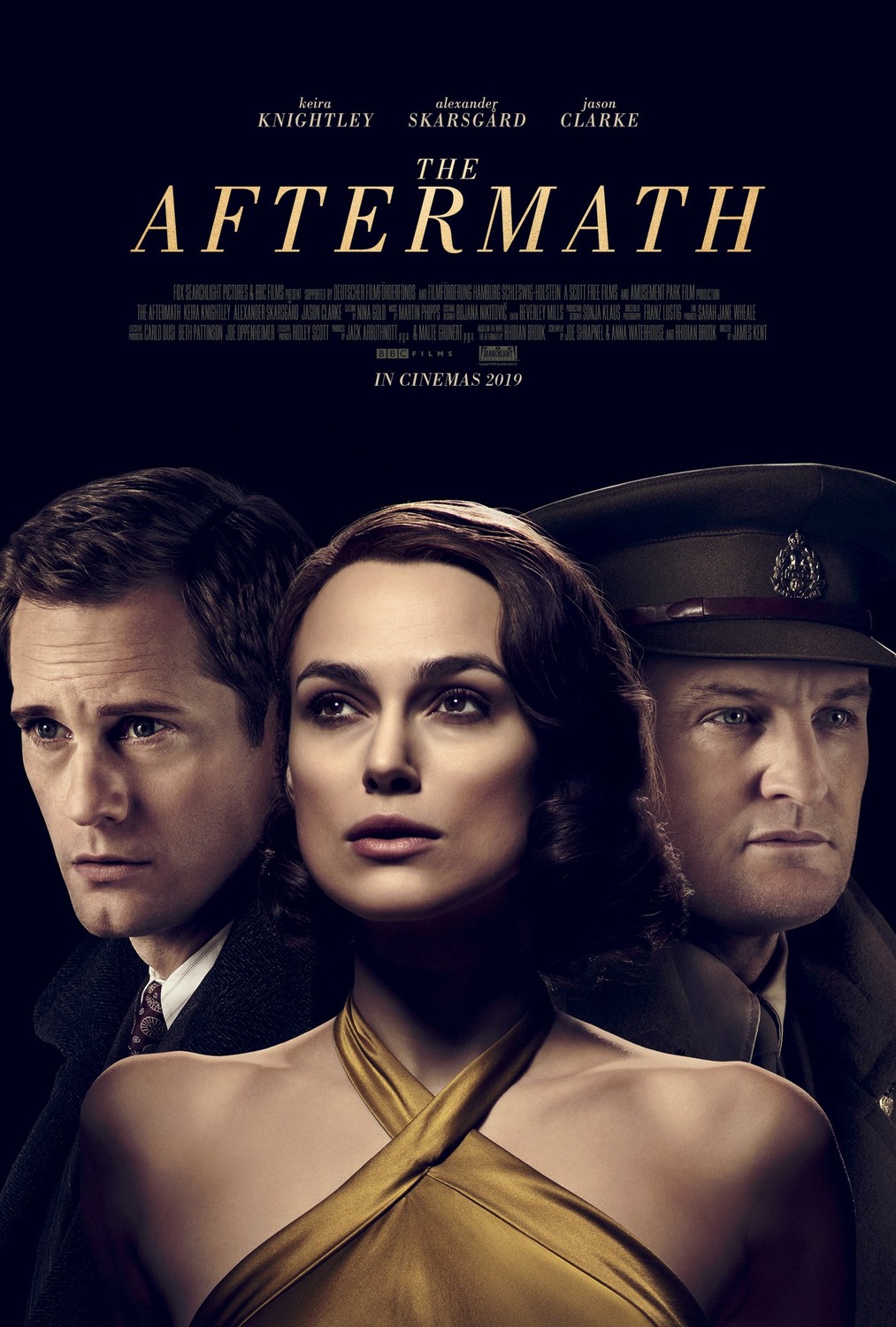 Synopsis: In 1946 Rachael Morgan arrives in the ruins of Hamburg to be reunited with her husband, Lewis, who is a British colonel charged with rebuilding the shattered city. As they set off for their new home, Rachael is stunned to discover that Lewis has made an unexpected decision: They will be sharing the grand house with its previous owners, a German widower and his troubled daughter. In this charged atmosphere, enmity and grief give way to passion and betrayal. (Fox Searchlight)

Directed by James Kent, The Aftermath follows the story of Rachael Morgan (Knightley), a British woman, who arrives in the ruins of Hamburg months after the war ended. She is reunited with her husband Lewis (Clarke), a British colonel entrusted with helping to rebuild the city. She is uneasy being in a hostile country. To make matters worse she is forced to share her new home with its previous owners, a German architect and widower Stefan (Skarsgard) and his daughter. With her husband’s focus on saving the city, this neglected wife finds herself draw to those she once despised.

Hollywood seems to have four or five war-time films released each year, but they become more formulaic as time goes on. The Aftermath does exactly that by downplaying its stronger elements to focus on an underdeveloped and predictable storyline. The first hour of set up is beautifully done. It sets the tone of story using the backdrop of the ruins of Hamburg. British soldiers are still at conflict with the rebellious locals as Germans try to unbury the rubble of their city.

This setting mixed with the resentment of two sides needing to work together after years of war, destruction and death is a strong backbone for a post-war story. Unfortunately, this set up and themes are cast aside for the more boring and shallowly written love triangle. The story becomes tonally off with an inability to decide whether it wants to be a historical or romantic drama.

Overall, The Aftermath is a slow, passionless romantic drama that never hits its stride in either of its genres. While it has some decent performances, deviates from the typical war-time story and dives into some post-war themes, the shallow writing, bland characters and inconsistent tone make for a boring, forgettable affair. It seemed to enjoy having most of its impactful drama happen off-screen.