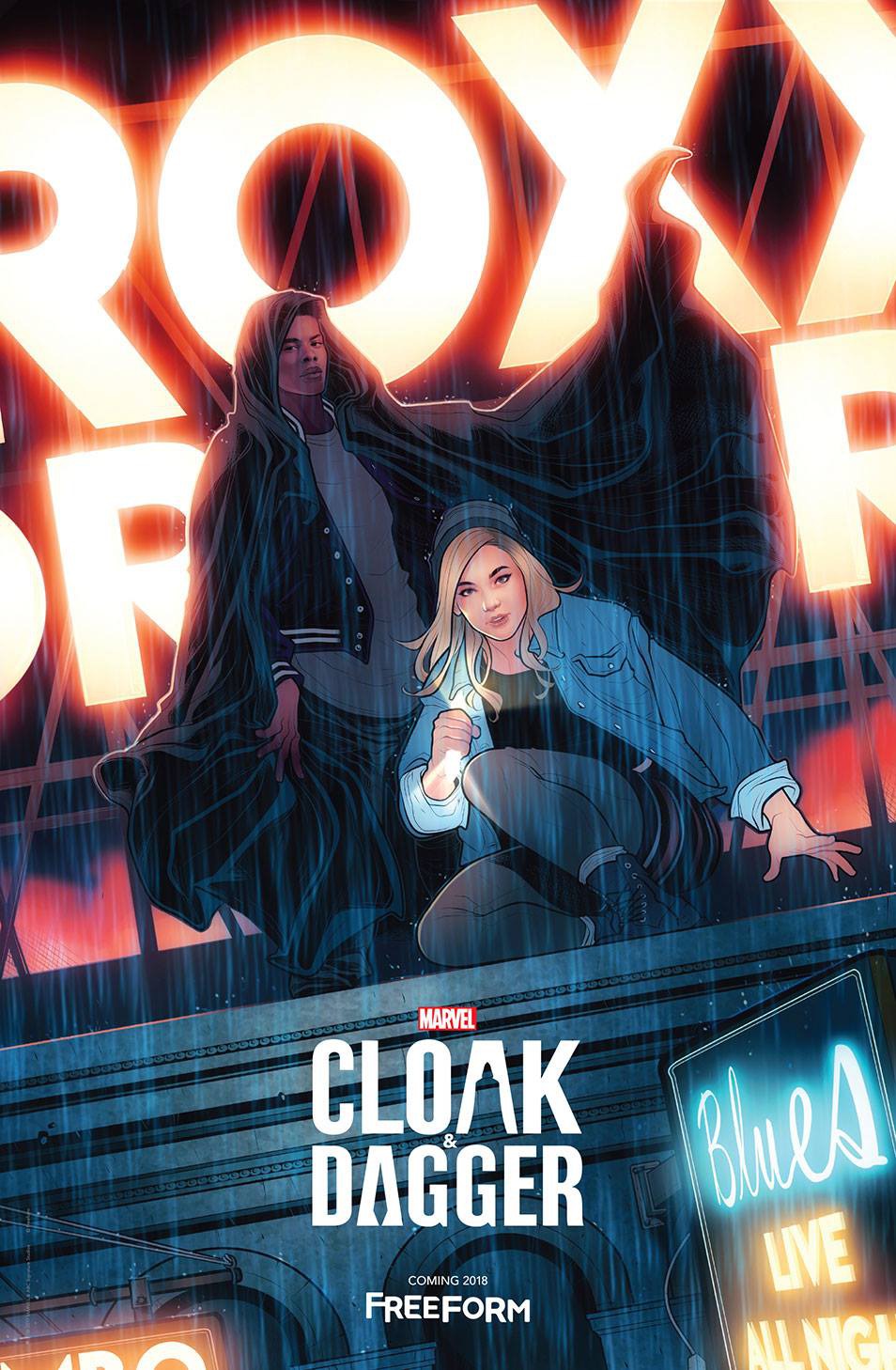 All in all, Marvel's Cloak & Dagger is off to an explosive and solid start. The action is there and it will be exciting to see where their relationship goes from here. Last season we spent a lot of time getting to know these characters individually so seeing them work together and connect the way they do is extremely exciting. Here's to an epic second season!

If you would like to read our review of last season of Marvel’s Cloak & Dagger, click here.

Synopsis: After coming to terms with their destiny, Tyrone and Tandy find it difficult to just stand by and do nothing while bad things continue to happen throughout the city; Brigid struggles with her recovery. (Episode 1); Desperate to help, but only finding they cause more problems than solving them, Tyrone and Tandy continue to struggle with their situation. (Episode 2) (TVGuide)

Marvel’s Cloak & Dagger is back! And better yet, it came back guns blazing with a two-hour season premiere. It’s been quite a long time since we’ve seen Tandy and Tyrone, and it feels even better knowing that they are very much a part of their lives when season 2 picks up. About eight months after where season 1 ended, things are very different than how the entire series started.

Tyrone is still hiding out in the church and on the run, but he’s close with Tandy, who visits him and keeps him company. She’s the only one in his life at the moment and seems to be doing pretty well. Things are great between her and her mom and there is an open dialogue regarding the truth about her father. Not only do they openly face their past, but both Tandy and her mom even go to a domestic abuse support group together.

With nothing else to do, Tyrone spends his time trying to take care of the crime in the city. He’s been busy outing drug rings and criminals, leaving them exposed to the authorities. However, Brigid is not very happy with how he’s handling things. In fact, she doesn’t want him involved at all because he only seems to be causing more mayhem (haha, get it?). By the end of the first hour, things take a dark turn when Tandy and Tyrone try to record a meeting between leaders of different gangs. Basically, everyone ends up dead, with Tyrone and Tandy left in shock over what just happened.

Going into the second half of the premiere, the dots begin to connect. It seems Brigid is responsible for all of this, but something doesn’t make sense. Does she have multiple personalities? Is she secretly evil? Spoiler alert: neither of those answers is correct. She’s actually two different people–herself and Mayhem.

Tandy comes across someone who she thinks is Brigid while out on a mission, but there is something off about her. As soon as Tandy isn’t looking, “Brigid” murders someone. It’s a bit jarring because the Brigid we know and love isn’t this violent or aggressive. Well, you can all take a big sigh of relief because this woman isn’t actually Brigid. She’s a whole other person on her own and goes by the name Mayhem.

This entire mystery comes together when Tyrone finds the real Brigid back at home tied up. After channeling Tandy, the real Brigid and Tyrone stop Tandy and the Mayhem version of Brigid. TWO PEOPLE?! Oh man, this season is going to be so good.